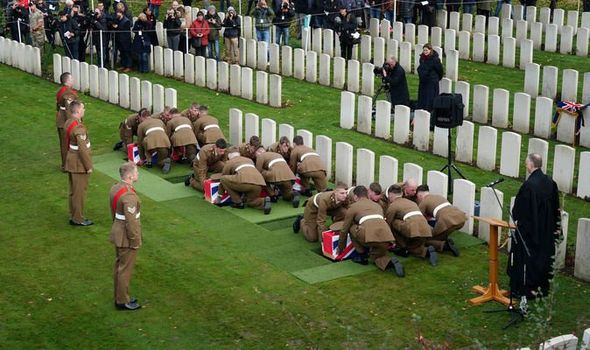 Relatives paid their respects as their Union Flag-draped coffins were carried by members of the ­1st Battalion Royal Regiment of Fusiliers to graves alongside ­fallen comrades in nearby Tyne ­Cot Cemetery. A gun salute was fired at the ­ceremony, attended by the Duke ­of Kent, 86, president of the Commonwealth War Graves Commission. Remains of eight ­soldiers were found three years ago during civil engineering works. The ninth was found separately.

Seven from the 11th Battalion Northumberland Fusiliers were identified from personal items.

Some 275,000 soldiers under British command were killed or wounded during the battle.