North Korea has been urged to abandon plans to send 12 million propaganda leaflets to the South using balloons.

Tensions on the Korean Peninsula have been rising in recent weeks, with the North destroying a joint liaison office and threatening military action over defectors in the South sending leaflets across the border about leader Kim Jong Un.

If North Korea carries out the leaflet drop, it would be the largest such propaganda campaign launched against its rival.

South Korea has called on Pyongyang to suspend its plan, saying the leaflets “are not helpful to relations at all”.

But North Korea claimed it had already prepared the millions of leaflets “against the enemy” and would float them towards South Korea on 3,000 balloons.

Some analysts have suggested drones might also be used to send the leaflets – which usually boast of the North’s military power and are critical of the South – if the weather conditions are not favourable.

“Our plan of distributing the leaflets against the enemy is an eruption of the unquenchable anger of all the people and the whole society,” the official Korean Central News Agency reported. “The time for retaliatory punishment is drawing near.”

Observers say any leaflet drop would represent the latest in a string of provocations from the North to force concessions from Seoul and US officials in Washington, with nuclear talks at a standstill.

Activists in the South have threatened to drop around a million leaflets across the border later this week, marking the 70th anniversary of the start of the 1950-53 Korean War.

South Korean officials have said they will ban civilians launching any balloons towards North Korea.

One group dropped a plan to float hundreds of plastic bottles stuffed with rice, medicine and face masks into the sea near the border at the weekend. 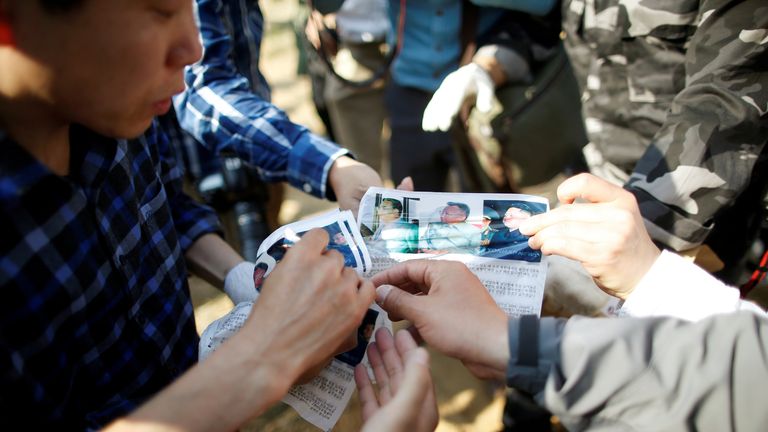 The two Koreas are still technically at war as the 1950-53 conflict ended without a peace treaty. Both countries have waged leaflet campaigns for decades, but agreed to cease “all hostile acts” in a 2018 peace accord.

Talks have been at a virtual standstill since February last year when a summit between Pyongyang and Washington came to nothing.

Tags: 12, float, Korea, North, ready, TO
You may also like
Recent News:
This website uses cookies to improve your user experience and to provide you with advertisements that are relevant to your interests. By continuing to browse the site you are agreeing to our use of cookies.Ok