A 51-year-old British man is suspected of issuing a bomb threat midair during a Ryanair flight from London to Oslo. 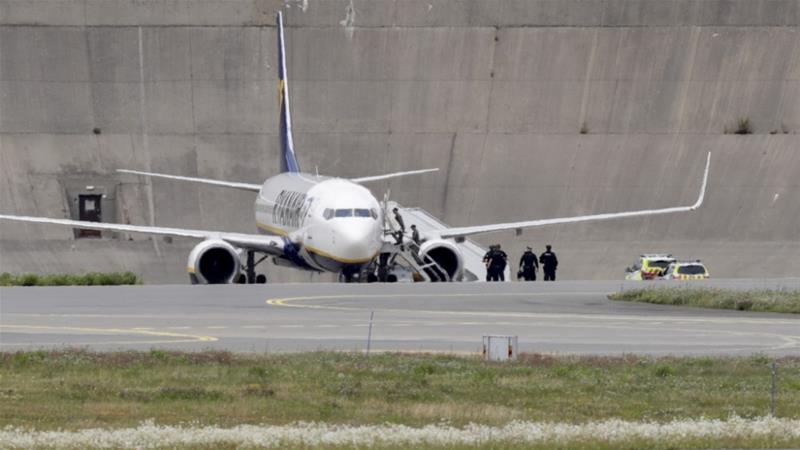 Norwegian authorities say they have arrested a 51-year-old British man suspected of issuing a bomb threat midair during a Ryanair flight from London to Oslo.

The incident triggered a security operation at the Norwegian capital’s Gardermoen airport and the plane was escorted to Norway by the Royal Danish Air Force’s F-16 fighter jets.

Flight FR1392 from Stansted airport with 142 passengers and six crew members on board landed safely at Gardermoen on Friday, officials said.

Norwegian police said on Twitter: “A Ryanair plane has received a bomb threat while in the air. The plane has landed safely on the runway. The situation is unclear. We are on site with great forces.”

Police said later the situation was under control by the authorities with all passengers evacuated and the plane being examined by emergency, counterterrorism and bomb squads.

“We have initiated an investigation into the case and will interrogate the man as soon as possible,” Unnestad said.

VG said Ryanair crew allegedly discovered a note suggesting a threat on the plane. There was no immediate comment available from Ryanair.

Tags: arrests, British, man, NORWAY, sus
You may also like
Recent News:
This website uses cookies to improve your user experience and to provide you with advertisements that are relevant to your interests. By continuing to browse the site you are agreeing to our use of cookies.Ok