The French European affairs minister posted a tweet with a picture from the football game with a celebratory message: “And in the end, France wins!” But the tweet was picked up by Generation Frexit campaigner Eric Noirez who promptly mocked Mr Beaune alluding France does not win against Germany when it comes to decision-making in Brussels.

The Frexit campaigner went on to write: “If Germany had won, Clément Beaune would have told us ‘and in the end, it’s Europe that wins’: it’s practical the Euro for Europeanists.”

Generation Frexit leader Charles-Henri Gallois also tweeted: “We will never spit on a victory against Germany!

“Big defensive match of the blues!” 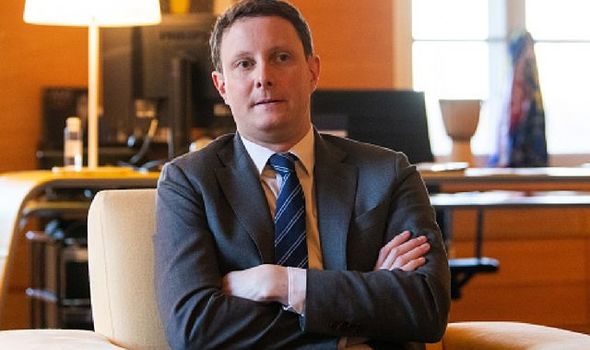 German player Mats Hummels’ own goal saw France seal a tight 1-0 win over Germany in Munich in their opening game of Euro 2020 on Tuesday.

Ahead of one of the most anticipated matches of the competition there was a bizarre incident just before the kick-off when a protestor parachuted into the stadium, crashed into and injuring two supporters, before landing heavily on the pitch and being led away by security.

UEFA has confirmed “several people” are being treated in the hospital for injuries caused by the protester.

European football’s governing body said “law authorities will take the necessary action” for what it called a “reckless and dangerous” act.

Debris fell onto the pitch and into the stands when the parachutist got tangled in wires carrying an overhead camera, while France head coach Didier Deschamps was seen ducking out of the way of a large piece of equipment near the dugout.

The activist from Greenpeace had the words “Kick out oil Greenpeace” written on his parachute.

The man landed heavily on the pitch and was given medical attention before being escorted away by security.

A statement released to the PA news agency said: “Shortly before the start of tonight’s UEFA EURO 2020 match between France and Germany in Munich, a protester briefly entered the stadium from the air and tried to land on the pitch. 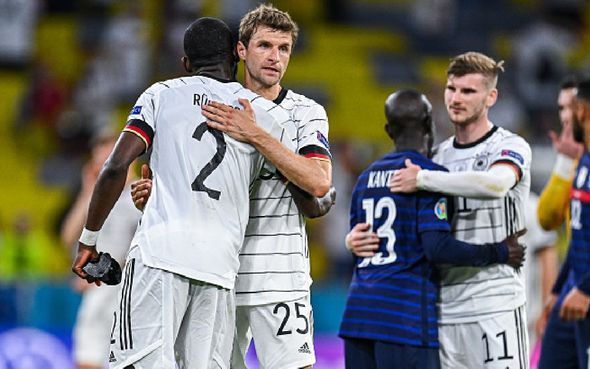 “This inconsiderate act – which could have had very serious consequences for a huge number of people attending – caused injuries to several people attending the game who are now in hospital and law authorities will take the necessary action.

“UEFA and its partners are fully committed to a sustainable EURO 2020 tournament and many initiatives have been implemented to offset carbon emissions.

“The staging of the match was fortunately not impacted by such a reckless and dangerous action, but several people were injured nonetheless.”

Greenpeace’s German Twitter account confirmed that the stunt was a protest against tournament sponsor Volkswagen, demanding an end to the sale of petrol and diesel cars.

When the match got under way it was won 1-0 by France after a Mats Hummels own goal in the first half.