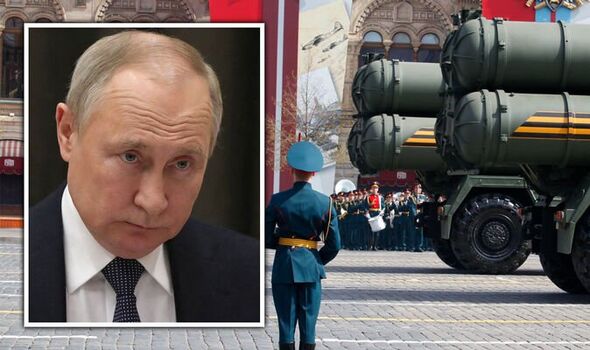 Dmitry Rogozin, Director General of Russia’s State Space Corporation “Roscosmos” and former deputy Prime Minister for defence, has issued a grim warning about Moscow’s nuclear strength. He claimed on Sunday it would take only half an hour for Russia to destroy NATO countries, but insisted it should not be allowed to happen.

Mr Rogozin said on his Telegram channel: “In a nuclear war, NATO countries will be destroyed by us in half an hour.

“But we must not allow it, since the consequences of an exchange of nuclear strikes will affect the state of our Earth.

“NATO is waging war against us. It has not declared it, but it doesn’t change anything. Now it’s obvious to everyone.

“The Ukrainian national battalions and the Armed Forces of Ukraine are consumables, cannon fodder for NATO, they are just operators trained by NATO instructors who press the levers and buttons of NATO weapons.”