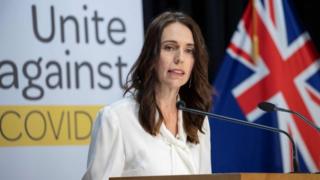 New Zealand PM Jacinda Ardern has thanked people for “stopping an uncontrolled explosion of Covid-19”, as she announced an easing of lockdown.

The country has been praised for its quick and strict response to the virus, and will move from “Level 4” lockdown to “Level 3” late next Monday.

It means some businesses can reopen, along with some schools, while rules on local travel will be relaxed.

“We have done what very few countries have been able to do,” Ms Ardern said.

What is changing in New Zealand?

The country introduced a state of national emergency on 25 March, and went to “Level 4” later that day.

That was four days before the first virus-related death in the country was confirmed.

The Level 4 lockdown meant people had to stay at home, except for “essential personal movement”. Exercise was allowed locally, but travel was “severely limited”.

Businesses closed – except for essential services – as did schools and public venues. All gatherings were cancelled. 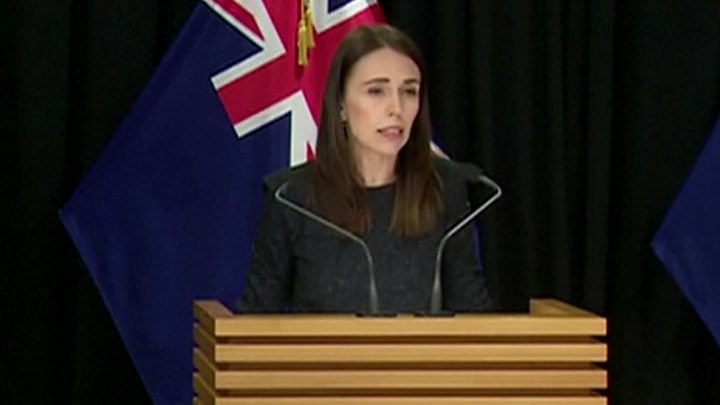 Level 3 allows some of those restrictions to be relaxed. Schools can open with “limited capacity”, and businesses can open but not “physically interact with customers”.

Gatherings of up to 10 people are allowed but only for weddings, funerals and tangihanga (Maori funeral rites).

Level 3 will last for at least two weeks, with a new decision on 11 May.

Separately, New Zealand closed its borders to almost all foreign travellers on 19 March – but that policy remains unchanged.

What did Jacinda Ardern say?

“We believe that decisive action, going hard and going early, gave us the very best chance of stamping out the virus. And it has,” she said.

“We have done what very few countries have been able to do – we have stopped a wave of devastation.”

Ms Ardern said the transmission rate – the number of cases each person with the virus passes it onto – is now less than half a person each.

When the transmission rate is below one, cases will decline and eventually die out.

“You, all of you, have stopped the uncontrolled explosion of Covid-19 in New Zealand,” she said. “I couldn’t feel prouder of the start that we have made together.”

What is the Covid-19 situation in New Zealand?

New Zealand, which has a population of five million, has had 1,440 confirmed cases and 12 deaths.

Just nine new cases were announced on Monday. Seven of the deaths are linked to a care home in Christcurch.

Tags: 'sto, after, ease, Lockdown, NZ, TO
You may also like
Recent News:
This website uses cookies to improve your user experience and to provide you with advertisements that are relevant to your interests. By continuing to browse the site you are agreeing to our use of cookies.Ok