A US adult star was rushed to hospital after suffering a heart attack mid-striptease following a TikTok stunt.

OnlyFans model Briatney Portillo, 20, was about to perform on stage at her exotic dancing job when she started sweating uncontrollably in the locker room.

She told Buzzfeed that she had taken part in the "dry scooping" TikTok craze earlier that day, which saw her rushed to hospital in her bikini.

The stunt involves ingesting protein powder before a gym workout which supposedly boosts the "energising" effects.

Briatney said: "After I took the pre-workout, I started to feel tingly and itchy all over my body, which wasn’t a good feeling, but I googled it and it said that was a normal side effect.

"So I began to do my workout. I started to feel a heavy feeling in my chest and slight pain, but it wasn’t too bad. I thought it was maybe anxiety or a bad panic attack, so I decided to just ignore it and push through my workout."

She felt better after a shower and headed to her job as a striptease dancer.

She said: "In the locker room of my job, I started getting hot, even though it was cold in there. 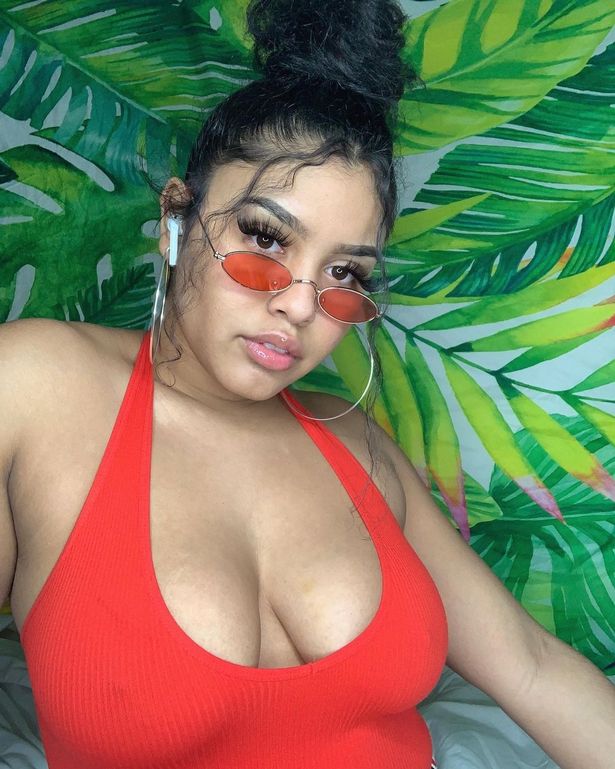 "I started sweating a lot and was drenched even though I was wearing a bikini. Then my chest pain came back and this time it was more intense.

"The pain went to my back and to my left arm and my left arm went slightly limp, so I knew those were symptoms of a heart attack.

Nurses were reluctant to diagnosis her with a heart attack due to her young age until tests confirmed it.

She was kept overnight and doctors confirmed she had an NSTEMI heart attack that causes relatively little damage to the heart.

Pre-workout powder is typically comprised of amino acids, B vitamins, caffeine, creatine, and artificial sweeteners and is designed to be diluted with liquid. Briatney said: "They said to stay away from caffeine and watch what I take — especially pre-workout, since it isn't regulated by the FDA.

"They said I was OK to work out within 3–4 days after my hospitalisation and to start watching my heart rate on either a Fitbit or a smart watch."

She added: "I decided to share my story to raise awareness — being 20, I would’ve never assumed I’d get a heart attack from pre-workout.

"I just want people to be careful with what they're consuming. Just because you see it online, even if it’s 'fitness influencers' doing it, doesn’t mean it’s safe.

Tags: OnlyFans, TikTok
You may also like
Recent News: