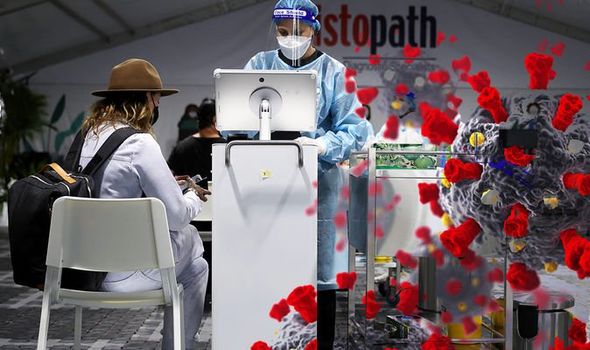 A South African man who tested positive for the variant was found to have a genetically different version of virus strain. He is currently isolating at a quarantine hotel in Brisbane.

The new sister of the variant does not have one of the genes that are used to identify the Omicron strain, the World Health Organisation says.

This means the shortcut for locating it may not be able to be used.

Peter Aitken, Queensland’s acting chief health officer, said that the sub-lineage did not appear to have the S-gene dropout – the genetic marker used to distinguish Omicron from other variants of the virus.

He added: “It has enough genes to be classified as Omicron, but we don’t know enough about it for what that means as far as clinical severity, vaccine effectiveness.

“What we do know is that Omicron is more infectious and more transmissible.”

Peter Collignon, microbiologist at the Australian National University, told the Guardian: “It is mainly at the moment an issue about the technicalities on how they are picked up.

“If the genes have been deleted, and there’s another lineage where the gene hasn’t been deleted, you may not think it is Omicron when in fact it is.”

Professor Collignon explained that the new sub-lineage was not a new variant as it was not different enough in its genetic makeup.

He said: “I don’t think you can call it a new variant, it’s a sub-set. A new variant signifies a major change from what we’ve had already,” he said.

On November 26, the WHO declared the Omicron variant, which was first detected in southern Africa, a variant of concern. It is the fifth SARS-CoV-2 strain to carry such a designation.

Since then, the new variant has been tracked to countries around the world, including the UK.

Yesterday Health Secretary Sajid Javid said that there were now cases in the community “with no links to international travel”.

This suggests that the variant was being transmitted between people already in the UK.