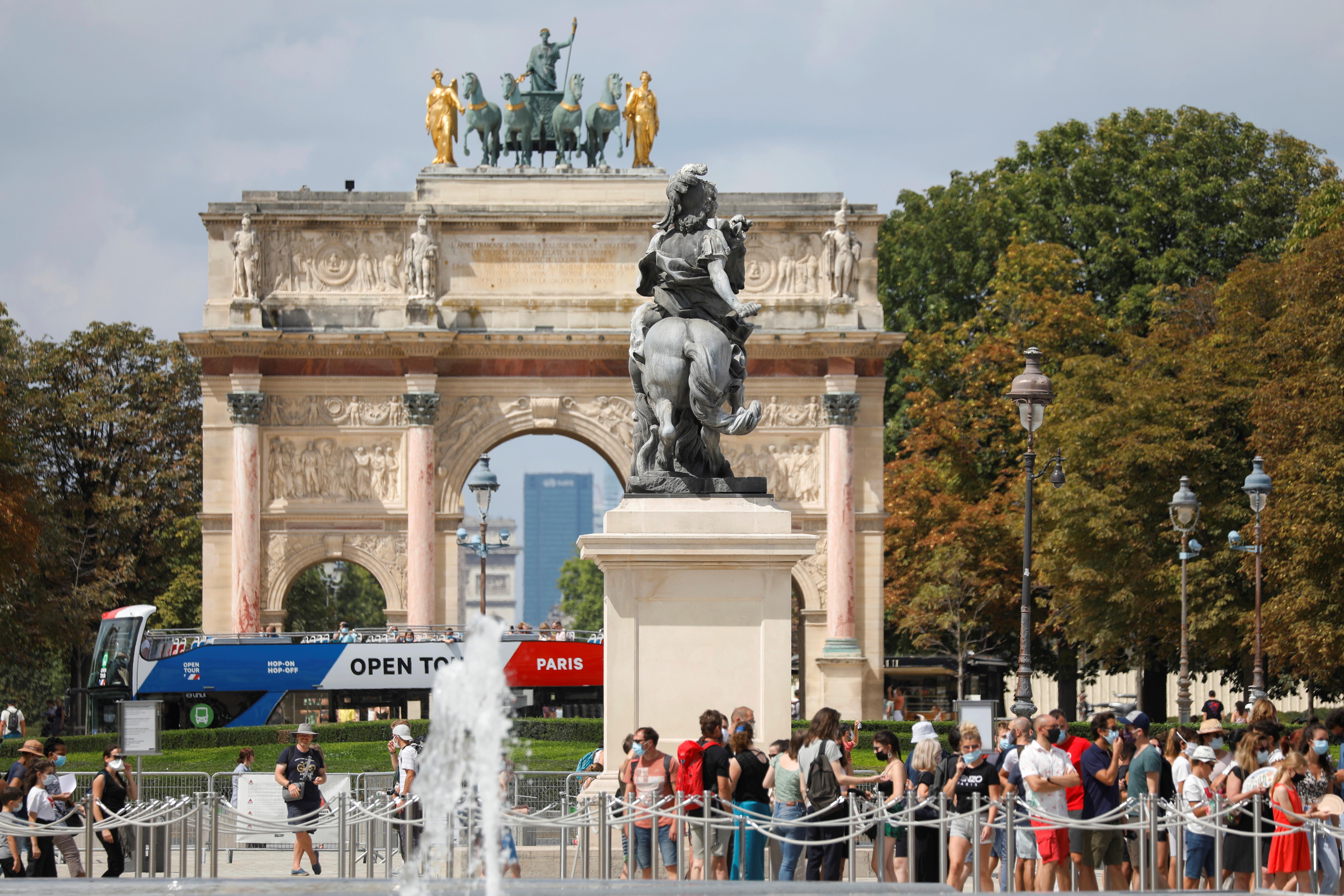 PARIS (Reuters) – The French government on Friday declared Paris and Marseille and its surrounding area high-risk zones for the coronavirus, granting authorities there powers to impose localised curbs to contain the spread of the disease.

The declaration, made in a government decree, follows a sharp increase in COVID-19 infections in France over the past two weeks.

On Thursday, France reported more than 2,500 new COVID-19 infections for the second day in a row, levels last seen in mid-April when the country was in the middle of one of Europe’s strictest lockdowns.

The government move gives local authorities in Paris and the Bouches-du-Rhone area powers to limit the circulation of people and vehicles, restrict access to public transport and air travel, limit access to public buildings and close restaurants, bars and other establishments.

Paris and Marseille had in recent days already made the wearing of face masks mandatory in busy public areas.

Late on Thursday Britain said it would impose a 14-day quarantine on all arrivals from France from Saturday because of the spike in infection rates.

The Netherlands and four other countries were also added to the UK quarantine list that already included Spain and Belgium.

Making Paris and Marseilles red zones could have a major impact on tourism, as it could lead other countries to impose quarantines on their citizens returning from those areas.

Tags: Coronavirus, FRANCE, H, HEALTH, US
You may also like
Recent News:
This website uses cookies to improve your user experience and to provide you with advertisements that are relevant to your interests. By continuing to browse the site you are agreeing to our use of cookies.Ok