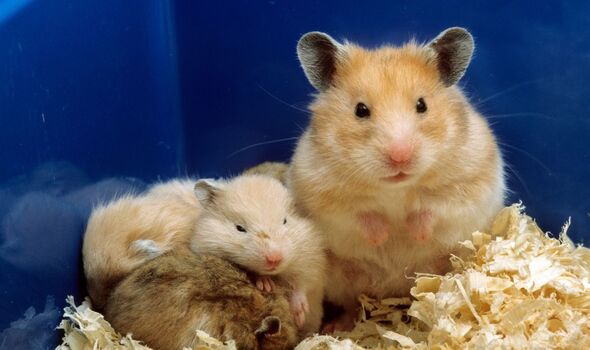 Thousands of people living in Spain, including expats, fear they may have to put their much-loved pets down as the government prepares to announce tighter laws on keeping animals in homes. Spain already has a tight list of animals that cannot be kept as pets due to their endangered or protected status. But they are expected to add to this list in coming weeks. Details have not yet been released but it has been reported this new list could include hamsters, rats, lizards, and snakes.

The prospect has left pet owners reeling as they fear they may be forced to euthanise their much-loved animals.

Since 2013, many common pets have been included in the Spanish Catalogue of Invasive Alien Species, which categorically prohibits keeping raccoons, Argentine parrots, lovebirds, Vietnamese pigs, peninsular tortoises and hedgehogs.

The new Animal Welfare Law currently being drawn up significantly expands the list of pets prohibited at home. The new laws will establish a series of requirements for an animal to be considered domestic.

In order to keep a certain animal, it must appear on the list of permitted species which will be confirmed after the approval of the law.

In general, these requirements delve into how easy the species is to care for in tems of its ecological, physiological and ethological needs.

It also looks into scientific research to find how that animal lives in captivity, to ensure it does not pose a risk to people due to it’s temperament, venom or size, and that there is no risk that, if it escapes, it could become an invasive species, colonising habitats and causing environmental damage.

The new list is expected to include a long list of animals, with hamsters – popular pets in many countries – possibly being prohibited.

The Spanish government says in the case or rabbits and mice, the aim is to preserve the wild and native fauna of the natural environment.

Turtles could also be prohibited, with the Ministry of Ecological Transition deeming them to contain a significant amount of pathogenic vectors, including parasitic fungi.

Pet owners have said they are now very worried about the new law and what will happen to their animals. It isn’t clear whether people will be able to keep the pets they already have or if the law will just apply to new purchases.

One anxious owner said: “It seems correct to me for certain dangerous or invasive species but in certain cases it is a joke in very bad taste. My grandparents have Canaries and parakeets.”

Another added: “With this law there will be thousands of pet abandonments.” Details of when the new law will be introduced have yet to be announced but it is expected within the next two years.