MANILA (Reuters) – Maria Ressa, a journalist who runs a Philippine news website known for its tough scrutiny of President Rodrigo Duterte, pleaded not guilty on Wednesday to tax evasion charges in a case she has described as a form of harassment. 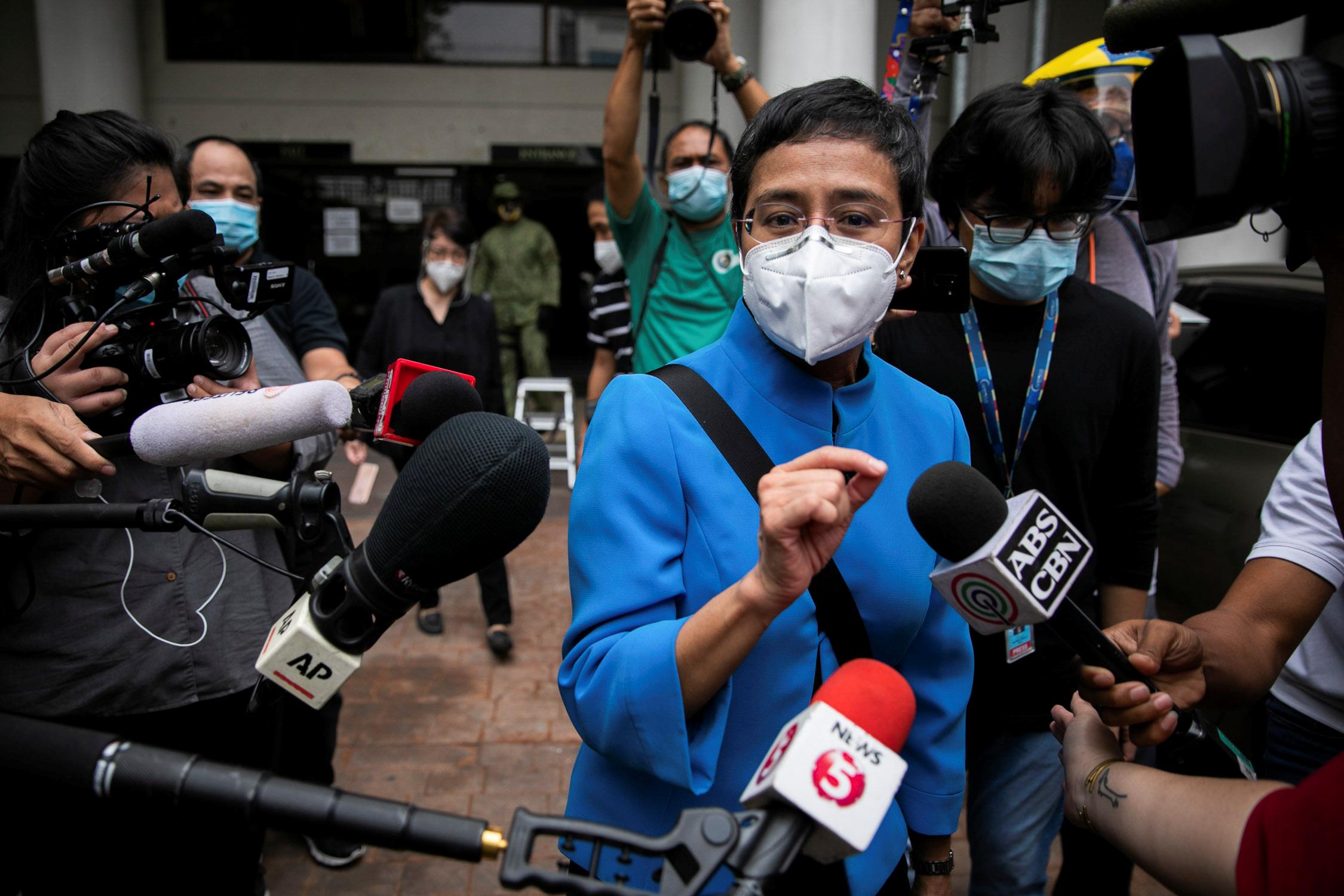 Ressa, a Time Magazine Person of the Year in 2018 for fighting media intimidation, is facing several government lawsuits that have caused international concern about harassment of journalists in the Philippines, a country long seen as a standard bearer for press freedom in Asia.

Ressa, 56, who is chief executive of the news site Rappler, was convicted of libel last month and sentenced to up to six year in prison, a ruling widely seen as a blow to democratic freedoms under Duterte’s increasingly popular authoritarianism. She was freed on bail.

Rappler has repeatedly challenged the accuracy of Duterte’s public statements and his justification for his controversial foreign policy.

It has also reported on alleged atrocities in his war on drugs and probed what it says are massive, state-orchestrated social media hate campaigns against Duterte’s critics.

Duterte has publicly lashed out at Rappler, calling it a “fake news outlet” sponsored by American spies.

Ressa’s latest court appearance is over accusations Rappler falsified tax returns by omitting the proceeds of a sale of depositary receipts to foreign investors, which later became the securities regulator’s basis to revoke its license.

Ressa, a dual U.S.-Filipino citizen, said in a tweet on Wednesday: “pleaded NOT GUILTY”.

The securities regulator alleged it was a scheme by Rappler to allow foreigners to illegally own shares in a domestic media firm.

Rappler, a startup, has maintained foreigners never owned shares, but were allowed to invest without voting rights or involvement in operations. Rappler is still operating pending its appeal against its license being revoked.

Media watchdogs and human rights activists say the charges against Ressa are part of a broader strategy to silence or humiliate opponents of Duterte.

Earlier this month, his allies in Congress voted overwhelmingly in favour of denying top broadcaster ABS-CBN’s bid to renew its 25-year license, an outcome that Duterte had repeatedly promised would happen because of its refusal to air some of his election campaign commercials.

Presidential spokesman Harry Roque says Duterte supports freedom of speech and any media facing legal cases are for breaking the law, not for their reporting.

Tags: Judicial, Media, PHILIPPINES, US
You may also like
Recent News:
This website uses cookies to improve your user experience and to provide you with advertisements that are relevant to your interests. By continuing to browse the site you are agreeing to our use of cookies.Ok