WARSAW (Reuters) – Poland’s ruling nationalists have proposed changing the constitution to extend President Andrzej Duda’s term by two years because of threats related to the coronavirus pandemic, a draft bill filed with the parliament showed late on Wednesday. 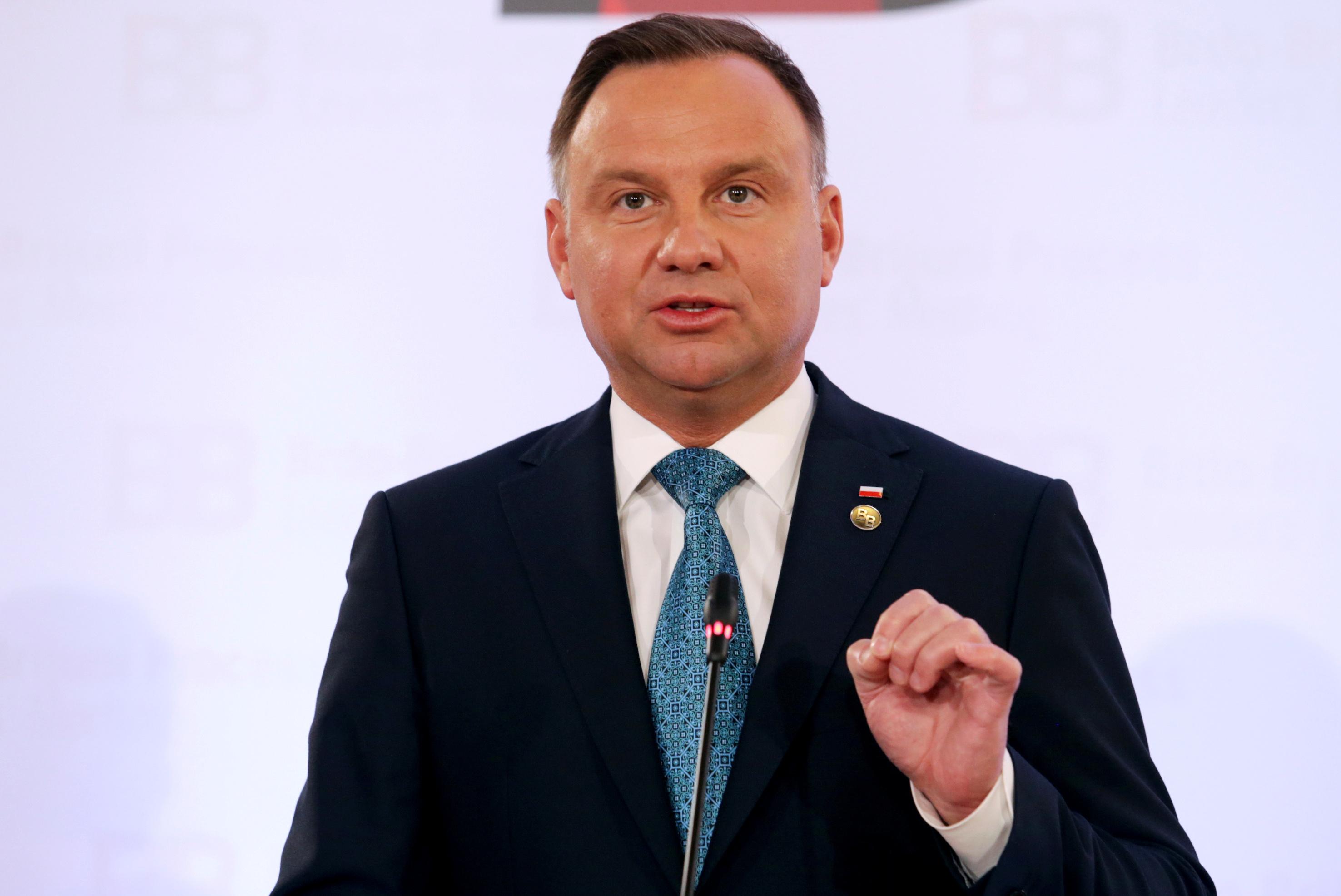 The proposal also said a presidential election due on May 10 would be void under the new rules. Poland’s constitution says a president’s mandate lasts five years. The new rules would extend this to seven years.

“The current state of threat to public security and its expected consequences justifies … a change to the Constitution within the course of (the president’s) mandate,” lawmakers wrote in the draft legislation, signed by senior Law and Justice (PiS) party officials.

The election next month has been clouded in uncertainty amid restrictions on public life imposed by the Polish government to curb the spread of the novel coronavirus.

The PiS has so far said it wants the election to go ahead, but through the introduction of mail-in votes instead of voting booths to reduce the risk of contagion among voters.

Critics have accused PiS of putting political gain ahead of public health in its push for a May election, which opinion polls show incumbent Duda, a PiS ally, would likely win.

A PiS spokeswoman declined immediate comment on the proposal.

It was unclear on Wednesday whether PiS would secure enough support in parliament for the proposal, which also removes the right for a sitting president to run for re-election.

The party and its conservative alliance control the legislature but are short of the two-thirds majority needed to amend the constitution.

Two PiS officials speaking on the condition of anonymity told Reuters the last-minute proposal was intended as a gesture towards some members of its conservative alliance in parliament who had lobbied for such a solution last week.

The postal vote, the two lawmakers said, was still the party’s preferred outcome.

Jan Grabiec, a spokesman for the main opposition party, the centrist Civic Platform, said he expected the proposal to be mired in parliamentary procedure long enough that it couldn’t be passed in time to affect the current president’s term.

PiS needs the backing of the president to push through its conservative agenda and to make further progress in its judiciary reforms, which the European Union has said subvert the rule of law.

“We don’t expect any discussions with PiS about changing the constitution,” leftist lawmaker Barbara Nowacka said.

Tags: c, Coronavirus, HEALTH, POLAND, US
You may also like
Recent News:
This website uses cookies to improve your user experience and to provide you with advertisements that are relevant to your interests. By continuing to browse the site you are agreeing to our use of cookies.Ok