India and China have found themselves nearing war in recent months, and the US is hoping India will look West. 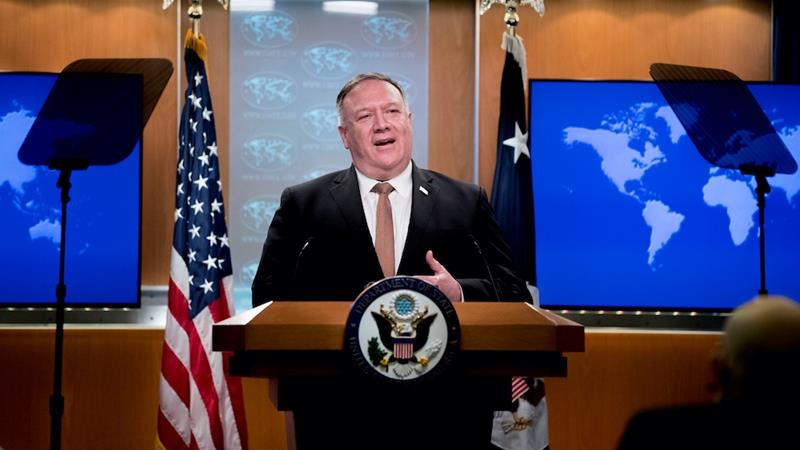 United States Secretary of State Mike Pompeo urged India on Wednesday to focus on domestic supply chains and reduce its dependence on China for telecommunications and medical supplies, as Washington’s ties with Beijing deteriorate dramatically.

India had a chance to move “supply chains away from China and reduce its reliance on Chinese companies in areas like telecommunications, medical supplies and others”, Pompeo said at the US-India Business Council’s India Ideas Summit, being conducted online.

“India is in this position because it has earned the trust of many nations around the world, including the United States,” Pompeo said.

The US administration has squarely blamed China for the coronavirus pandemic and accused Chinese firms like Huawei Technologies Co Ltd of cyberspying and facilitating human rights violations in China, charges Huawei and Beijing deny.

The US has also lambasted China‘s new national security law for the former British colony of Hong Kong.

The US has told China to close its consulate in Houston in a dramatic deterioration in ties between the world’s two biggest economies amid accusations of Chinese espionage.

India‘s relations with China have strained following a border clash in the Himalayas last month in which 20 Indian soldiers were killed.

Pompeo accused the Chinese of initiating the conflict, also denied by Beijing.

India, which recently banned dozens of Chinese apps in the country – including the popular TikTok video app, has not yet made a call on Huawei after allowing the Chinese telecoms company to participate in trials for 5G networks. India is the world’s main generic drug supplier, and its dependence on Chinese raw materials for its medicines is almost 70 percent.

Separately, India‘s ambassador to the US, Taranjit Singh Sandhu, said New Delhi was open to US firms building manufacturing plants in the country.

India‘s military confrontation with China prompted calls for closer security ties with the US and its allies, including Japan.

India is modernising its military to narrow a gap with China and has increasingly turned towards the US over its traditional supplier, Russia.

“The United States has never been more supportive of India‘s security. India, too, is an important partner and a key pillar of President [Donald] Trump’s foreign policy,” Pompeo said.

Tags: decrease, India, POMPEO, TO, urges
You may also like
Recent News: