The UK has reported a “potential hijack” of a ship off the coast of the United Arab Emirates, as a security source said a tanker appears to have been seized.

UK Maritime Trade Operations, a part of the Ministry of Defence, described the incident around 60 miles (97km) east of Fujairah as a “potential hijack”.

A group of eight or nine armed individuals are believed to have boarded the vessel, named Asphalt Princess, the security source told Sky News. 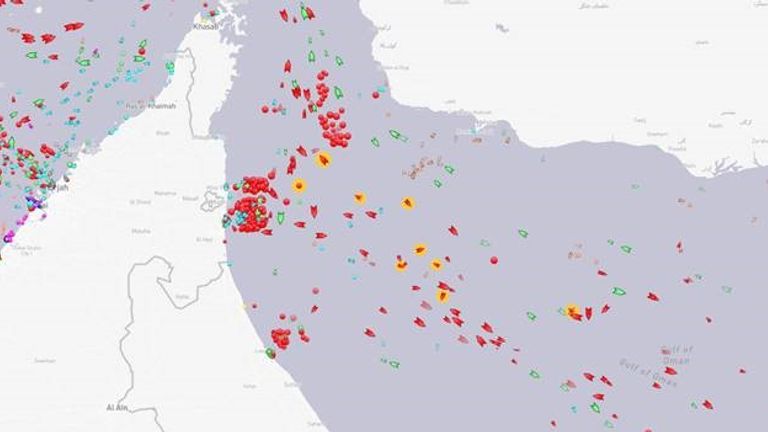 “It was an unauthorised boarding in the Gulf of Oman,” the security source said.

There is no British link to the tanker, however a spokesman for the UK’s foreign office said: “We are urgently investigating an incident on a vessel off the UAE coast.”

It comes as the Associated Press reported that at least four vessels sent out warnings saying they had lost control of their steering.

Iran’s foreign ministry said reports of an incident were “suspicious”, but warned against any attempts to make a “false atmosphere” against Tehran.

Oil tankers – Queen Ematha, Golden Brilliant, Jag Pooja and Abyss – all reported through their Automatic Identification System trackers they were “not under command”, according to MarineTraffic.com.

That typically means a vessel has lost power and can no longer steer.

It follows a suspected drone attack on the Mercer Street vessel, which has been blamed on Iran by the United States, UK and Israel.

British special forces are assisting in the investigation into what happened aboard the Israeli-linked ship last week.

The Mercer Street is Japanese owned, but was sailing with a Liberian Flag.

The incident left a British security guard aboard the vessel and a Romanian crew member dead.

Iran’s ambassador to the UK was summoned by the Foreign, Commonwealth and Development Office yesterday following the Mercer Street incident. 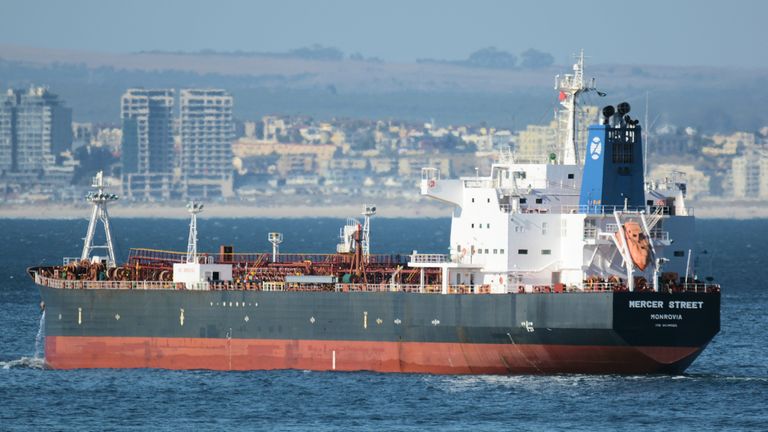 Prime Minister Boris Johnson said Iran must “face up to the consequences” of its actions, adding that the Mercer Street incident “was clearly an unacceptable and outrageous attack on commercial shipping, a UK national died”.

Foreign Secretary Dominic Raab has promised to work with allies on a “concerted response”.

Tags: 'Potential, armed, as, at, hijack'
You may also like
Recent News: