The President was discussing healthcare when he went over his allotted time.

Mr Trump said “We have done an incredible job on healthcare and we’re going to do even better” at which point his mic was muted.

Following the first contentious presidential debate, where Mr Biden was repeatedly interrupted by Mr Trump, it was decided the moderator can mute either candidate’s mic this time around.

Under the new rules each candidate was allowed two minutes to speak uninterrupted on each topic, after which there was a general debate.

“The worst part of Obamacare.”

Mr Biden pledged to introduce an expanded version of the Act he dubbed ‘Bidencare’.

He commented: “What I’m going to do is have Obamacare with a public option.” 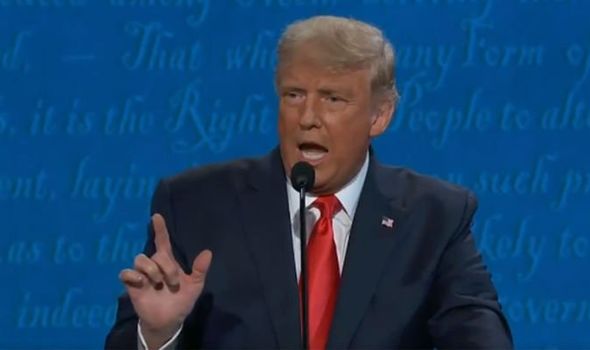 The social media reaction to Mr Trump having his mic cut was mixed.

Tom Nichols, a conservative anti-Trump activist, tweeted: “First mic shut off of the night. It is Trump.” 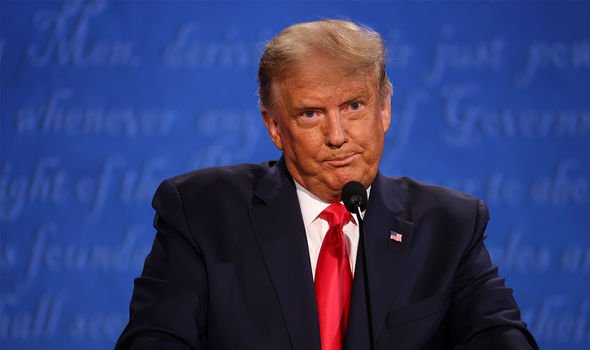 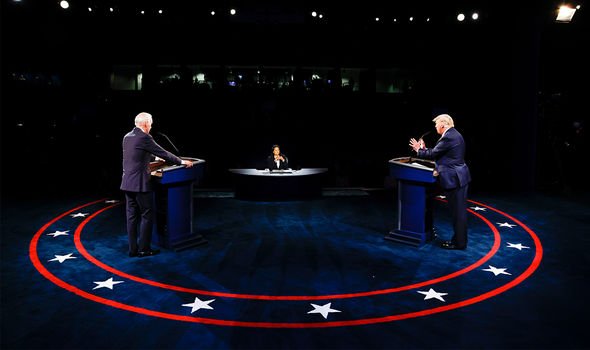 “These swamp monster losers are trying to tank POTUS and everybody sees it.”

The debate took place at the Curb Event Centre in Nashville with a greatly reduced audience due to the coronavirus epidemic.