Protests turned violent in Chile after thousands took to the streets of Santiago to mark one year since mass demonstrations that left 30 dead and thousands injured.

Police engaged in a tense stand-off with protesters, using tear gas and water cannon to disperse crowds in the capital on Sunday.

A church was also seen on fire as protesters threw rocks and fireballs at officers in riot gear. 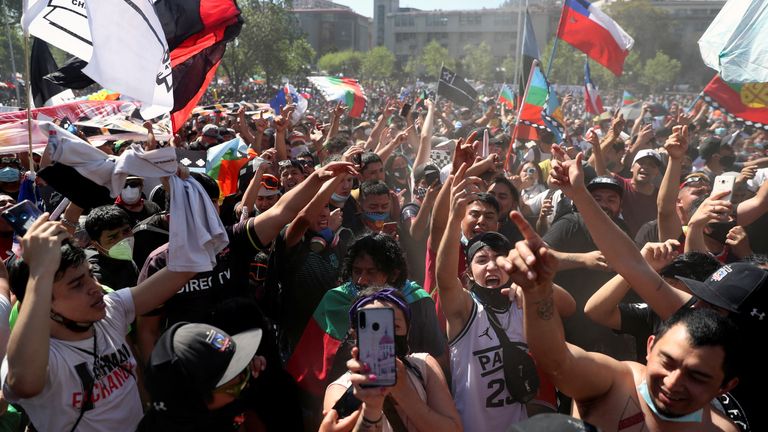 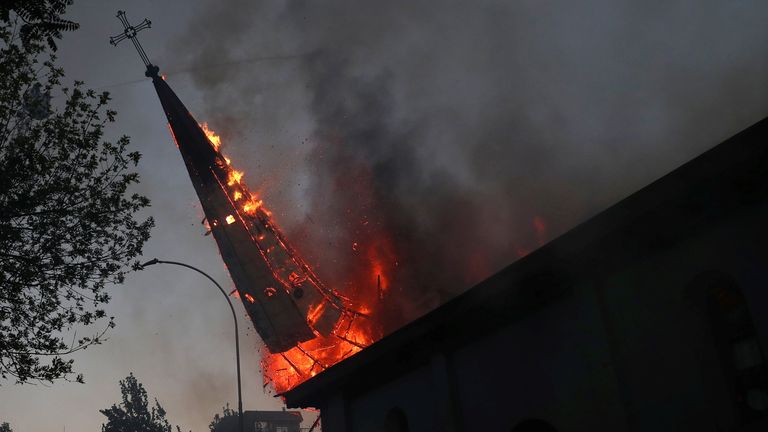 They were marking one year since mass demonstrations that demanded widespread reforms of the pension, healthcare and education systems in Chile.

The marches began on 18 October 2019 and continued through to December, causing the military to take to the streets for the first time since the rule of General Augusto Pinochet in the 1980s.

Led by students protesting over metro fare rises and sharp increases in the cost of living, they brought light to deep discontent about inequality within Chilean society. 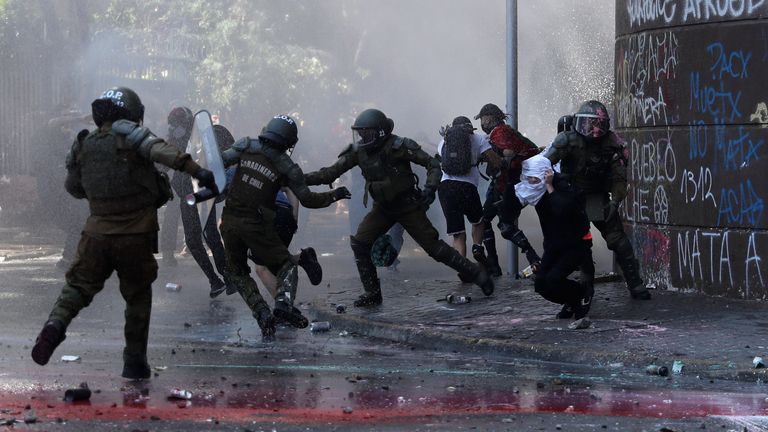 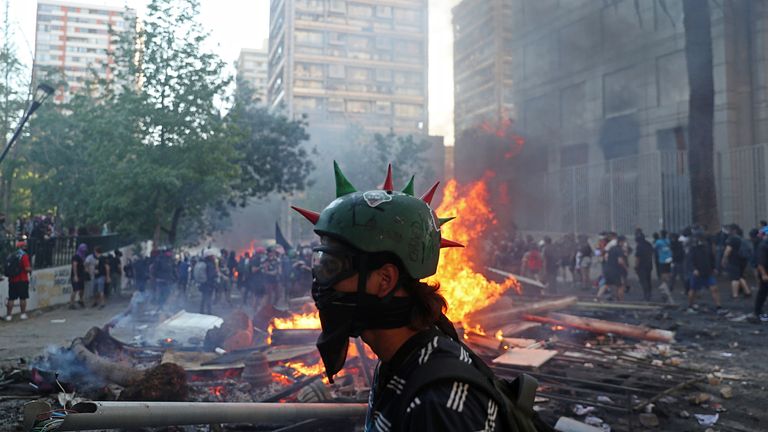 This year, demonstrators waved “yes” placards ahead of a referendum on 25 October, when Chileans will vote on whether to scrap the country’s dictatorship era constitution – a key demand of last year’s protests.

Tags: CHILE, in, PROTESTS, turn, violent
You may also like
Recent News: