MOSCOW (Reuters) – Russian President Vladimir Putin believes that Belarusian leader Alexander Lukashenko will probably cling to power for now despite protests against him and is content to let him sweat it out, two sources close to the Kremlin said. 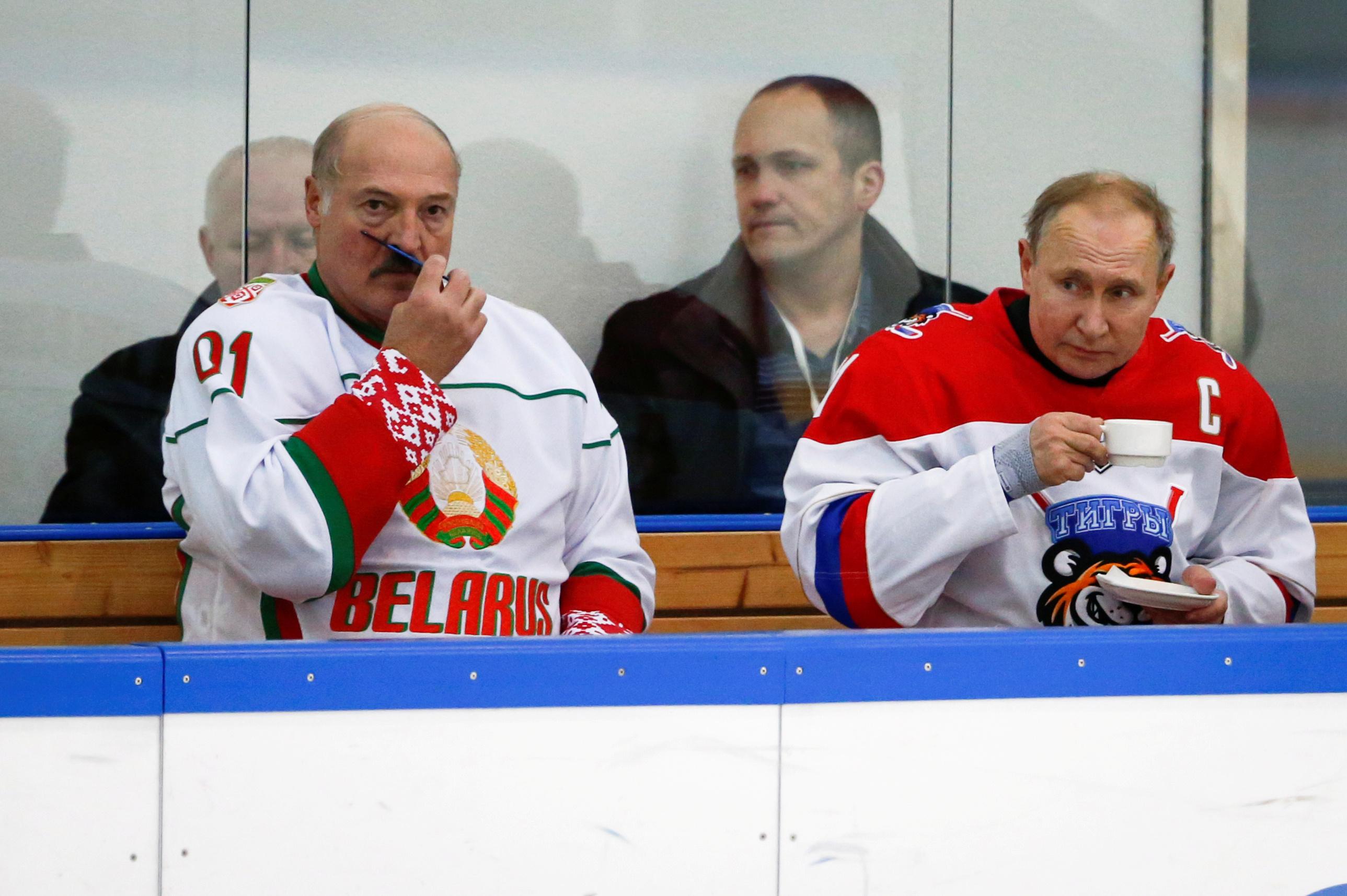 Lukashenko, a long-standing but truculent Moscow ally, has been buffeted by nearly two weeks of street protests which have loosened his grip on power in a country many Russians regard as another Russian region in all but name.

That, the two sources said, suits the Kremlin. It is keen to deal with a weakened Lukashenko who has resisted and sometimes publicly railed against Moscow’s offers of deeper political and economic integration.

“They’ll be happy to wait a while and watch him struggle a bit. They don’t like him much, but they still back him,” said one of the sources, who regularly speaks to senior government and Kremlin officials.

The second source said a diminished Lukashenko would suit the Kremlin’s needs.

“Lukashenko will be critically weakened. You’ll be able to make mince meat out of him. Our guys will definitely use this.”

The Kremlin did not immediately reply to a request for comment. Putin has offered Lukashenko assistance if needed but the Kremlin said on Wednesday it saw no need to help Belarus militarily or otherwise for now.

An EU diplomat said Russia had many levers to influence the situation in Belarus and was probably not too concerned yet by events there.

“They have to be smart, but I think they still feel in control of the situation,” the diplomat said.

The Kremlin has told EU nations to keep out of Belarus.

Joined by a treaty that proclaims, on paper, a “union state” with a Soviet-style red flag, the two countries usually have no border controls, and are culturally, linguistically and economically intertwined. Putin has pushed hard to make the union state more of a political and economic reality.

Russia has repeatedly asked Lukashenko to let it open an air base in Belarus, something he has refused in the past.

The first source said that Sviatlana Tsikhanouskaya, the Belarusian opposition leader who fled into exile in Lithuania last week, did not yet look like a serious contender in Moscow’s eyes.

Tsikhanouskaya has led the biggest challenge to Lukashenko’s 26-year rule. Speaking at her first press conference since leaving Belarus, she said on Friday that Russia had not made contact with her campaign.

Both sources said the Kremlin calculated that Lukashenko would weather the crisis, despite making tactical mistakes and resorting to heavy-handed policing.

“Everything will end badly for Lukashenko, just not yet,” the second source said.

Lukashenko knows that Moscow “always supports existing regimes, no matter how unpalatable”, the source said, and forecast that protests alone would not be enough to force him out.

“Somebody else needs to put pressure on him for that to happen, and there’s nobody to do that.”

A spokeswoman for Lukashenko could not immediately be reached for comment.

Russian energy exports flow via Belarus to the West, Moscow supplies cheap oil and gas to Belarus, and Russian troops have taken part in huge war games on Belarusian soil in the past.

Ukraine’s Commander in Chief at the time, Viktor Muzhenko, told Reuters in 2017 that he believed Russia had left thousands of troops behind in Belarus after a huge military exercise, something which both Belarus and Russia have denied.

The Russian air force has a radar station in Belarus designed to track ballistic missile launches. It also has a naval communications facility which Moscow uses to communicate with its nuclear submarines. Russia’s western border, which faces the EU, is heavily militarised.

Moscow has long regarded Belarus as a buffer zone against NATO, according to Western diplomats, who say they believe any move for Belarus to join the European Union or NATO would be a red line for Russia and could prompt it to send in troops.

Reuters has observed busy Russian air traffic between Russia and Belarus since the crisis erupted there on Aug. 9 after a presidential election which protesters said Lukashenko rigged.

A Russian government plane made a quick flight to Belarus and back in the early hours of Wednesday, flight tracking data showed. The plane has been used in the past to carry senior officials, including the head of the FSB security service.

On Aug. 12, two military planes flew to Belarus and a third, a military transport plane, turned off its transponder en route there, according to the tracking data. 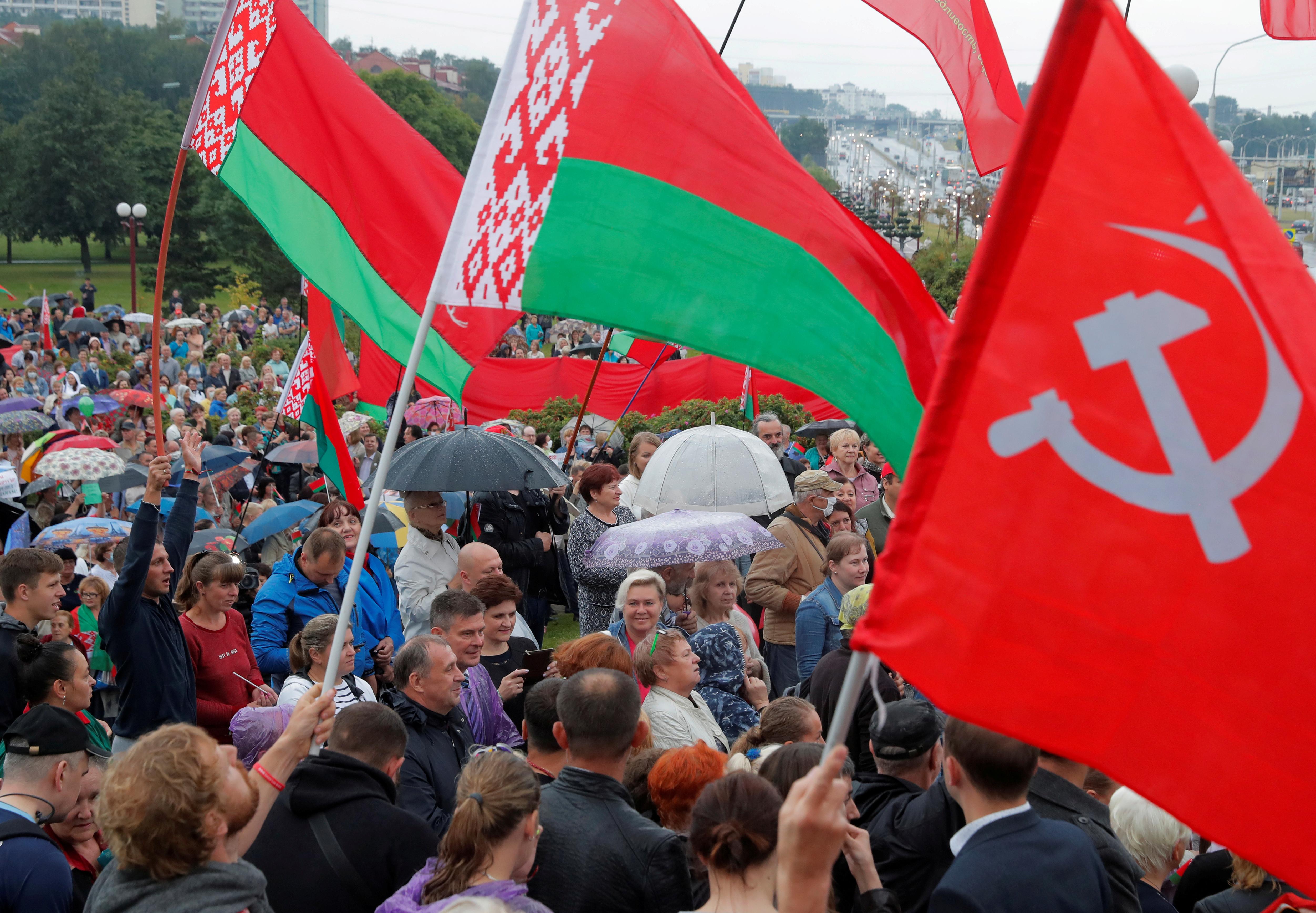 Via Belarus, it has access to the so-called Suwalki Gap, a strip of land which separates Poland from Lithuania. On the opposite side of that gap lies the Russian exclave of Kaliningrad.

In the event of conflict with NATO, Russia could in theory cut off the Baltic states from the rest of the Western military alliance by seizing the gap. That, say the diplomats, is a strategic prize Moscow is unlikely to relinquish anytime soon.