The video shows a man burning the a flag labelled with the infamous “Z” symbol commonly seen on Russian vehicles and equipment in Ukraine. As a result, it has become associated with for the invasion. Igor Sushko, a Ukrainian-born American who shared the video on Twitter, likens the symbol to a “swastika”. Mr Shushko is director of the Wind of Change Research Group, a think tank based in Washington, DC.

He told Express.co.uk the flag was hung outside a gym in Krasnodar in the Kamchatka Krai region of southern Russia, 247 miles from Ukraine’s easterly border. He says the act of defiance was carried out by the Freedom of Russia Legion.

The movement began as a group Russian soldiers who defected to fight for Ukraine.

He said: “The setting on fire of the swastika, Russian Freedom Legion has claimed responsibility.

“[The group] started some time ago, since the beginning of the invasion. Some Russian soldiers decided to surrender [to Ukraine] and were allowed to, over time and after some training, fight for Ukraine. 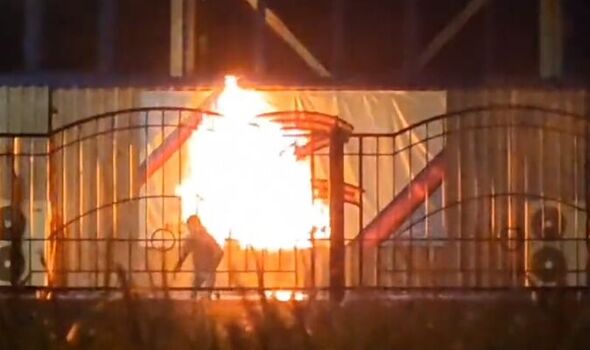 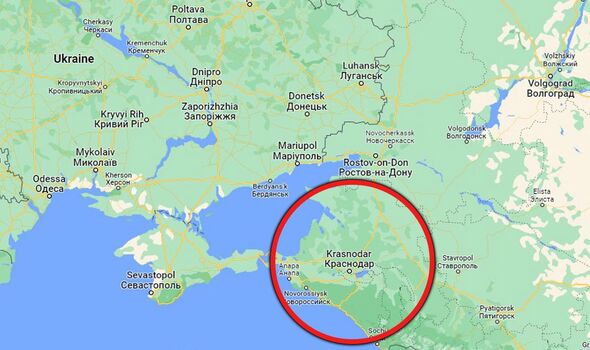 “There’s active recruitment going on inside Russia for volunteers to come fight. So these are Russians, it is all completely comprised of Russians fighting against Putin’s regime.”

However, Mr Shusko says they are now recruiting civilians inside of Russia who are opposed to the war to carry out various anti-Kremlin activities.

He said: “They are very effective at disseminating the messaging inside Russia. A lot of civilians that are not actually fighting with guns as part of the Russian Freedom Legion are still claimed by [the group] as members that are supportive of the movement.”

Mr Shusko said that the growing movement inside Russia could range from actual sabotage to posting anti-war stickers and posters publicly in Russia. They also help recruit for the Legion fighting with Ukraine.

The group has “drastically” increased its activities in recent weeks. Mr Shushko says it is a crucial movement to show the majority of Russians do not support Putin’s war in Ukraine. 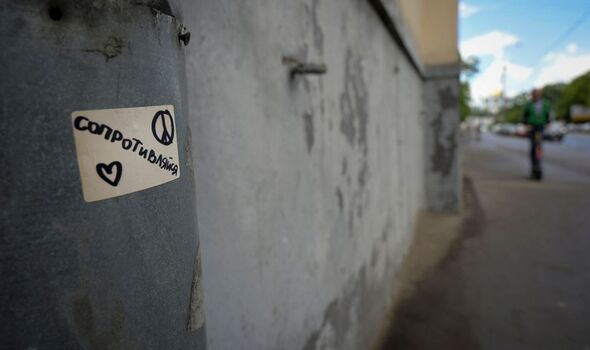 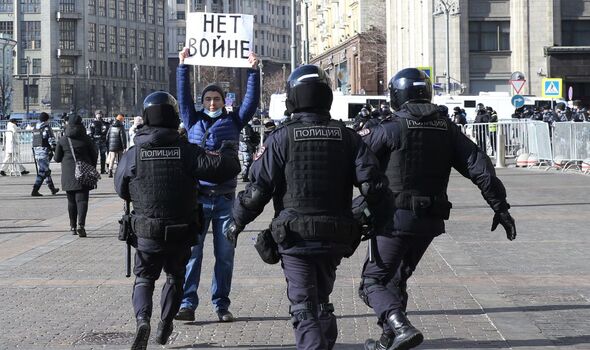 He said: “Right now, Russia is a dictatorship, it’s a totalitarian state. Oftentimes, there is no distinction being made in the news between the government [of Russia] and its people. That is a very dangerous road to take.”

He added: “There was a poll that was published at the beginning of the invasion that said 80 percent of Russians supported Putin and the invasion. That was Kremlin disinformation. That was b***. And, of course, you can’t even poll public opinion in a totalitarian state.”

The news comes as other acts of suspected sabotage have been reported in Russia. In Dagestan, near Chechnya, a train was derailed after “entire sections of rail” were removed. Mr Shushko, who shared a photo of this event, believes it is sabotage. The Freedom of Russia Legion did not claim responsibility for it.

Additionally, mysterious fires have been reportedly breaking out across Russia in buildings owned by Russia’s military defence apparatus. 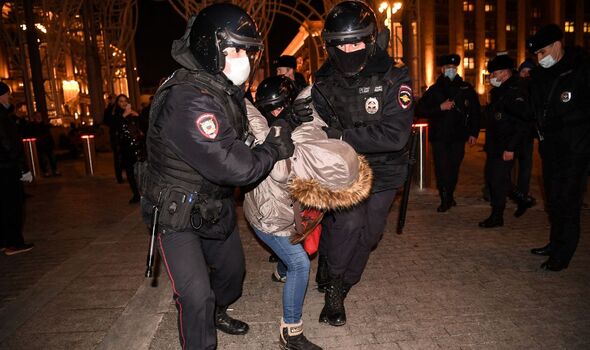 There have been reports of army enlistment offices catching fire, train derailments and other incidents that could have been committed by saboteurs.

Although the Kremlin has not publicly commented on the mysterious incidents, former Russian Duma member and anti-Putin activist Ilya Ponomarev has launched a Telegram channel to inform audiences of the events.

He said: “It’s happening everywhere, and that’s why nobody can say that it’s the work of Ukrainian intelligence or Ukrainian saboteurs.”

He added: “Ukrainians could carry out some acts of sabotage close to the border, but they are not doing this in Vladivostok [in eastern Russia] – obviously, it was Russians who did this.”