Putin 'not mad in a clinical psychiatric sense' says Sweeney

The Kremlin leader announced his “special military operation” in Ukraine towards the end of February. Shortly after this, within the ‘first phase’ of the conflict, his forces captured many regions in the Kherson Oblast.

This is located in the south of Ukraine, just north of Crimea.

Acting Governor Dmytro Butriy has now announced that more than 50 settlements in the area have been recaptured by Ukrainian forces.

He said: “As of now, 53 settlements have been confirmed as liberated.”

This, according to reports, was nine settlements more than the number given on Monday. 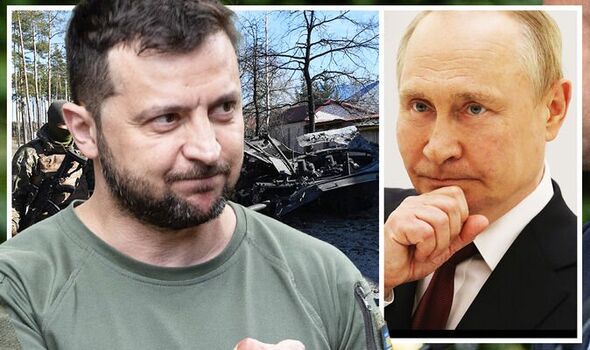 Reuters said the claim “appeared to indicate a quickening tempo of Ukrainian gains in the region”.

The change in hands could also be a result of shortening supplies, though these are being suffered by both sides (in fact more so, according to some reports, by Ukraine).

Military analysts have argued that the war, and the rapid ammunition consumption involved in it, has shown the age of “industrial warfare” is far from over.

In light of this, a senior Western official told the Washington Post in late June Russia could face difficulties keeping hold of its gains.

They said: “There will come a time when the tiny advances Russia is making become unsustainable in light of the costs.

“They will need a significant pause to regenerate capability.”

Volodymyr Zelensky recently suggested his forces could rub in Russian losses by organising an exhibition of destroyed military vehicles.

This, he said, could be toured across Europe.

Kyiv Defence Minister Oleksii Reznikov stressed: “We’ll help to ensure that Russian tanks are in Europe, but as scrap.”

Mr Zelensky would hope this could help maintain Western interest in the war, according to reports.

This is significant given Ukraine’s reliance on the West for military support.

A report by Ukrainian and Western intelligence officials, seen in June by the Independent, suggested Ukrainian forces were outgunned 20 to one in artillery to Russia and 40 to one in ammunition.

It said this situation was having “a seriously demoralising effect on Ukrainian forces as well as a very real material effect; cases of desertion are growing every week”.