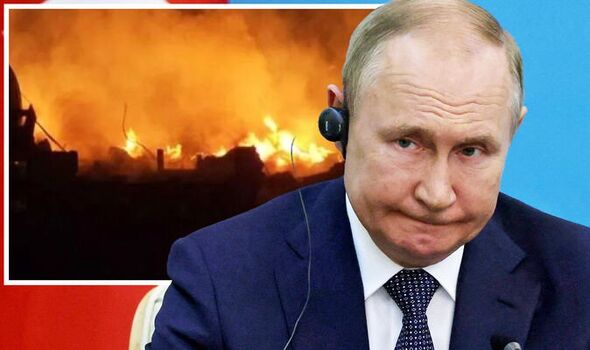 Russian soldiers were attempting to create a protective smokescreen around the train in Kherson Oblast when it accidentally set on fire, Ukraine’s Military Intelligence said on August 2. According to the report, the smokescreen plan was to shield the cargo from a Ukrainian HIMARS strike.

A day prior, another Russian train was hit during a Ukrainian strike.

The message said: “In order to mask the unloading process and protect (the train) from HIMARS attacks, the invaders deployed a powerful smokescreen.

“At around 11.20am, an explosion rocked the site. Its exact causes are difficult to ascertain due to the dense smoke cover.

“The train, however, suddenly started rolling towards Crimea, following the explosion. Russian troops around it panicked and scattered.” 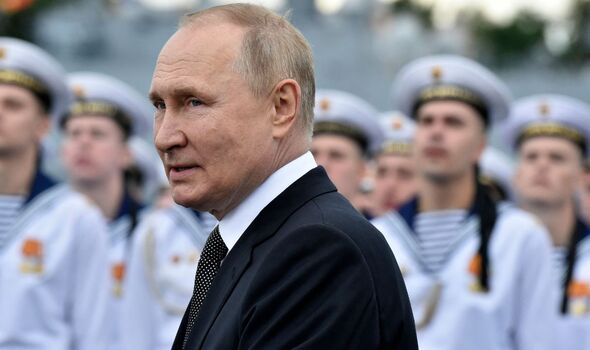 It is assumed that the explosions may have been caused by unsafe unloading work or by an accident in deploying the smokescreen.

The latest incident will serve as yet another blow to the Russian president.

It comes as Putin lost another senior army official in the war, which began more than five months ago. 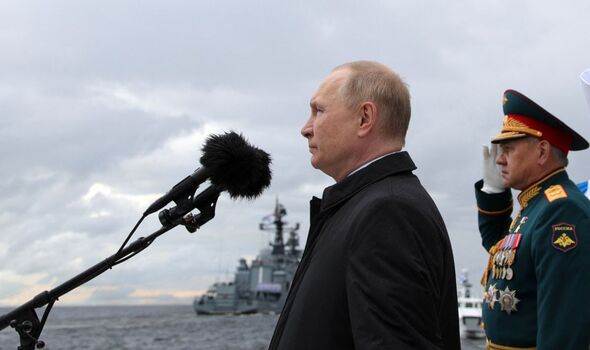 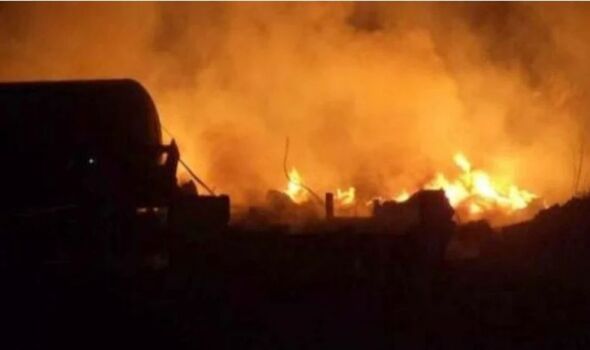 Since the war began on February 24, some 41,350 Russian soldiers have been killed.

On day 161 of the war, the General Staff of the Armed Forces of Ukraine published an updated list of Russia’s losses.

Ukrainian troops struck the train at Brylivka railway station travelling from Crimea on July 29, killing around 80 Russian soldiers and injuring a further 200. 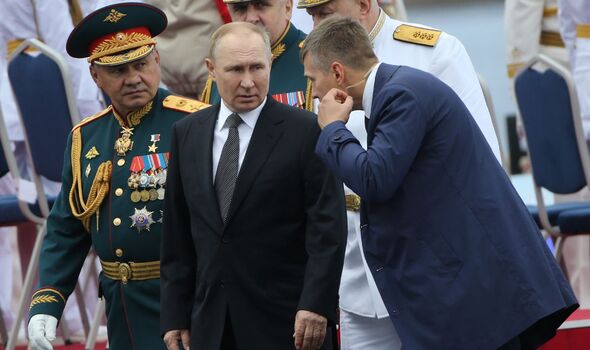 Footage shows quickfire explosions – compared by many on Twitter to popcorn popping in a microwave – as the vital ammunition on board is destroyed.

Anton Gerashchenko, Advisor to the Minister of Internal Affairs, confirmed the blast in a post on Facebook last Sunday.

He wrote: “On the night of Friday to Saturday, a high-precision HIMARS strike destroyed the railway echelon of more than 40 wagons that arrived from Crimea with manpower, equipment and ammunition at the railway station of Brilevka, Kherson region.

“As a result, the living force turned into coal, the equipment into piles of scrap metal. This is not the first case of the death of machinists of ‘RZD‘ in Ukraine. And it won’t be the last.

“If your relatives work as machinists in the Ukrainian Crimea or in the regions of the Russian Federation where echelons of ammunition are delivered to the Territory of Ukraine, know that they are potential suicide bombers!”