A former advisor to President Putin has said the speech will now happen on Wednesday, but no reason has been given as to why the speech was postponed. This speech comes at a time four Ukrainian regions occupied by Russian forces have announced they will be holding referendums later this week to decide if they should become part of Russia.

Russian journalists and propagandists have suggested that Vladimir Putin’s address will be tomorrow after the speech was delayed for more than two hours.

Vladimir Solovyov, a broadcaster and known Russian propagandist, posted only one word on Telegram: “Tomorrow.”

He also posted a fake screenshot which showed President Putin taking a phone call from a fanatic-looking French President Emmanuel Macron who says: “Call me back, I’m worried!”

Margarita Simonyan, another propagandist who is the editor-in-chief of the Russian-controlled media organization RT, told people on Twitter to “go to bed”. 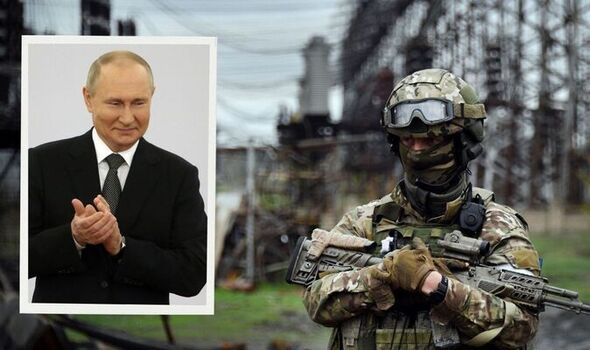 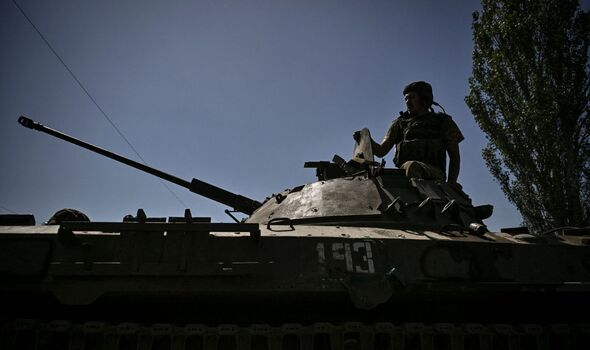 Vladimir Putin’s announcement comes at a time Russian-backed separatist leaders in four occupied regions of Ukraine will be voting to join Russia from Friday, September 23 to Tuesday, September 27.

The self-styled Republics of the Donetsk and Luhansk regions were recognised as independent states by President Putin before the invasion of Ukraine and have said they will hold a referendum this Friday.

The other two occupied Ukrainian regions, Kherson and Zaporizhzhia have also said they will hold a vote.

Russia currently controls both the Luhansk and Kherson regions and around 60 percent of the other two regions, Donetsk and Zaporizhzhia. 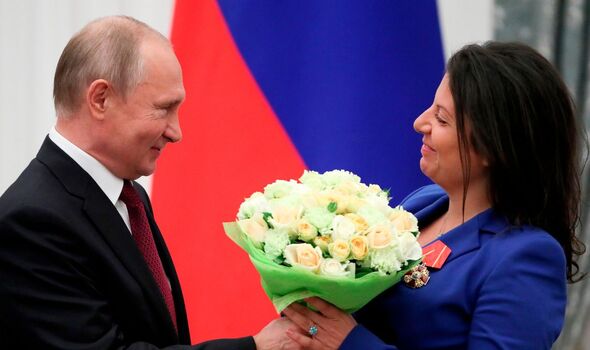 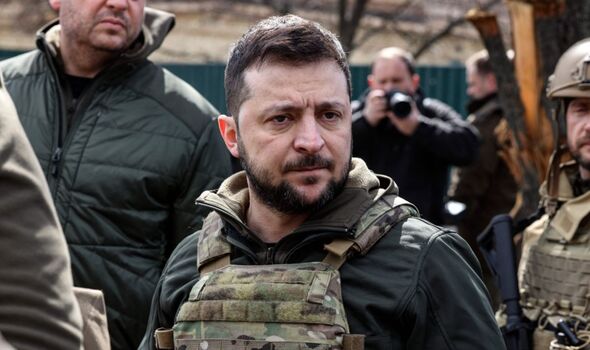 Countries around the world have condemned the referendum under military occupation, as French President Emmanuel Macron described the referendums as “a parody” and German Chancellor Olad said the votes would not be recognised under international law.

Britain’s Prime Minister Liz Truss has said the UK will pledge billions of pounds in financial and military aid to Ukraine at the UN General Assembly.

“Ukraine’s victories in recent weeks have been inspirational,” she said after Ukraine has taken back most of the Kharkiv region in a fast counter-offensive in recent weeks.

Britain’s leader added: “My message to the people of Ukraine is this: the UK will continue to be right behind you every step of the way. Your security is our security.”

Ukraine’s President Zelensky has thanked Western allies for their condemnation of the referendums.

In his nightly televised address to the people of Ukraine, President Zelenksy said: “I thank all the friends and partners of Ukraine for their massive and firm condemnation of Russia’s intentions to organise yet more pseudo-referendums.”

If Russia annexes the Ukraine regions, it could escalate into a conflict with NATO, which US President Joe Biden warned in March could mean World War III.

Russia may demand NATO stop supplying Ukraine with weapons, but NATO Secretary General Jens Stoltenberg has described the referendums as a “sham” and will unlikely recognise the votes as legitimate.

He said: “Sham referendums have no legitimacy and do not change the nature of Russia’s war of aggression against Ukraine.

“This is a further escalation in Putin’s war. The international community must condemn this blatant violation of international law and step up support for Ukraine.”

On Tuesday Russia’s deputy head of the country’s security council, Dmitry Medvedev, said any intrusion by western countries on Russian territory will be met with “all the forces of self-defence”.

Russian propagandist and broadcaster Margarita Simonyan said that any conflict on Russian territory would become a “full-fledged war between Ukraine and NATO and Russia, untying Russia’s hands”.