Russia’s ambassador to the UK Andrei Kelin has warned that Ukraine wants a bloodbath – and Russia is ready to respond with force. This comes as Andrew Marr grilled Mr Kelin on the huge number of Russian troops amassing on its border with Ukraine. The BBC host suggested that this “looks like the beginning of an invasion” to many observers. 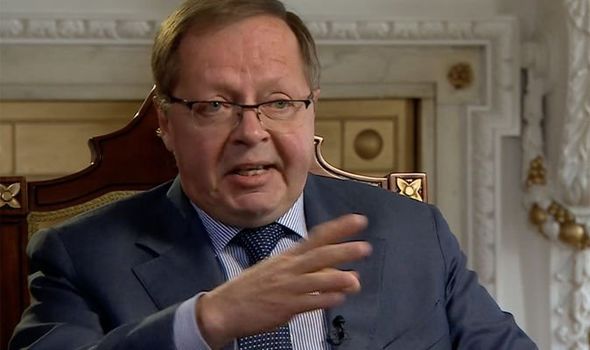 Mr Kelin claimed that Russia were not looking for war, but insisted “Russia will respond if Ukraine starts a bloodbath”.

Eastern Ukraine is under the control of Russia-backed rebels, and Moscow has warned that attempts to attack these rebels would see a military response from Russia.

Mr Kelin told the BBC: “We are moving troops to tell Ukraine that there will be a price if they decide to advance on this territory and make a bloodbath on it.”

He insisted that the number of troops on the border, understood to be a tenth of Russia’s entire armed forces, were a “normal military exercise”.