A unit of pro-Russian militias from the the self-proclaimed Luhansk People’s Republic (LPR) issued a video in which they said they refused to fight in the Donetsk region.

The fighters said they had fulfilled their duty in securing the LPR’s control over all of Luhansk, which was taken in July 2022.

In it daily bulletin on the war, the UK’s Ministry of Defence wrote: “On 15 August 22, Ukrainian social media channels circulated a video which reportedly showed elements from a military unit of the self-proclaimed Luhansk People’s Republic (LPR) delivering a declaration outlining their refusal to be deployed as part of offensive operations in Donetsk Oblast.

“The fighters claimed they had fulfilled their duty in securing the LPR’s control over all of Luhansk Oblast, which was secured in July 2022, and were unwilling to fight in Donetsk Oblast despite threats and intimidation by senior commanders.”

The MOD’s analysts said that the Russian army was struggling to bolster its forces with new recruits in the Donbas.

They claimed that Russian commanders were resorting to direct financial incentives in order to attract new volunteers.

The researchers added: “A consistent contributing factor to these problems is Russia’s classification of the war as a ‘special military operation’ which limits the state’s powers of legal coercion.” 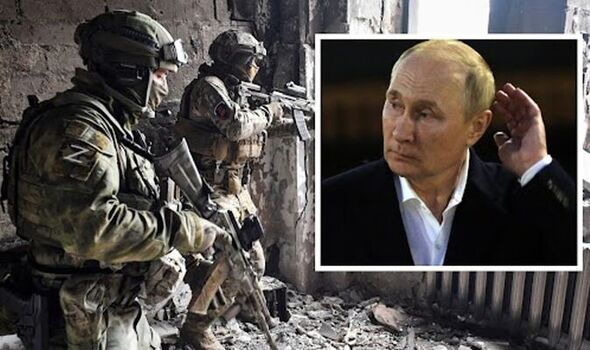