The next-generation Armata T-14 could operate in swarms on European borders and, like killer robots being developed by other superpowers such as China, has the ability to devastate cities “in minutes”. This is according to Noel Sharkey, professor of artificial intelligence and robotics at Sheffield University, who has campaigned for a ban on killer robots for more than ten years.

He says the T-14 can be remote-controlled, but that Russian developers are “rushing” to make it fully autonomous.

Global superpowers have been “hell-bent on developing swarms of autonomous weapons” since the US moved forward with the idea in the mid-2000s, according to Sharkey.

He told Express.co.uk: “Russia is developing a massive super tank, the next-generation Armata T-14, which is well ahead of any military tank.

“You could imagine swarms of these on the border of Europe. 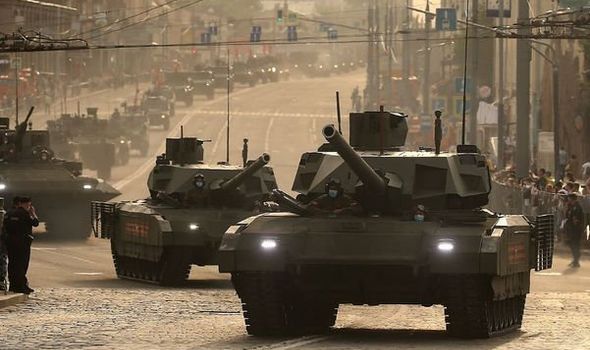 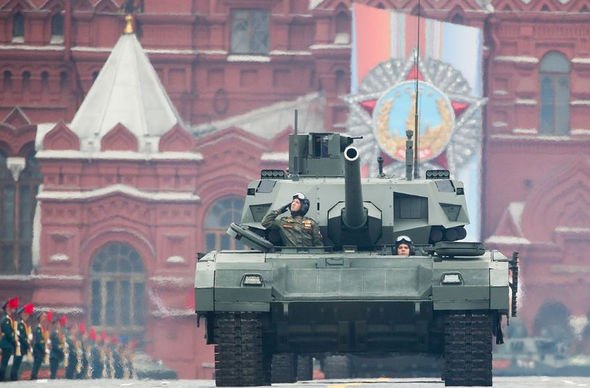 “In autonomous mode these could be triggered accidentally to launch and attack and counter swarms could be initiated.

“We don’t have any idea how such swarms would interact or what tricks they would have up their sleeves.

“We do know that, once started, it would be very difficult for anyone to withdraw and it could lay waste and devastation to our cities in minutes.”

The US Navy has the X-47B, an unmanned fighter jet, and an unmanned transoceanic warship called Sea Hunter. 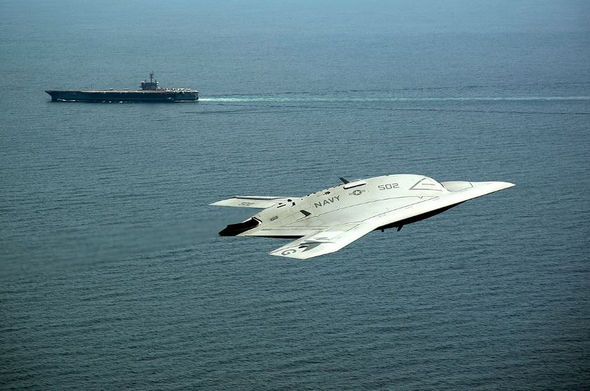 China is developing AI-powered tanks, warships and a supersonic autonomous combat aircraft called Dark Sword, known as Anjian, rumoured to travel at up to 740 miles per hour.

Sharkey is a spokesperson for The Campaign Against Killer Robots, a coalition of more than 171 NGOs in 65 countries seeking a ban on lethal autonomous weapons systems (LAWS).

In 2018, the European Parliament passed a resolution calling for an international ban on killer robots.

But the campaign is seeking a UN treaty to prevent the killing machines. Their main aim is for all weapons to have “meaningful human control”. 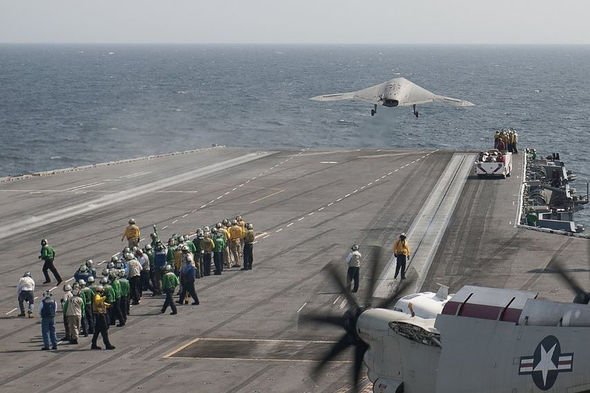 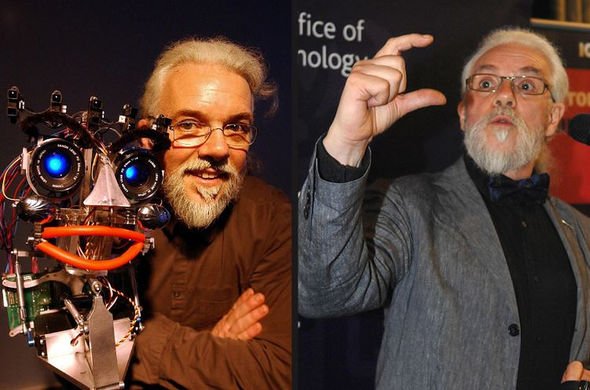 Sharkey points out that autonomous weapons are not self-aware humanoids like the ‘Terminator’ but are computer-controlled and given the decision “about who to target and who to kill”.

“If left unchecked the world could enter a destabilizing robotic arms race,” the campaign said.

The group says among the many issues is the machines’ inability to distinguish between military and civilian targets. 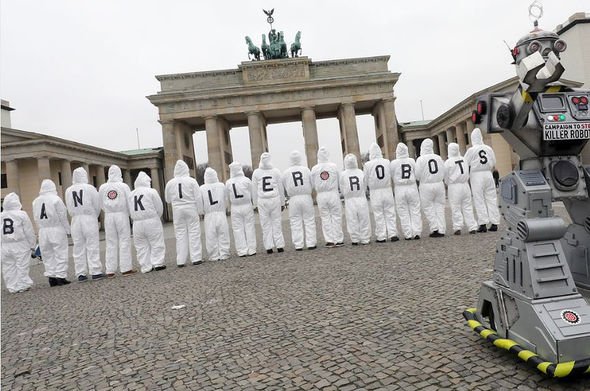 They also claim the technology can be easily duped to attack false targets.

Sharkey said: “I am extremely concerned about the development of weapons that are delegated with making the decision about who to target and who to kill.

“I do not believe that the computer programmes are capable of complying with the laws of war in their choice of targets or capable of being proportionate in their killing.

“The nature of armed conflict requires deceiving the enemy and computer systems are easy to ‘deceive’. 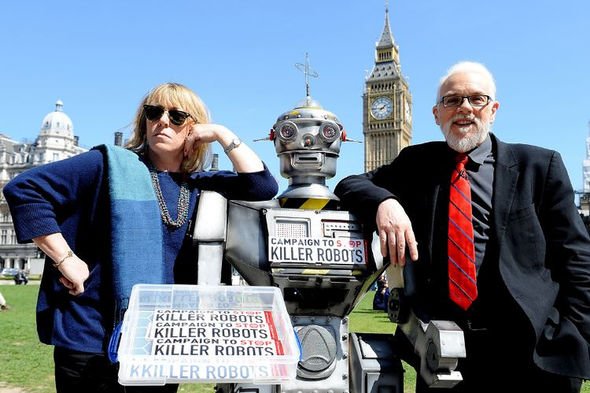 “You can trick sensors with false images or blast them with false location information that will create severe danger for civilian populations.”

In 2009, Sharkey founded the International Committee for Robot Arm Control (ICRAC) which forms part of the steering committee for the Campaign to Stop Killer Robots.

The campaign has been attending meetings of the UN Convention on Certain Conventional Weapons since 2013. They are usually held three times a year.

But Sharkey says “it has become increasingly difficult to get Russia and the US on board”.

He said: “Russia is becoming more and more belligerent and the US is trying to block progress.

“China is supporting a prohibition on the weapons with some 30 other nations although they continue to develop them until a treaty is agreed.”