Nato says it was the largest build-up in Crimea since Moscow annexed the peninsula in 2014. Russia’s defence minister Sergei Shoigu ordered troops back to bases, but heavy arms are being kept for another exercise later in the year.

He declared the drills over, but ordered the military to stand ready to respond to any “adverse developments” during Nato’s Defender Europe 2021 exercise.

The drills began in March and are due to last until June. Mr Shoigu said: “I consider the goals of the snap check of readiness fulfilled.

“The troops have shown their defence capability. 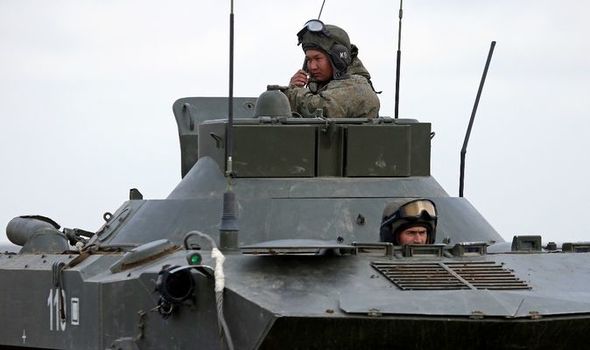 “Nato has significantly intensified its military activities in the region.”

The build-up arose over increasing violations of a ceasefire in Ukraine’s east.

Russian said the manoeuvres in Crimea involved more than 60 ships, 10,000 troops, around 200 aircraft and about 1,200 military vehicles.