Twenty-two new forest fires have broken out across Siberia, leaving thousands of hectares of land covered in smoke.

There are currently 187 wildfires burning across the Siberian region of Yakutia, according to the Russian Ministry of Emergencies.

Remote villages are engulfed by fumes from the fires, which have increased in number in recent years amid rising temperatures and unpredictable wind patterns. 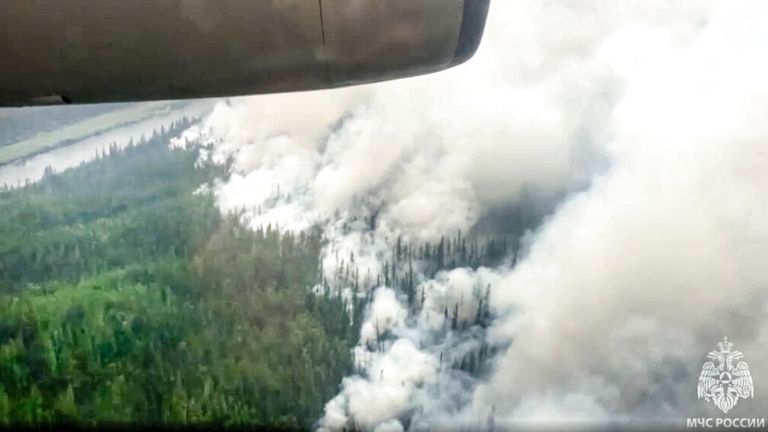 People living in the city of Yakutsk were told to stay at home and not open windows after officials recorded the highest-possible concentration of air pollutants coming from the flames.

Flights from the local airport and boats along the Lena river were suspended on Sunday, the Interfax news agency reported. 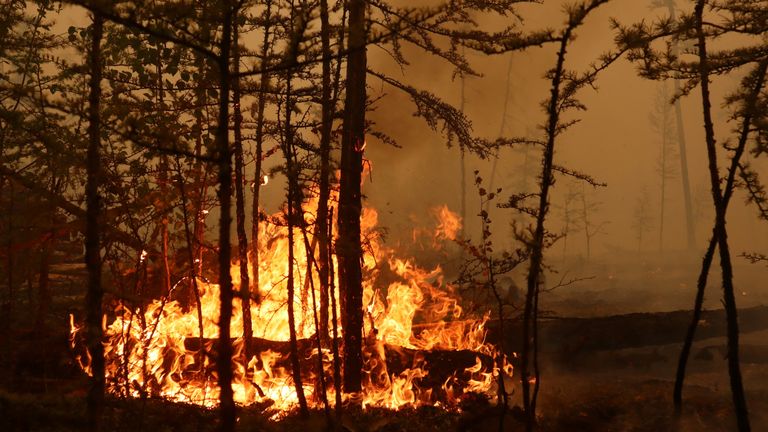 Rural communities in Yakutia, which is 13 times the size of the UK, have been on the frontline of the crisis, with 2,270 firefighters currently deployed to fight the fires.

The Kremlin has sent Russian military helicopters this week to help put out the fires, which cover more than 800,000 hectares. 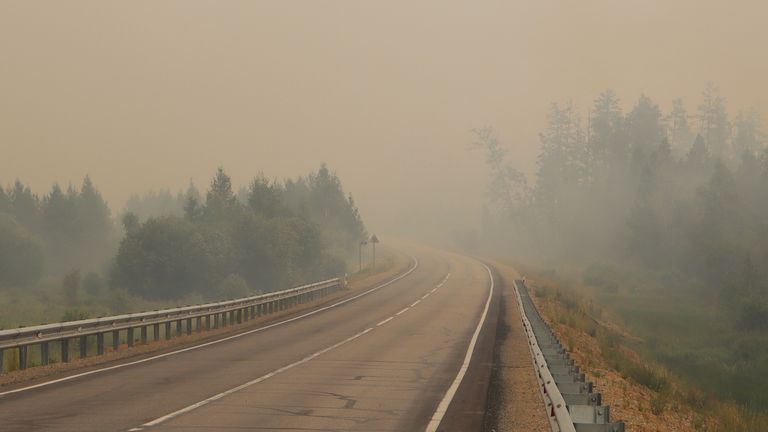 It has blamed the unprecedented blazes on climate change.

Fires tear through Russian forest land every year, but they have become more intense recently amid unusually high temperatures across the northern Siberian tundra. Climbing global temperatures have resulted in more and more forest fires and the permafrost that sits beneath most of the region starts thawing.

This has resulted in huge levels of greenhouse gases, which have consequences for the whole planet.