Tens of thousands of Russians have now been protesting for weeks, braving bitter weather and the threat of detainment. At least 3,000 people have been arrested so far in widespread protests to support the jailed opposition leader Alexei Navalny.

In Moscow, the riot police and national guard troops shut down subway stations and paralyzed much of the city centre as they scrambled to prevent protesters from gathering.

The protests are some of the largest Russia has seen in years, taking place across the country in 100s of locations.

More than 1000 people have been detained in Moscow alone, including the wife of Mr Navalny, Yulia Navalny.

Despite the backlash from Vladimir Putin’s government, Mr Navalny’s aides called for new nationwide demonstrations ahead of the opposition leader’s trial, set to start on Tuesday. 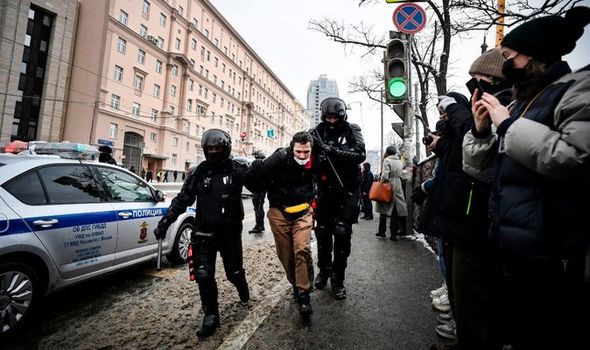 Why are there protests in Russia?

A prominent critic of Mr Putin, Mr Navalny was arrested when by Russian police when he arrived in the country on January 17 from Germany.

The opposition leader had been recovering for five months from a nerve agent poisoning, widely assumed to be the responsibility of the Kremlin.

Mr Navalny, 44, was poisoned with Novichok – the same agent used in the Salisbury poisonings in 2018 – in Siberia in summer. 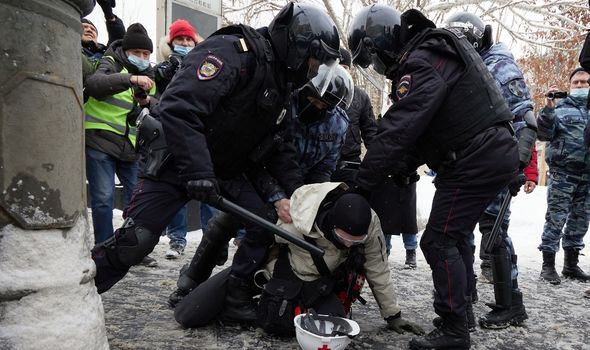 Novichok is the name for a group of nerve agents created by scientists during the Soviet Union.

Designed to kill quickly and silently, Novichok kills by disrupting communication between nerves and muscles or nerves in the brain.

The nerve agent’s effects take hold within a matter of minutes, resulting in cardiac arrest or asphyxiation as the final cause of death.

Mr Navalny survived the attempt on his life and has been recuperating in Germany.

Mr Navalny, a lawyer-turned-activist, came to prominence in 2008 after he started exposing corruption in Russian politics through his blog.

In 2018, he was barred from standing against Mr Putin in the presidential elections.

He has previously been arrested on multiple occasions.

Mr Putin has denied any link to the giant property in Gelendzhik, calling the film a poor montage meant to brainwash people 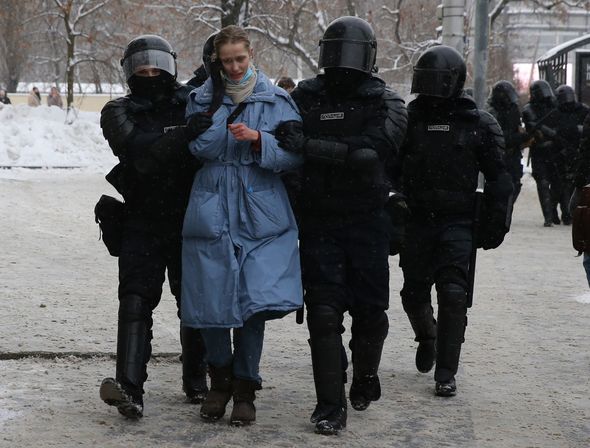 The video has since been viewed over 100 million times.

Russia has erupted at Mr Navalny’s arrest – with the country going through economic downturn and a severe coronavirus outbreak – protesters have braved the sub-zero temperatures to stand up for the opposition leader.

After rounding up thousands of protesters in recent days, issuing fines or short-term detention, officials are now going after key allies of Mr Navalny including his brother, doctor, and a lawyer at his Anti-Corruption Foundation.

Mr Putin has been condemned for the violence against protesters at the hands of police, with US President Joe Biden telling the Russian leader to release detainees and Mr Navalny.

Tags: autoplay_video, headlines, Russi
You may also like
Recent News: