MOSCOW (Reuters) – A Russian court sentenced a former U.S. marine to nine years in jail on Thursday after finding him guilty of endangering the lives of two police officers who detained him after a party in Moscow. 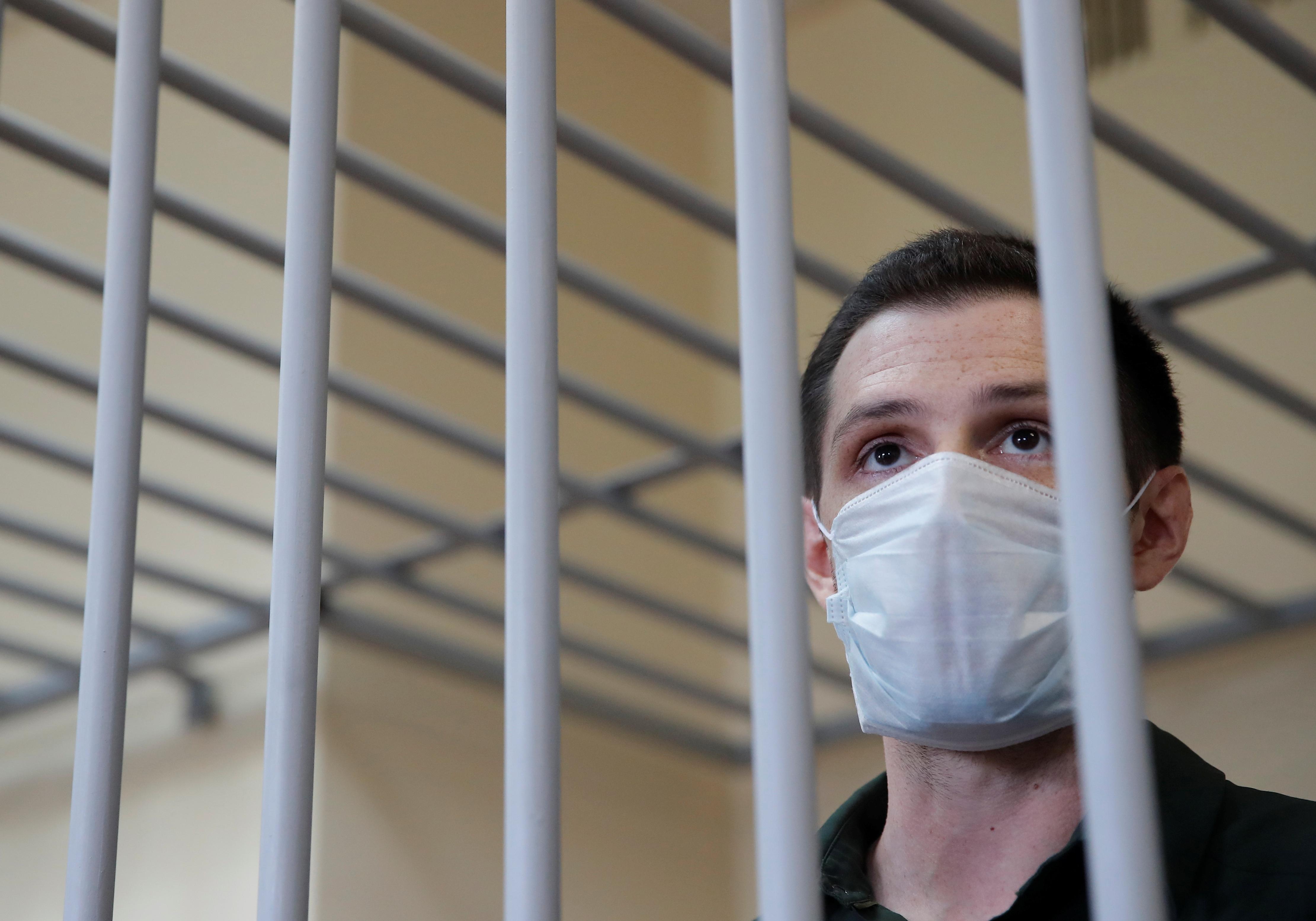 Trevor Reed, a student at the University of North Texas, said he could not remember the events of last summer because he was drunk when he was detained.

After hearing evidence in his trial, he denied the charge.

His conviction is likely to spur media speculation that Reed could become part of a possible prisoner swap reportedly being negotiated by Moscow and Washington. Neither side has confirmed such talks are taking place.

Whelan’s lawyer has said he believes Moscow wants to exchange Whelan for an arms dealer, Viktor Bout, and another Russian held in U.S. prisons.

State prosecutors accused Reed of grabbing a police officer who was behind the wheel of a car after the American was detained on Aug. 15. That, they said, caused the vehicle to swerve dangerously. He was also accused of elbowing a second officer.

Reed’s defence called the charge against him fraudulent.

His legal team said he should not have been detained and that the officers had changed their testimony throughout the trial.

Reed said he travelled to Moscow in May last year to learn Russian and see his Russian girlfriend.

The conviction adds a new irritant to Moscow’s already bad ties with Washington. The U.S. embassy said it would comment on the case later.

Tags: Court, Crime, RUSSIA, US, USA
You may also like
Recent News: