Oliver Carroll, a foreign correspondent for The Economist, posted a video on Twitter which showed a Russian Defence spokesman claiming that Ukraine was planning a “false flag operation” at Zaporizhzhia nuclear power plant which it would blame on Russia. He said the attack would take place tomorrow, August 19.

The Zaporizhia nuclear power plant is the largest in Europe – experts have warned that any catastrophe there could be many times larger than the Chernobyl nuclear disaster which occurred in 1986.

Mr Carroll said in a tweet: “Ominous. Russia’s defence spokesperson claims Ukraine is planning a ‘false flag provocation’ in Zaporizhzhia (Enerhodar) power station for August 19. ‘Russia will be blamed for the man-made catastrophe,’ he warns. In reality, Russia is using the plant as a nuclear shield.”

The spokesman in the video, Igor Konashenkov, claimed the provocation would be a “minor incident”, however experts have warned that any incident at a nuclear power plant is a cause for concern.

Ukraine has denied Moscow’s claims that it will launch a provocation operation and both sides have blamed each other for the shelling around the plant. 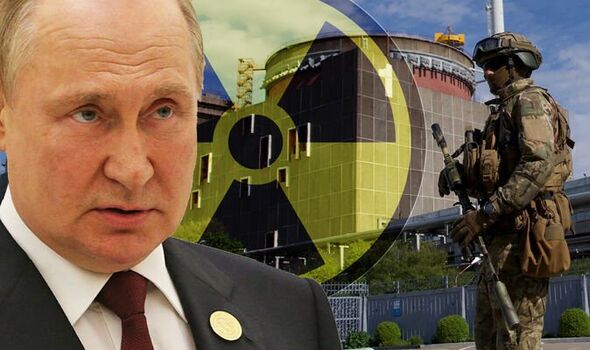 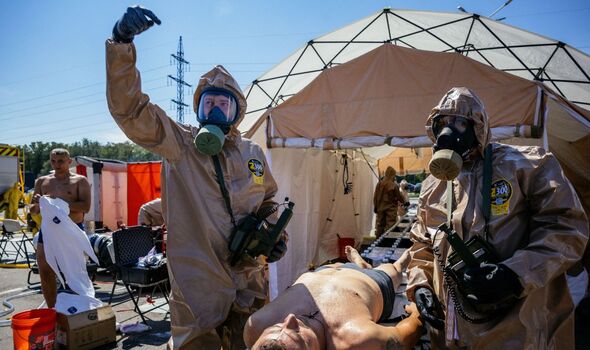 The Kremlin made the allegations shortly before Ukrainian President Zelensky met with Turkish President Tayyip Erdogan and UN Secretary-General Antonio Guterres in the western Ukrainian city of Lviv to discuss grain exports and the situation at the nuclear plant.

The head of Russia’s radiological protection forces Lt Gen Igor Kirllov claimed that the plant’s support system had been damaged by what he called “reckless” Ukrainian shelling, something which Ukraine denies.

Moscow’s Lt General then went on to present a slide which showed that in the event of a nuclear disaster, Germany, Poland and Slovakia would be heavily affected by the radiological fallout.

Moscow has said that if Ukraine continues to shell the plant – something which Ukraine denies doing – then it will be forced to shut the plant down which would likely cause widespread blackouts in the region. 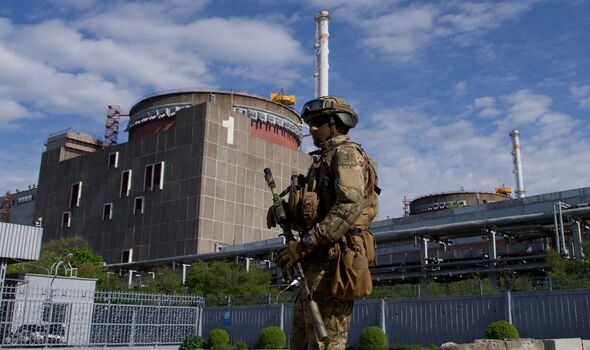 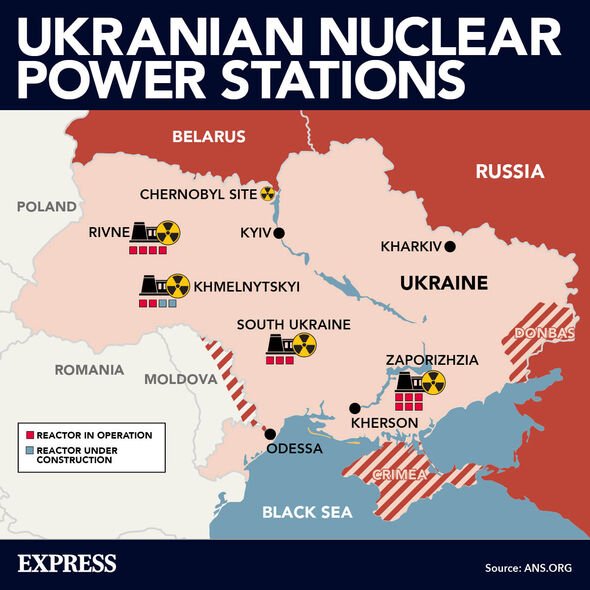 Ukraine, however, has claimed that Russia is using the power plant as a kind of shield for its forces to launch attacks. It claims Russia has shelled the plant deliberately to blame any future blackouts on Ukraine.

Mykhailo Podolyak, an adviser to Mr Zelensky, said in a tweet: “Russia is worried about the possible disaster at ZNPP [Zaporizhzhia nuclear power plant]…There is a solution.

“You simply have to remove the [ammunition] from the shops, demine the buildings, release the workers, stop shelling from the [the southern city of] Nikopol and leave the station. It’s simple, isn’t it?”

The situation at Zaporizhzhia has sparked fears of nuclear disaster since it was captured by the Kremlin’s forces in March. However, as the region heats up in the face of a Ukrainian counteroffensive, the situation seems to have escalated significantly.