Russian medical specialists have been filmed disinfecting a nursing home in one of the worst-hit areas of Italy’s coronavirus pandemic crisis. Incredible video footage released by the Russian Ministry of Defence showed the Russian team working alongside Italians to disinfect the home for Italian old-age pensioners. This has exposed the EU’s failure to help one of its own member-states which has become the hardest-hit country from the coronavirus outbreak.

The clip shows the teams ensuring the Martino Zanchi nursing home in the city of Bergamo in northern Italy’s Lombardy region is safe for the elderly to return to.

Specialists in protective hazmat suits can be seen spraying the home with disinfectant, after arriving there by a military convoy.

The astonishing effort saw 2,000 square metres of rooms and streets disinfected, according to Russian authorities.

Three disinfection procedures are planned to be performed in Italian medical institutions this week.

JUST IN: US Open fears revealed ahead of Wimbledon coronavirus cancellation

At this difficult time for frontline doctors and nurses, sign up here to show your support now to our brave NHS Heroes. 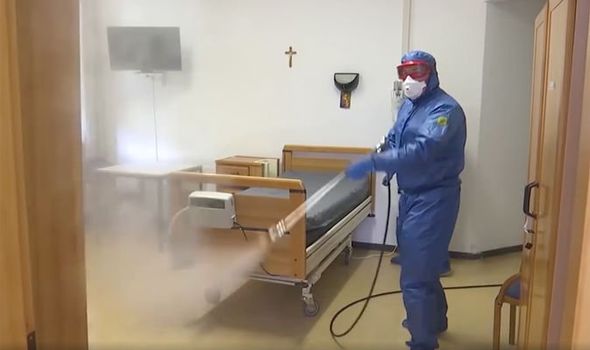 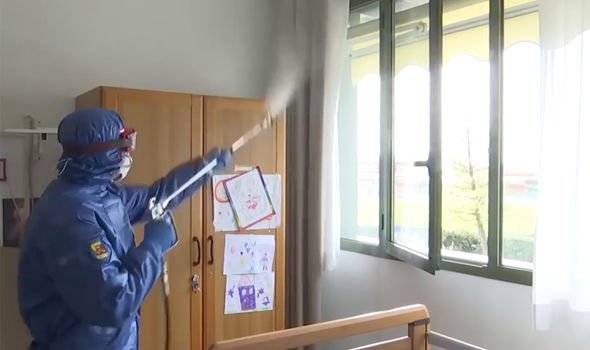 This contrasts with the silence and infighting from the European Union, which has failed to agree on a joint economic response to the crisis.

Last week, Germany, the Netherlands and Austria all rejected Italy’s pleas for so-called “corona-bonds“ as a way to cushion the economic blow of the pandemic.

George Galloway has condemned the EU for its inaction to help embattled Italy.

The former Labour MP said: “A non-socialist country is now receiving an influx of health workers from socialist Cuba, whose we’re supposed to hate. Whom the West has quarantined this past half-century or more.

“Russia, which may well be on the brink of a major coronavirus crisis itself, is sending its doctors and its medicines to Italy.

“Where is the European Union?” 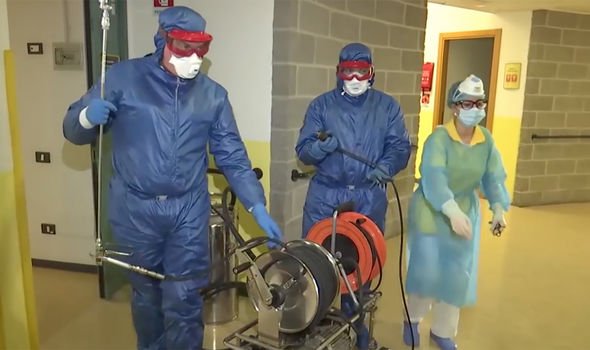 According to figures from the Johns Hopkins University, Italy has suffered 97,689 confirmed cases of COVID-19 with 10,779 deaths.

Last week, an internal document from the European Union seen by Reuters accused Russia of carrying out a “significant disinformation campaign” to worsen the impact of the coronavirus.

In response, Russia attached these claims and denied any such plan. 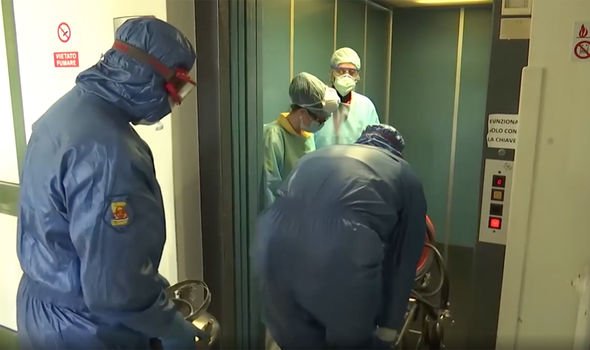 Despite these denials, the EU’s foreign policy chief Josep Borrell warned of “a struggle for influence through spinning and the politics of generosity”.

France and Germany were criticised by Italians after declining their request for medical masks and equipment during the initial outbreak.

Over the weekend, French President Emmanuel Macron warned Italy not to get “intoxicated” with Russian aid.

Tags: autoplay_video, ctp_video, ITALY
You may also like
Recent News:
This website uses cookies to improve your user experience and to provide you with advertisements that are relevant to your interests. By continuing to browse the site you are agreeing to our use of cookies.Ok