Vil Mirzayanov’s apology comes as another scientist who worked on programme denied Navalny was poisoned with Novichok. 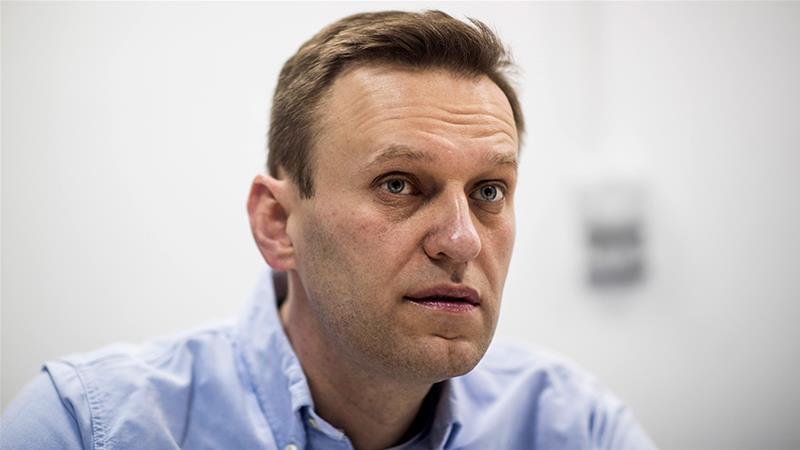 A scientist involved in the secret Soviet programme to create the Novichok nerve agent has apologised to the Russian opposition politician Alexey Navalny, who is recovering from poisoning in Berlin.

Vil Mirzayanov, a chemist who was the first to reveal Novichok’s development, in an interview with Russia’s TV Rain on Saturday evening said he wanted to apologise to Navalny after Germany said it found “unequivocal evidence” he was poisoned with Novichok.

Navalny described his severe symptoms after falling ill on a plane on August 20, including the inability to form words, saying he still struggled to pour a glass of water or use a phone.

“I offer my profound apologies to Navalny for the fact that I took part in this criminal business, developing this substance that he was poisoned with,” said Mirzayanov, who now lives in the United States and wrote the first articles on Novichok’s development in the early 1990s.

Germany has said laboratory tests in three countries have determined he was poisoned with a Novichok nerve agent, and Western governments have demanded an explanation from Russia.

Mirzayanov’s apology comes as another scientist who worked on the programme has denied that Navalny could have been poisoned with Novichok.

“Navalny will just have to be patient but in the end, he should be healthy,” Mirzayanov said, predicting recovery would take “almost a year”.

He suggested that Navalny most likely took in the poison orally, since he appears not to have contaminated others.

This counters a suggestion by another scientist who worked on Novichok, Vladimir Uglev, who told Proyekt investigative site that Navalny’s survival suggested he had only skin contact.

Navalny’s aides gathered discarded objects from his hotel room in the Siberian city of Tomsk and sent them to German experts who found Novichok on a water bottle.

Speaking to the RIA Novosti news agency, Rink said Mirzayanov, while he worked at the same research centre, he was an “ordinary” chemist not directly involved in Novichok’s creation.

“He has nothing to do with the creation of Novichok,” Rink insisted, adding Mirzayanov could not know its “biological effects”.

Rink argued that if Novichok had been used on Navalny,  the opposition leader would have died.

“He wouldn’t have survived if it was Novichok,” he said.

Tags: apo, Novichok, Russian, scientist
You may also like
Recent News:
This website uses cookies to improve your user experience and to provide you with advertisements that are relevant to your interests. By continuing to browse the site you are agreeing to our use of cookies.Ok