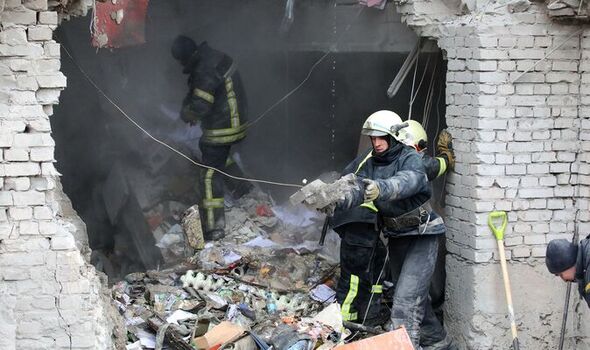 Meanwhile, separate reports have suggested Vladimir Putin is prepared to sanction public executions in captured cities. Mr Kuleba was speaking at a webinar organised by Chatham House entitled A Criminal Tribunal for Aggression in Ukraine, which was also attended by Gordon Brown. Speaking via video link from the back of a car in Ukraine, Mr Kuleba said other atrocities were also being perpetrated.

“But this is the only tool of civilisation that is available to us to make sure that in the end, eventually, all those who made this war possible, will be brought to justice.”

Mr Kuleba also backed a declaration signed by former prime minister Mr Brown and other international experts calling for the creation of a special tribunal for the punishment of aggression against Ukraine.

A European intelligence official told US network Bloomberg that Russia’s Federal Security Service is drawing up a plan to carry out public executions in Ukraine.