The German Chancellor on Monday pledged to back Ukraine and other hopefuls to join the EU. He underlined, however, that enlarging the 27-nation bloc to “30 or 36” would require the union to “seek compromises together”.

In addition to Ukraine, Mr Scholz said he was “committed to” having the six nations of the western Balkans, Moldova and Georgia accede to the EU.

But as the bloc widened, each member’s veto right would have to go, the German leader said, with a transition to a “majority voting” system so as not to slow the bloc’s decision-making processes.

Russia’s invasion of Ukraine, which last week hit the dreadful six-month mark, was already putting the system of unanimity to the test at a time when swift action was all the more necessary.

Mr Scholz clarified for member states they are now not faced with only two options of voting — yes or no — but can also adopt “constructive abstention”. 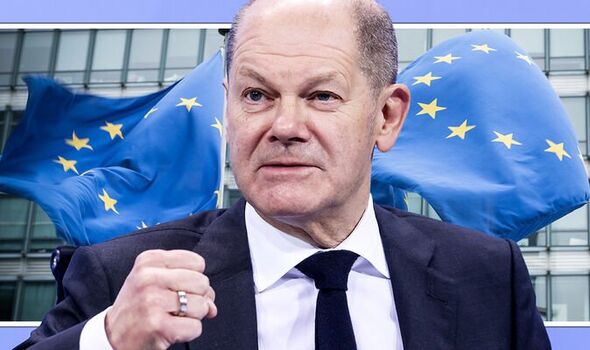 In a speech on his vision for the bloc at Charles University in Prague, the Chancellor said: “Let’s seek compromises together.

“I could imagine, for example, starting with a majority voting in areas in which it is particularly important that we speak with one voice – in sanctions policy, for example, or on issues relating to human rights.”

Human rights violations lie at the heart of Moscow’s war on Kyiv.

Since the full-scale military conflict was launched by Russian President Vladimir Putin in late February, 13,718 civilian casualties were recorded in Ukraine, according to the Office of the UN High Commissioner for Human Rights (OHCHR). 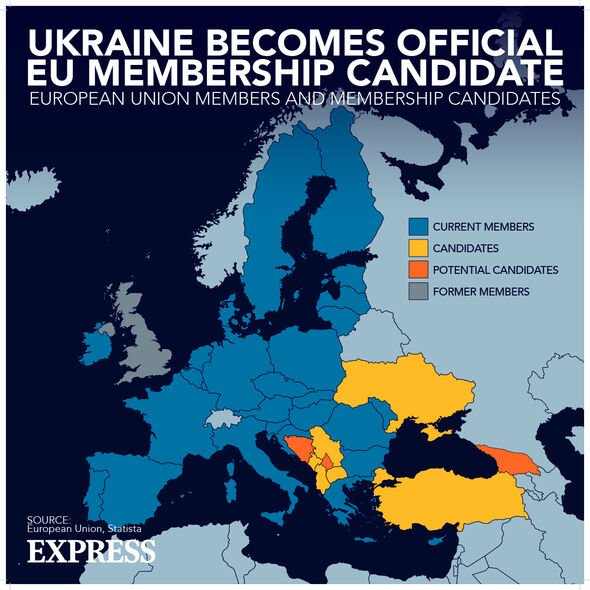 Most of the civilian casualties recorded were caused by the use of explosive weapons with wide area effects, including shelling from heavy artillery, multiple launch rocket systems, missiles and air strikes, the OHCHR said.

The agency added it believes the actual figures are significantly higher, as access to information from some locations where intense hostilities have been going on has been delayed and many reports are still pending corroboration. 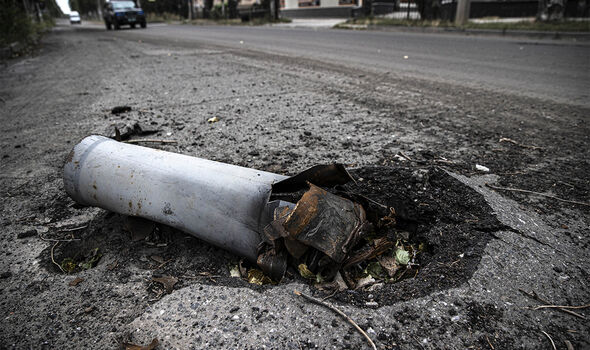 The war in Ukraine, Mr Scholz said in his address in the Czech Republic, laid bare the “uncoordinated shrinkage of European armed forces and defence budgets” which has to be rectified with “coordinated growth”.

Germany, he said, will be ramping up “very significantly” on its air defence system, and also design it in a way that it could also be a shield for European neighbours from the Baltics to Scandinavia.

Mr Scholz did not give further details but he had in March revealed plans to purchase an Israeli anti-missile shield system that could also offer protective cover for neighbouring EU states.

While that will be a long-term project, Berlin was already coordinating with the Netherlands on a “division of labour” on arming Kyiv.

Vowing to support Kyiv for “as long as it takes”, he said: “I can, for example, imagine that Germany will assume special responsibility in terms of building up Ukraine’s artillery and air defence capacities.”

The Chancellor also urged other allies to commit to backing the war-torn nation.