US ‘has Europe under their control’ says Sergei Lavrov

Russian Foreign Minister Sergei Lavrov will attend a G20 meeting in Indonesia next week as his country’s invasion of Ukraine continues to cause international concern. Several Western countries are threatening to boycott a leaders’ summit if Russia’s President Vladimir Putin attends. Lavrov denied this week that his country’s forces targeted civilians in Kremenchuk after a shopping centre was shelled. Russia’s defence ministry admitted responsibility for the missile strike where at least 20 people died.

Lavrov is one of Putin’s most fiercely loyal colleagues in the Kremlin, having worked his role for 18 years.

He has come face-to-face with a number foreign secretaries from around the world during this time, including David Miliband in 2008.

Mr Miliband was back then part of the of the Gordon Brown government, and had been sent to Russia to speak with Lavrov about the country’s recent invasion of Georgia.

Asking about South Ossetia — one of the areas Russia invaded and has since occupied — Lavrov is said to have sworn at Mr Miliband, telling him: “Who the f*** are you to lecture me?”

His words were repeated in a four page letter, in which it was reported that multiple expletives were directed at the UK. 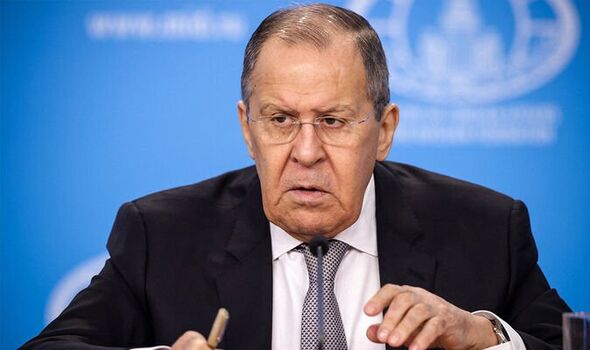 A Whitehall source said: “It was effing this and effing that.

“It was not what you would call diplomatic language. It was rather shocking.”

According to reports from the time, Mr Miliband was “surprised” by the aggression of the attack, as well as the way in which the language was delivered.

The letter was sparked by Mr Miliband’s objections to the invasion of Georgia, something that was never really addressed as Russia today occupies about 20 percent of Georgia’s former territories. 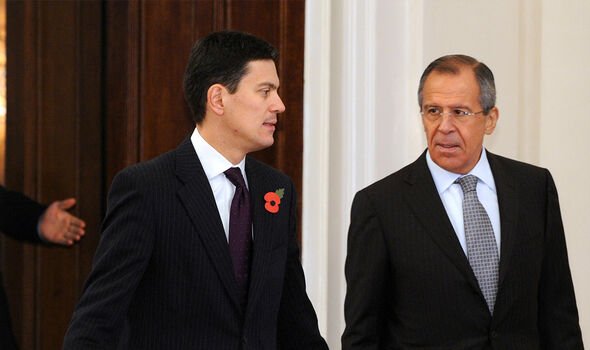 Mr Johnson also found himself tangled in a row with Lavrov when he served as foreign secretary.

In 2017, they sparred over the issue of alleged Russian meddling in the Brexit referendum.

As Lavrov claimed Mr Johnson had said there was no “no evidence of Russian interference in the Brexit referendum”, the former London Mayor hit back: “‘Not successfully’ is what I said.”

Lavrov replied: “He’s scared that if he doesn’t disagree with me, his reputation will be ruined at home.”

Lavrov then summed up the tough relationship between Moscow and London. 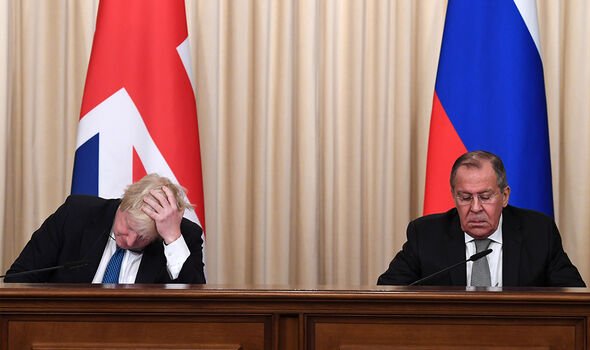 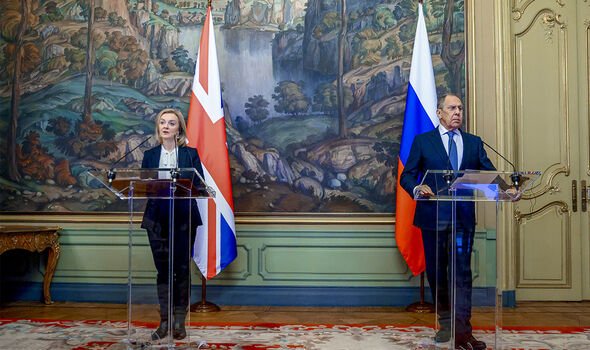 He said: “It’s no secret that our relations are at a low point and that’s not at our initiative.

“We’ve noticed you and other western countries have your reasons for this and you prefer to speak about them publicly. We would prefer to discuss these issues directly, not in public through microphones.”

Mr Johnson also said that “things are not easy between us at the moment.”

This year, it was the turn of Foreign Secretary Liz Truss, as Lavrov described their talks as far from diplomatic.