The two former Soviet republics accuse each other of shelling military positions and villages. 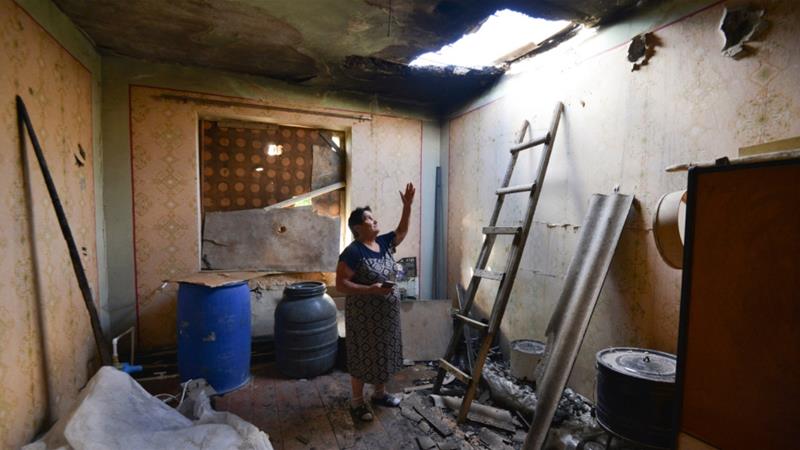 Azerbaijan and Armenia have accused each other of shelling military positions and villages, breaking a day of ceasefire in border clashes between the long-feuding former Soviet republics.

Prior to that, 15 soldiers from both sides and one civilian had died since Sunday in the flareup between nations who fought a 1990s war over the mountainous Nagorno-Karabakh region.

In a blizzard of rhetoric on both sides, Azerbaijan warned Armenia it might attack the Metsamor nuclear power station if its Mingechavir reservoir or other strategic outlets were hit.

The neighbours have long been in conflict over Azerbaijan’s breakaway, mainly ethnic Armenian region of Nagorno-Karabakh. But the latest flareups are around the Tavush region in northeast Armenia, some 300km (190 miles) from the enclave.

“With no gain in the battlefield, the Azerbaijani military units began shelling the villages … deliberately targeting the civilian infrastructures and the population,” Armenia’s foreign ministry said in a statement on Thursday.

Azerbaijan denied targeting civilians and made the same accusation against Armenia of shelling villages.

Local villagers on both sides of the border told AFP news agency their homes had come under fire and they feared for their lives.

“An artillery shell hit our yard, 10 metres from the house,” resident Shain Abiyev said in the Azerbaijani village of Dondar Quscu near the border.

“Fortunately my family was not at home, but if they had been in the house there would have been a tragedy.”

In Aygepar, on the Armenian side, 70-year-old Evelina Hovhannisyan said she had spent eight hours in her bathroom while the village was under fire. 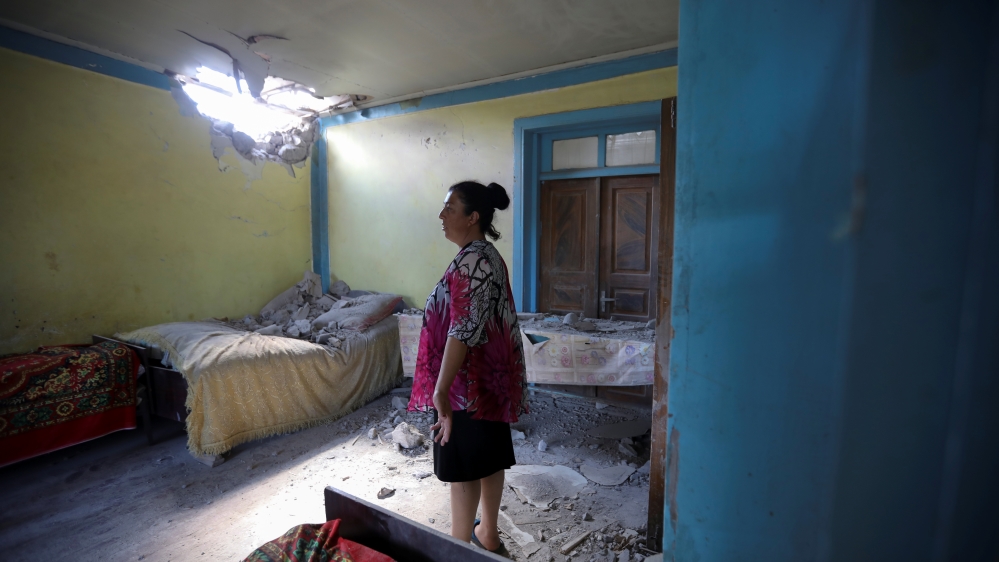 In a surprise move on Thursday, Azerbaijan President Ilham Aliyev sacked his long-serving foreign minister, Elmar Mammadyarov, after denouncing his performance, accusing him of “meaningless negotiations” with Armenia.

He was replaced by the education minister, Jeyhun Bayramov.

The fighting has prompted calls for immediate de-escalation from the United States, the European Union and regional powerbroker Russia. Turkey has spoken out in support of its ally, Azerbaijan.

International concern is heightened because of the threat to stability in a region serving as a corridor for pipelines taking oil and gas from the Caspian Sea to global markets.

It is unclear what ignited this summer’s flareup, but analysts say it could have been a small incident like a cross-border shooting that quickly escalated.

But she said it seemed unlikely the crisis would escalate, as “neither side has territorial claims” on northern border areas and the fighting had not spread to Karabakh itself.

Ethnic Armenians in Nagorno-Karabakh declared independence during a conflict that broke out as the Soviet Union collapsed in 1991.

Though a ceasefire was agreed in 1994, Azerbaijan and Armenia frequently accuse each other of attacks around Nagorno-Karabakh and along the separate Azerbaijan-Armenia frontier.

Tags: an, Azerbaijan, between, Shelling
You may also like
Recent News:
This website uses cookies to improve your user experience and to provide you with advertisements that are relevant to your interests. By continuing to browse the site you are agreeing to our use of cookies.Ok