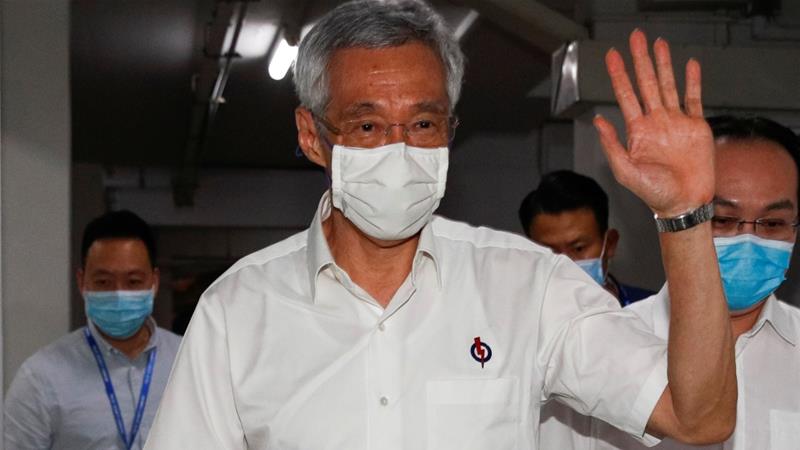 Singapore Prime Minister Lee Hsien Loong’s long-governing party has comfortably won general elections, which took place amid the coronavirus pandemic, but faced a setback as the opposition made minor gains.

The Workers Party, the only opposition with a presence in parliament, increased its seats from six to 10.

Local media reported the PAP’s popular vote fell to 61 percent. It marked a decline in the PAP’s performance from 2015 polls where it took 93 percent of seats and nearly 70 percent of the total vote.

“In the Singapore context, this is a defeat [for PAP]. Worst seat performance and loss of popular vote in an election that they called early in a pandemic mistakenly thinking the crisis would help them,” Bridget Welsh, honorary research associate at Malaysia’s University of Nottingham told The Associated Press news agency.

The PAP has dominated politics since 1959, when Lee’s father, Lee Kuan Yew, became Singapore’s first prime minister and built the resource-poor city-state into one of the world’s richest nations during 31 years in office.

But it has also been criticised for tight government control, media censorship and use of oppressive laws and civil lawsuits against dissidents. 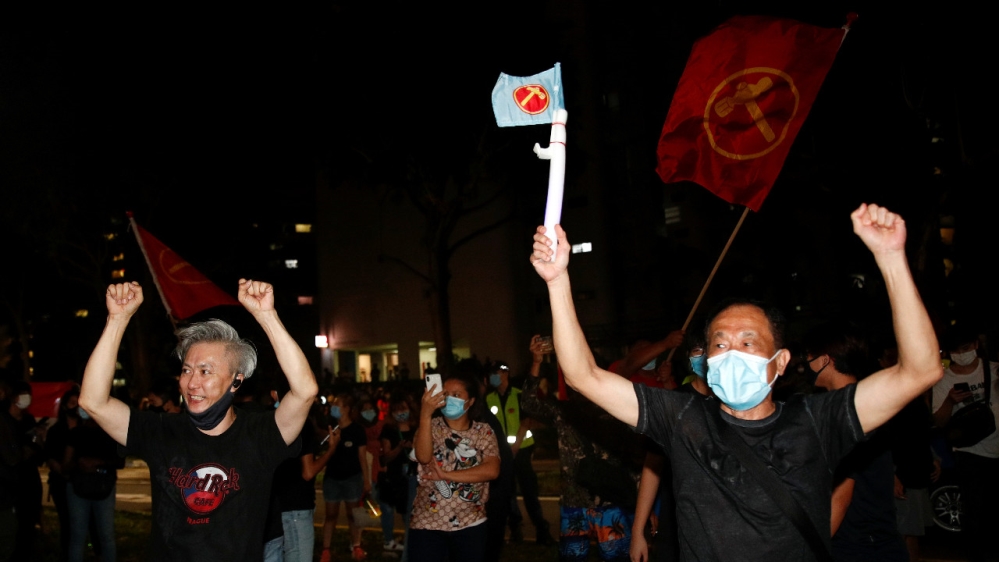 Polling was earlier extended by two hours until 10pm (14:00 GMT) after strict safety measures in place for Southeast Asia’s first national election amid the pandemic delayed voting at some stations.

Some opposition parties slammed the move as irregular and warned it might compromise the election’s integrity.

Voting is compulsory in the tiny city-state, one of a handful of countries that has held elections during the pandemic.

The Election Department earlier dropped a requirement that disposable gloves be worn during voting to cut waiting time.

Retiree Dennis Phua said the election should not have been rushed since the PAP’s five-year mandate would have continued until next April. He said he hopes for louder opposition voices in parliament so the PAP will not be “so arrogant”.

“There are so many things we are not satisfied with. It’s a good government, but the way they do things can be better,” Phua told the AP as he waited outside a school to vote.

Other voters expressed their satisfaction with the governing party.

“I hope that it will remain as the status quo. For so many years, it has been the same and so far so good,” said homemaker Florence See. She praised the government for putting in place strict measures to protect voters.

Lee has faced opposition from his estranged younger brother, Lee Hsien Yang, who said the PAP had turned into an elitist party.

The younger Lee joined an opposition party last month but did not run in the election.

The prime minister said the polls were about ensuring a strong government to secure the country’s future, not his family feud.

Singapore’s election follows polls in Serbia and Mongolia last month and in South Korea in April, when governing parties in all three countries scored resounding victories.

Tags: governing, PAP, Singapore's
You may also like
Recent News: