And the spring-like spell looks set to last for much of next week.

Experts said parts of Britain could see highs of 62F today and tomorrow, though the warmest conditions will be in the South.

The Met Office said that while the West will initially see some heavy rain today, all areas will get some pleasant broken clouds and sunshine by tomorrow.

Chris Fawkes, of BBC Weather, said: “We’re starting to draw up more of a southerly flow of wind and that will start to drag up some of the warmer air from North Africa and Spain, which will push across westerly Europe and in across parts of the United Kingdom.

“On Saturday and Sunday, particularly Sunday, parts of eastern England will see temperatures as high as 62F, way above average for the time of year. 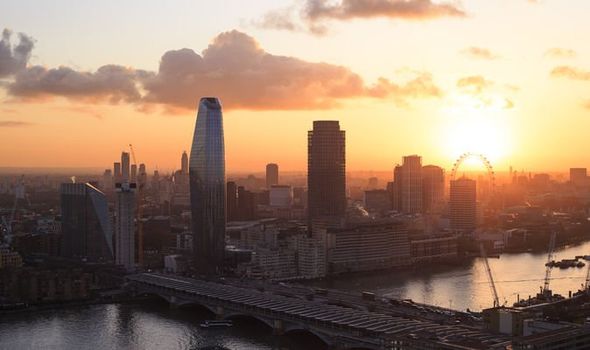 “And that warmth will last into Sunday as well.”

As the warmer air approached yesterday, there were some stunning sunrises and sunsets across the country.

Photographers captured some sparkling sunny scenes off the coast of Northumberland, as well as in Ely, Cambs, and in central London as the nation finally started to creep out of winter.

There were also early signs of spring at Welford Park, near Newbury, Berks, as snowdrop flowers covered the woodland floor in a beautiful white carpet display. 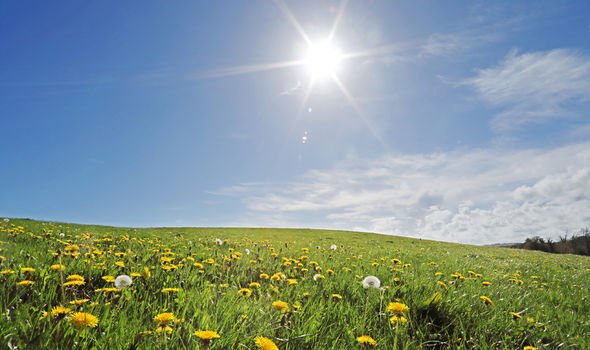 But the warmer conditions may also see a reduction in air quality as a plume of sand from the Sahara moves north in the atmosphere across central Europe. It is uncertain if the large expanse of sand particles will reach the UK.

The welcome warm spell comes just days after temperatures plunged to a low of -23C in Aberdeenshire – the coldest since 1995.

For a week, the nation shivered amid snow and ice brought by Storm Darcy. The Met Office warned that colder weather could return later in the month when drier conditions are forecast.

There could also be a risk of snow showers again, it was said.