US Secretary of State Mike Pompeo said earlier this morning he held a phone call with Singapore’s Foreign Minister Vivian Balakrishnan, in which the two discussed ways to “promote stability” in the region. The US official said the US would back Southeast Asian nations “upholding their rights and interests” in the region.

Mr Pompeo also outlined the US’ opposition to China’s territorial claims in the South China Sea during the call.

Mr Pompeo wrote on Twitter: “Great conversation with Singaporean Foreign Minister Vivian Bala today to discuss our desire to uphold international law in the South China Sea and promote stability and prosperity in the Indo-Pacific.”

Cale Brown, Principal Deputy Spokesperson for the US State Department, provided more details of the conversation.

In a statement, the spokesperson said: “Secretary Pompeo reiterated US support for Southeast Asian states upholding their sovereign rights and interests under international law, and he underscored US opposition to PRC efforts to use coercion to push its unlawful South China Sea maritime claims. 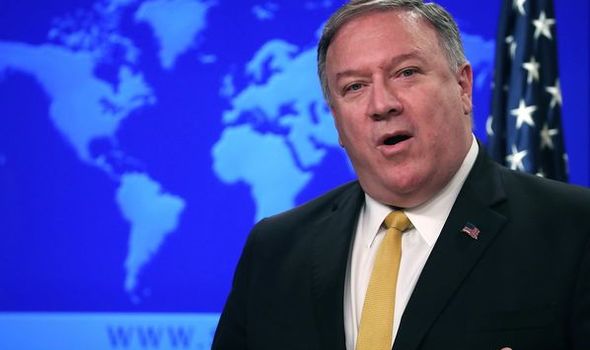 “Secretary Pompeo and Foreign Minister Balakrishnan also discussed the importance of our longstanding partnership and ways to expand our cooperation further, including in ASEAN and its related fora.”

However, last month China’s ambassador to the Philippines, Huang Xilian, warned Southeast Asian countries against attempts by the US to “sabotage” stability in the region by becoming involved, according to reports.

In other news, Japan has spoken out on the issue in recent weeks.

READ: Donald Trump already at risk of power grab from within OWN party over election result 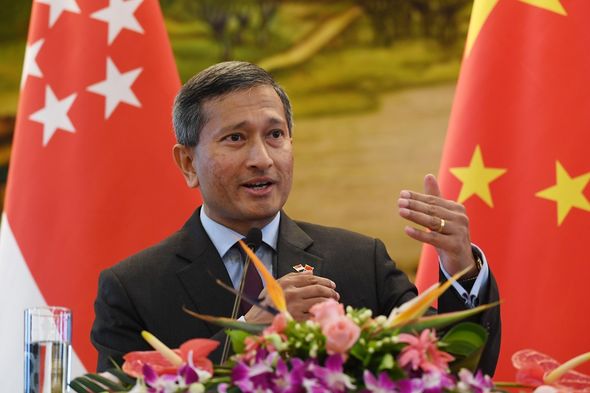 Last month, the country’s government said in its annual defence review China “is continuing to attempt to alter the status quo” in both the East China Sea and South China Sea.

The review also said there had been “relentless” moves by China around a contested group of islands known by Japan as the Senkakus and by China as the Diaoyus, Al Jazeera reports.

Over the past couple of months, the US has stepped up reconnaissance missions into the South China Sea.

The increase in spy planes was picked up by the South China Sea Strategic Situation Probing Initiative – a think tank based at Peking University. 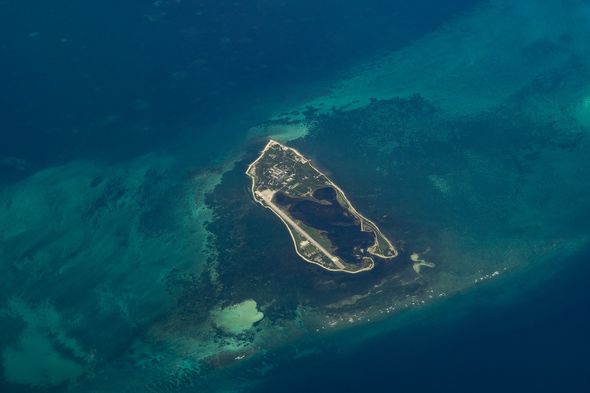 SCSPI researchers found there had been 67 US surveillance operations over the region in July – up from 35 in May.

However, the research group said there was “no need” for the US to conduct such intensive missions, because it “possessive all-around advance reconnaissance technology”.

On one occasion, a US plane came within roughly 47 miles of Shanghai on the Chinese mainland. 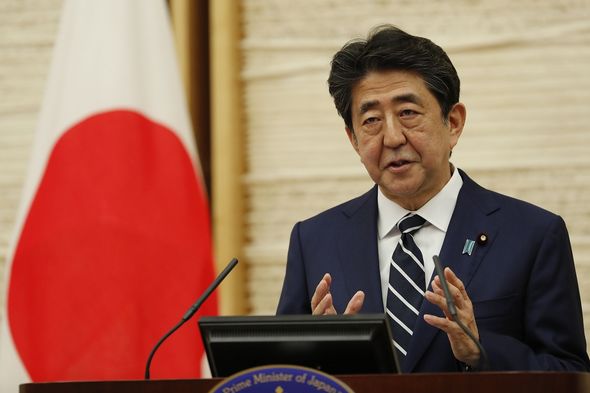 Explaining why the airborne surveillance may have been stepped up in this way, SCSPI director Hu Bo said the coronavirus pandemic could be a factor.

In an interview with Chinese news outlet the Global Times, he said “many US warships” had been hit with “group infections events”.

The think tank director claimed this could have caused a shortage of warships, and “the US might have opted to enhance aviation reconnaissance.”