SpaceX Starship explodes whilst attempting to land during test

Earlier SpaceX’s bullet-shaped uncrewed rocketship soared several miles, flipped sideways as planned and descended in freefall. It was the most elaborate outing yet for the spacecraft that tycoon Musk says could carry people to Mars in as little as six years.

The 160ft full-scale steel prototype was shooting for an altitude of up to eight miles – 100 times higher than previous hops and skimming the stratosphere.

Its Raptor engines reignited for braking and Starship tilted back upright. 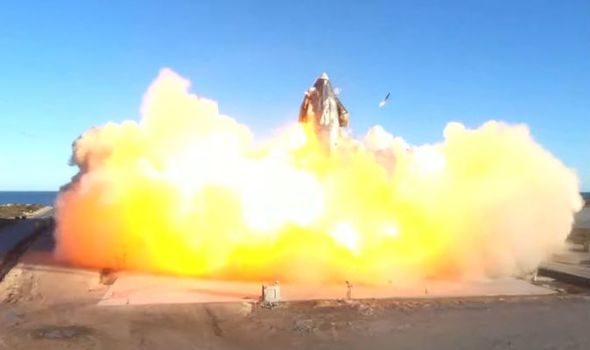 But it burst into flames and ruptured, with parts scattering across the landing site in Texas on Wednesday.

The entire flight lasted just over six minutes and 40 seconds.