MADRID (Reuters) – Spanish authorities on Monday prepared to further loosen one of Europe’s toughest coronavirus lockdowns and played down concerns that letting children outdoors after six weeks had led to crowds forming in public spaces.

Having suffered one of the world’s deadliest outbreaks of the COVID-19 respiratory pandemic, Spain shut down public life on March 14 to curb its spread, but recently began to ease restrictions as it reined in the infection rate. The government is now preparing to phase out further restrictions on mobility.

In the most significant relaxation of the lockdown yet, on Sunday children under 14 were granted one hour of daily supervised outdoor activity if they adhered to social-distancing guidelines and stayed within 1 km of their homes.

Health Minister Salvador Illa told a news conference the first day under the new regulations had gone well and the behaviour of most people had been “exemplary,” though again stressed the need for all to observe social-distancing rules.

Some local authorities had complained parents were allowing their kids to flout the regulations, and TV footage showed large crowds gathering in parks and on boardwalks across the country.

In the capital Madrid, police deployed drones to patrol recreational areas, broadcasting the new rules over loudspeaker and monitoring for any breaches.

“The rules are there to protect your children’s health,” Interior Minister Fernando Grande-Marlaska said, adding he had received reports of entire families out strolling together and children playing in groups, both of which remain prohibited.

At a press briefing in Barcelona, Catalan regional interior secretary Miquel Buch called for more nuanced regulations such as allowing children of different ages out at different times to avoid crowds.

He also said that, in future, the Spanish government should set aside specific times for vulnerable groups, such as the elderly, to be outdoors. 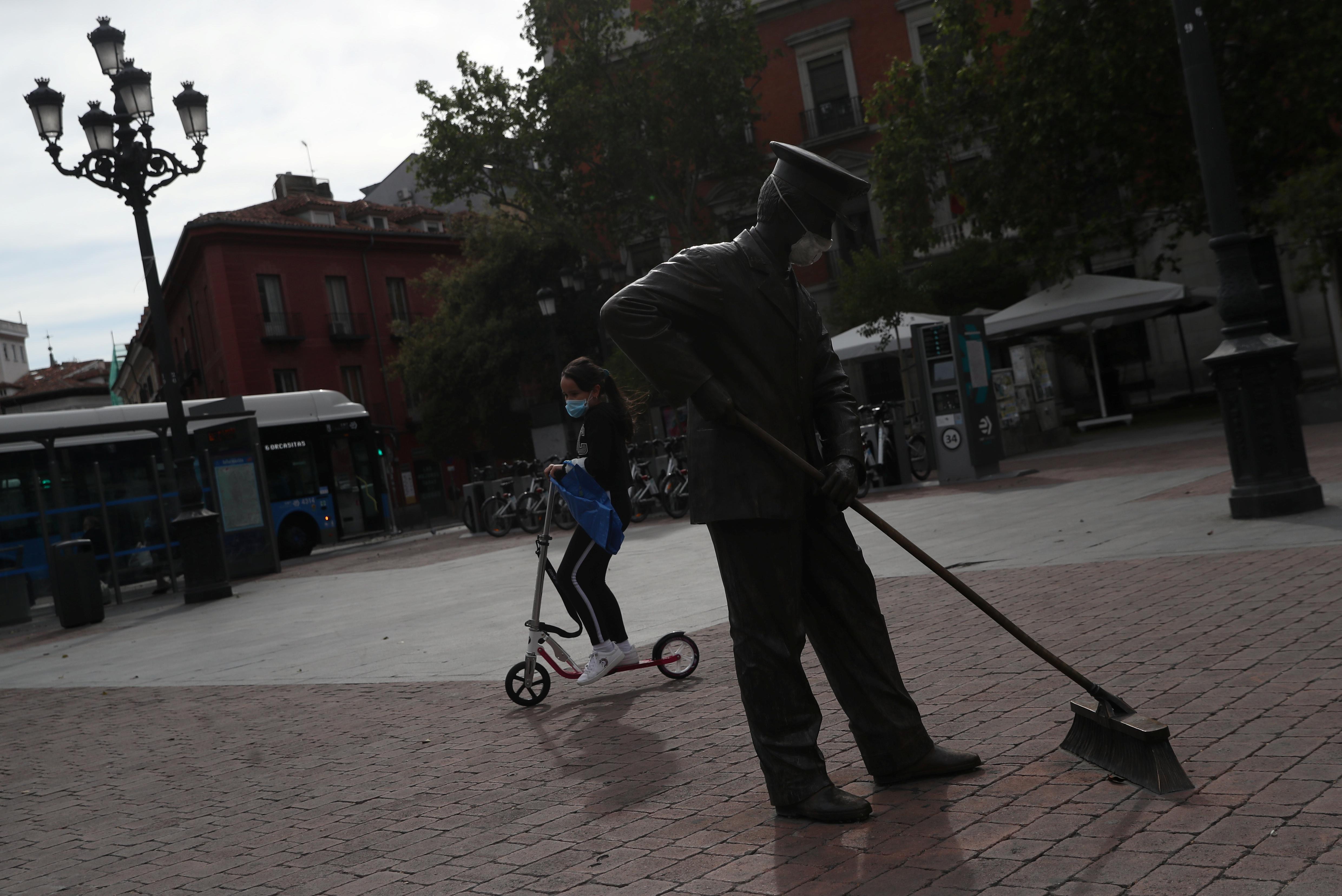 A long-awaited study into the prevalence of the coronavirus among the Spanish population began on Monday. Directed by the Carlos III institute for health, it aims to test 36,000 families for the presence of antibodies generated to fight off the virus.

It should help researchers identify people who were infected but never tested because they did not become ill enough to seek medical attention or never developed symptoms.

The testing will help the government gauge the real extent of the epidemic, taking into account also those who may be immune or resistant to the infection.

“Its relevance goes beyond the purely scientific,” the institute’s director, Raquel Yotti, said. “The goal is to help us make public-health decisions.”

If the daily death toll continues to fall, Spaniards of all ages will be allowed to exercise outdoors from May 2, Prime Minister Pedro Sanchez announced on Saturday.

He also said his cabinet would approve on Tuesday a wider plan to lift restrictions and gradually restart the country’s stuttering economy.

Although some key businesses have continued to operate through the shutdown, bars and restaurants remain closed and the country’s vital tourism sector has ground to a halt. 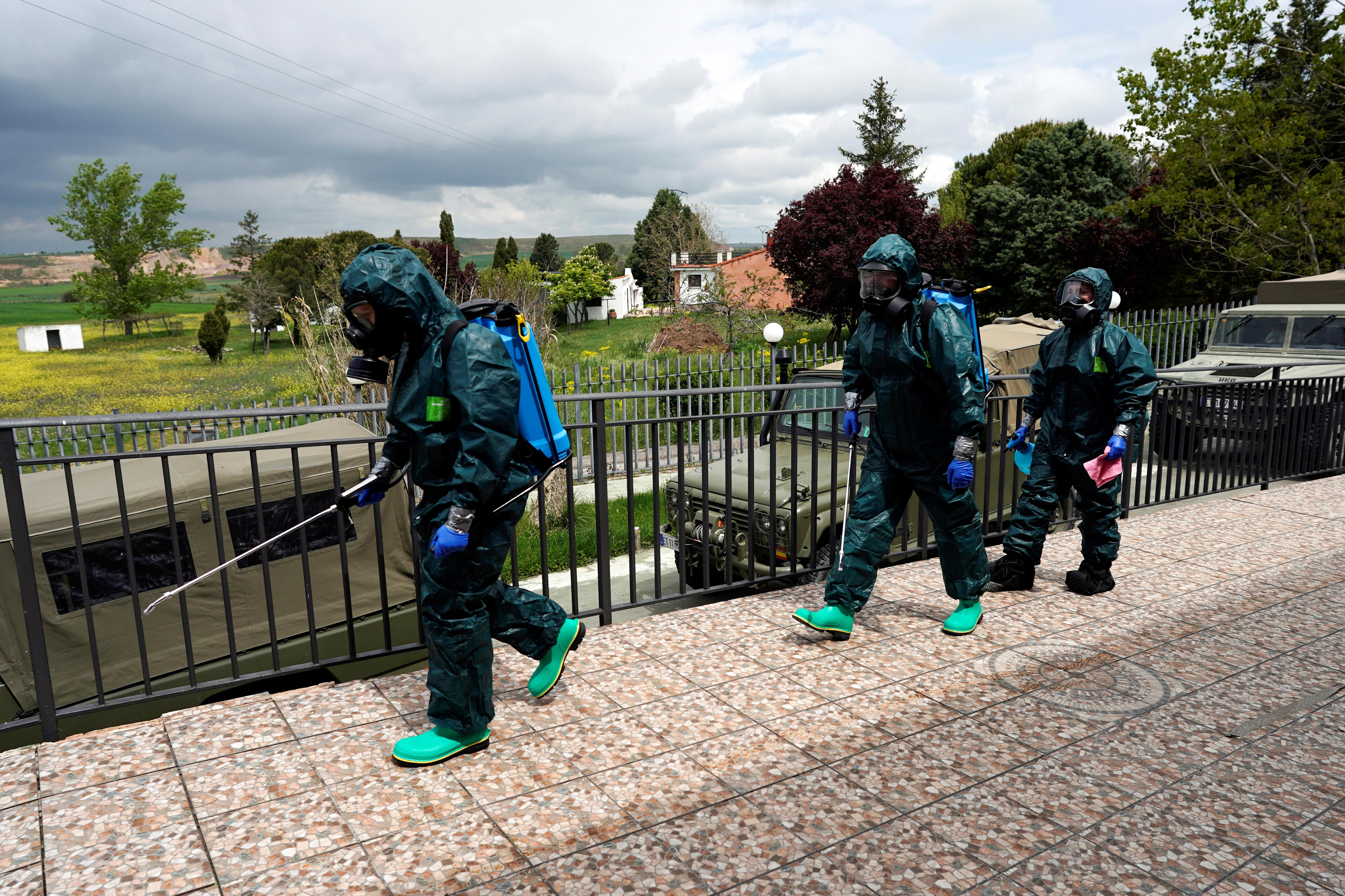 Other company which had halted production are resuming trade in Spain as the contagion eases. Car maker Volkswagen (VOWG_p.DE) Monday said it would restart its assembly lines at its Seat factories in Spain.

The lockdown loosening will not be rolled out by the authorities in unison across the country. Instead, each region will decide its own plan based on several criteria, including the infection rate and capacity of local health services.

Tags: CH, Coronavirus, HEALTH, SPAIN, US
You may also like
Recent News:
This website uses cookies to improve your user experience and to provide you with advertisements that are relevant to your interests. By continuing to browse the site you are agreeing to our use of cookies.Ok