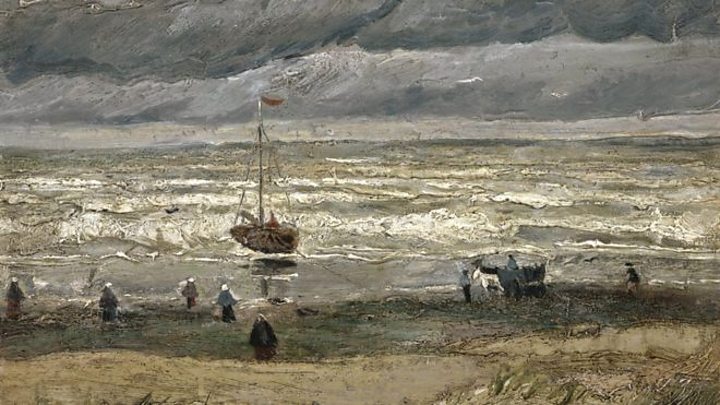 They spent years under wraps and out of sight in a criminal’s safe – but two Van Gogh paintings are now back on show in the Dutch museum they were stolen from in 2002.

The canvases, Sea View at Scheveningen and Congregation Leaving the Reformed Church at Nuenen, date from Van Gogh’s early period and are described as priceless.

However, Dutch culture minister Jet Bussemaker said their real value would be in the eyes of those who can now see them again.

Thieves seized the canvases from the Van Gogh Museum in Amsterdam – which contains the world’s largest collection of Van Gogh works with more than 200 paintings and 500 drawings – after breaking in through the roof.

One of the men convicted over the theft, Octave Durham, has revealed that he was actually after the artist’s better known works, but they were harder to steal.

He told a documentary to be aired later that he found it “trivially easy” to break in to the museum.

“The heist took about three minutes and 40 seconds,” Durham says in the film, the New York Times reported. “When I was done, the police were there, and I was passing by with my getaway car. Took my ski mask off, window down, and I was looking at them.”

He said he and his accomplice had wanted to steal Sunflowers but the artwork was too well guarded, Trouw newspaper reported. They then turned their attention to The Potato Eaters, considered the painter’s first masterpiece, but decided it was too big to fit through the hole they had entered through.

Durham told the filmmakers he had selected the seascape because the thick paint convinced him it would be valuable. He was arrested a year later in the Spanish resort of Marbella and convicted in 2005, but had until now maintained he was innocent.

The theft was a case of “art-napping” by an opportunist burglar, art investigator Arthur Brand told the BBC. 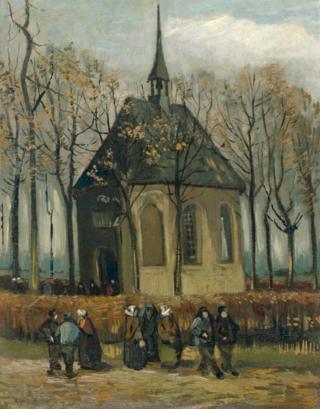 “No art collector will pay for stolen art they can’t display,” he said. But stolen art could be used as leverage by criminals who offer its return in exchange for reduced sentences for their crimes.

Dutch criminal Cor van Hout – who became notorious for kidnapping the beer tycoon Freddy Heineken for an estimated $10m (£8m) ransom in 1983 – wanted to buy them but he was gunned down in a gangland hit before the deal could be done.

Another potential buyer met the same fate and the paintings were eventually sold to Raffaele Imperiale, a low-ranking mafioso who was at the time running an Amsterdam coffee shop.

Imperiale was among several suspected dealers arrested by Italian police last January. Another suspected dealer arrested at the same time reportedly told investigators the paintings were at Imperiale’s house.

The BBC’s James Reynolds in Rome says mafia members are not known for their understated good taste and raids have often revealed a preference for ostentatious, kitsch decoration, so Imperiale was unlikely to have bought the paintings for display purposes.

They were found wrapped in cloth in a safe in a house in the picturesque seaside town of Castellammare di Stabia, near Pompeii, last September.

Van Gogh Museum Director Axel Ruger said it was wonderful to have the works back on display.

“I think it’s one of the most joyous days in my career really,” he said.

The museum has not made any comment on the upcoming documentary, Trouw said.

Why are the paintings significant?

Seascape at Scheveningen was one of only two seascapes he painted while he lived in the Netherlands.

It shows a foaming, stormy sea and thundery sky, and was painted in 1882 while he was staying in The Hague.

Congregation Leaving the Reformed Church at Nuenen (1884) was painted for Van Gogh’s mother, but also partly for his father, who had become a pastor at the church in 1882. When his father died in 1884, Van Gogh added churchgoers, including a few women wearing shawls used for mourning.

The 2002 Van Gogh museum raid was one of a series of thefts that shocked the art world.

In 2004, two Edvard Munch masterpieces, The Scream and Madonna, were seized by armed men who raided the Munch museum in Oslo. Several men were jailed and the paintings later recovered after painstaking detective work in 2006.

Another version of The Scream was stolen from the National Art Museum in Oslo in 1994 and that too was later recovered in a sting operation by UK detectives.

In 2012, seven artworks were stolen from Rotterdam’s Kunsthal museum, including paintings by Picasso, Monet and Matisse. Two thieves were later jailed, telling a Bucharest court that security at the museum had been lax. Some of the paintings were destroyed in an oven.

Earlier this year, four paintings out of a haul of 24 stolen from a Dutch gallery in 2005 were recovered in Ukraine.

Tags: back, displ, Goghs, on, Stolen, Van
You may also like
Recent News:
This website uses cookies to improve your user experience and to provide you with advertisements that are relevant to your interests. By continuing to browse the site you are agreeing to our use of cookies.Ok