Weather warnings are in place across the UK and Ireland as Storm Ellen unleashes fierce winds and torrential rain over the next few days. Impacts have already been felt across Ireland, with power outages from 9.30pm last night. Across Ireland, nearly 200,000 homes and businesses have been left without power. Storm Ellen will later move across to England and Wales, unleashing severe storm conditions.

Now forecasters have said Storm Ellen has strengthened into a 900-mile-wide “weather bomb”.

The Met Office said: “A ‘weather bomb’ is not a perfect meteorological term but is defined as an intense low-pressure system with a central pressure that falls 24 millibars in a 24-hour period.” 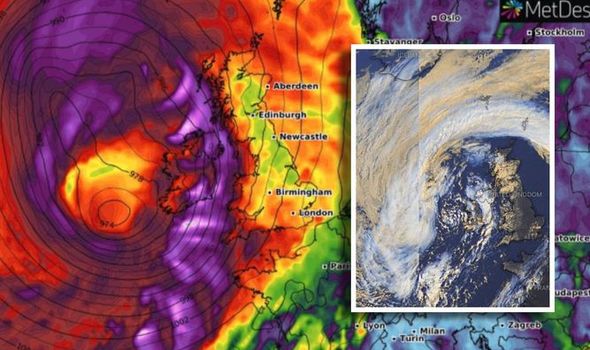 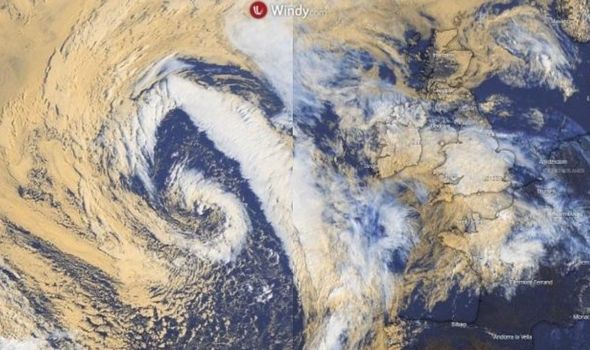 Wales has already begun to feel some effects, with 66mph winds recorded in Pembrey Sands, on the coast of West Wales.

The Met Office tweeted: “Storm Ellen is currently bringing some unseasonably windy weather across the west with Wales having seen the strongest winds so far.”

Ellen’s classification as a “weather bomb” by forecasters is because of “explosive cyclogenesis” which occurs when air pressure drops by more than 24 millibars in 24 hours.

Exposed southern coasts of the Republic of Ireland saw gusts of 89 mph at Roches Point on Wednesday night into Thursday morning. 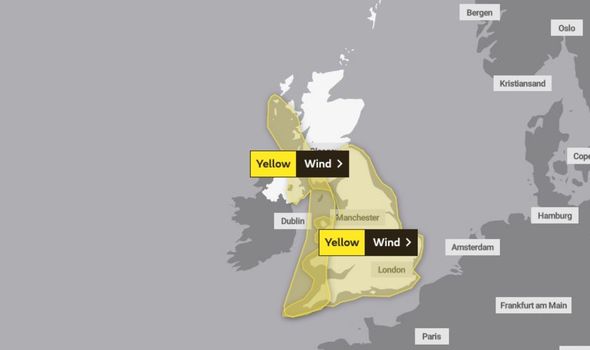 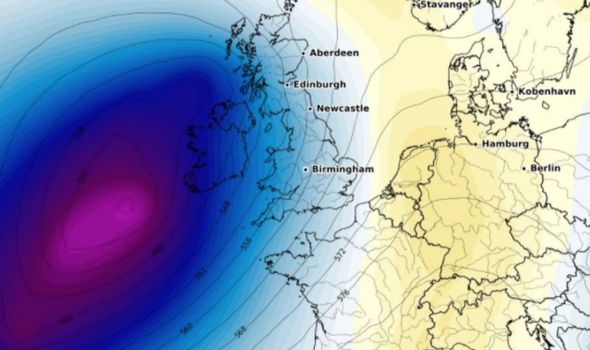 Storm Ellen was formed from a “decayed tropical cyclone” and other storm systems and was named by Met Eireann on Tuesday.

Yellow weather warnings have been issued from Scotland’s west coast to western Wales and down to Cornwall, and are in place until 4am on Friday.

Met Office Chief Meteorologist, Steve Ramsdale said: “Following the recent hot and thundery weather we are seeing a significant change to very unsettled conditions for August with an unseasonal spell of strong winds associated with low-pressure centres for the second half of the week.

“Uncertainty remains high in the intensity of these systems at this point, but we are confident in the change to a spell of much windier weather.

“Tropical air associated with a decayed tropical cyclone is being drawn towards the UK, and the marked contrast between this warm and moist air with normal North Atlantic air masses can lead to a very vigorous system.”

The Environment Agency warned of floods from big waves and downpours. 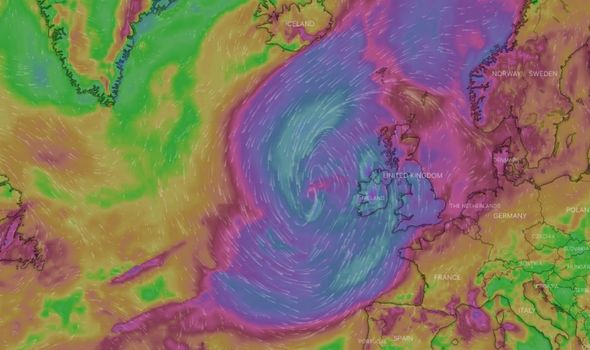 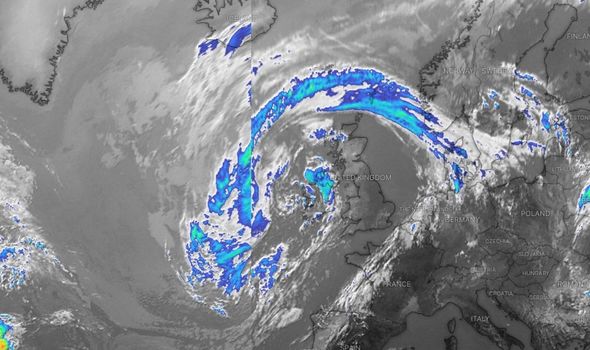 “Land, roads and some properties may flood and there may be travel disruption.”

SWE writes: “Scattered to widespread organised storms with rain and wind squalls are also expected within the airmass beneath a deep cyclone’s core.

“Together with severe winds, torrential rainfall is possible to occur as well.

“Especially across the MDT risk. As storm cells will be rather fast, mainly intense rain/wind squalls are expected.”

Deputy Chief Meteorologist, Matthew Lehnert said: “Along with the sometimes heavy rain, strong winds have the potential to cause impacts that are not common in August.

“With this spell of unsettled weather coinciding with trees in full leaf and a peak in the camping season, wind-related impacts are more likely at lower wind speeds compared to other times of the year, particularly across Northern Ireland where winds are forecast to be strongest.”

Temperatures will be much lower than the last ten days, dropping after the scorching heatwave conditions of last week.

Many locations across the UK will see temperatures around normal values for August, but parts of East Anglia could still see highs of around 28.0 C on Thursday

Tags: autoplay_video, headlines, STORM
You may also like
Recent News:
This website uses cookies to improve your user experience and to provide you with advertisements that are relevant to your interests. By continuing to browse the site you are agreeing to our use of cookies.Ok