Suez Canal: Ever Given remains stuck after efforts to move it

More than 320 ships are stuck behind the huge 400-metre-long container ship, which became lodged across the Suez Canal on Tuesday. Last night attempts were made to free the Ever Given during high tide after the day was spent dredging 20,000 tonnes of sand. However, the ship remains stuck for now.

Efforts to refloat the Ever Given will resume again today, with more tugboats due to arrive to try and help push and pull the ship out of its position.

The tugboat crew managed to shift the ship 30 degrees in two directions on Saturday.

Footage posted on Twitter shows the tugboats honking their horns to celebrate the victory, posted with the caption: “Ever Given has moved two inches, all tug bats happy.”

Following the success, it is hoped the reinforcements will see the Ever Given afloat by the end of today. 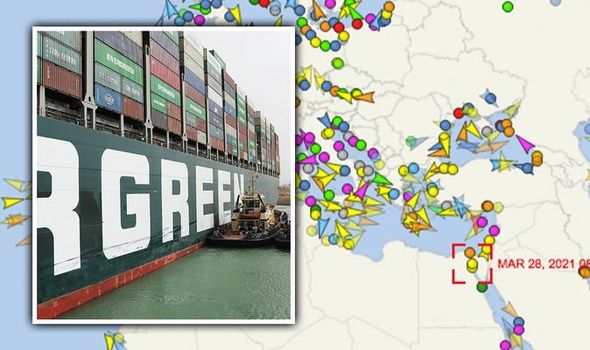 He added: “We expect that at any time the ship could slide and move from the spot it is in.”

If the tugboat efforts fail to move the ship any further however, crews may have to start the process of removing some of the 18,000 containers on board in order to lighten the load – something Mr Rabie said he was reluctant to do.

The blockage is costing Egypt up to $14 million in revenue each day the canal is closed and is holding up $9.6 billion worth of goods.

But John Denholm, president of the UK Chamber of Shipping, says transferring the containers to another vessel or the canal bank would involve bringing in specialist equipment, including a 60m crane, warning: “If we go through the lightering process, I suspect we’re talking weeks.” 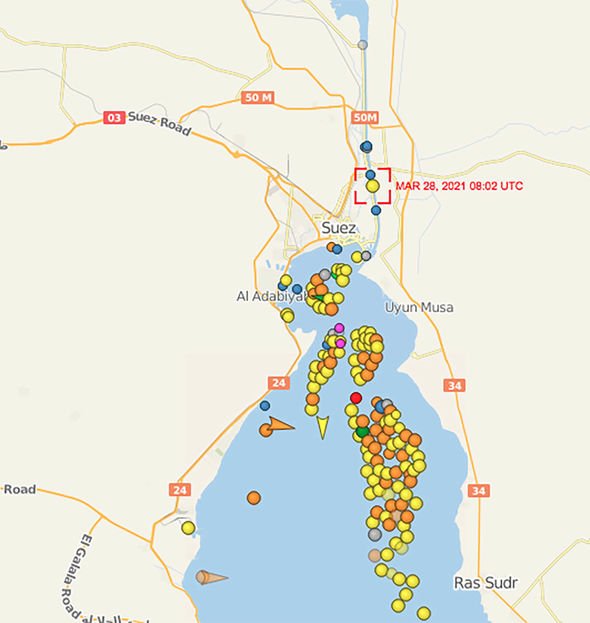 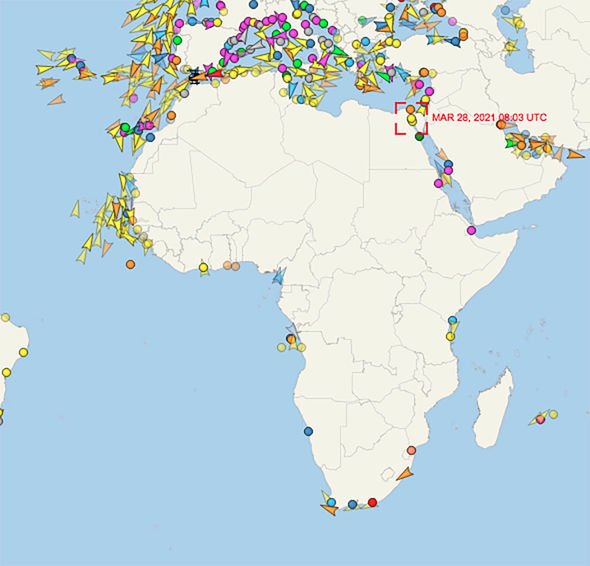 Where is the Suez Canal ship now?

You can see the ship’s current location in the maps above, along with the growing traffic building behind it.

The container ship, which was built in 2018 and currently sails under the flag of Panama, was due to arrive in Rotterdam, Holland on March 31. 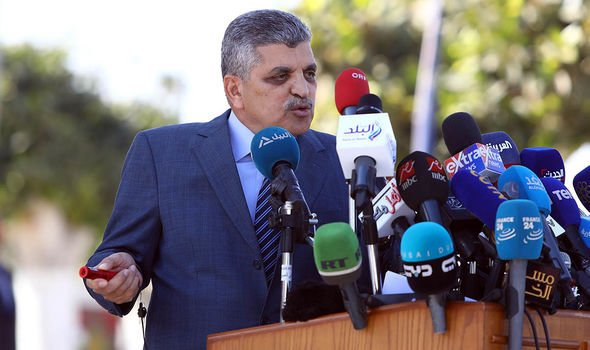 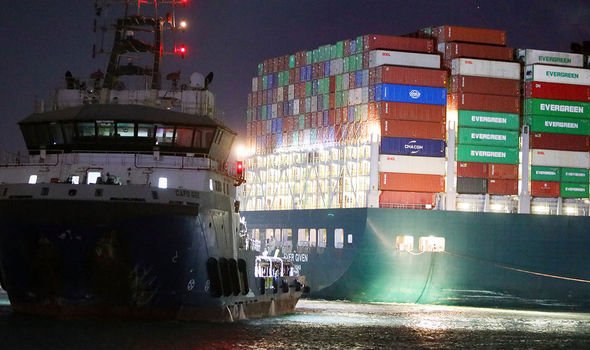 How did the Ever Given get stuck in the Suez Canal?

Since the container ship became wedged on Tuesday, the Ever Given has been the subject of thousands of memes.

The hilarious images question how the ship, which has entirely blocked the through route, was able to get stuck on a diagonal in the canal in the first place.

It was initially reported the 200,000-tonne vessel ran aground due to high winds during a sandstorm that affected visibility.

However, experts now say human error is likely to have come into play. 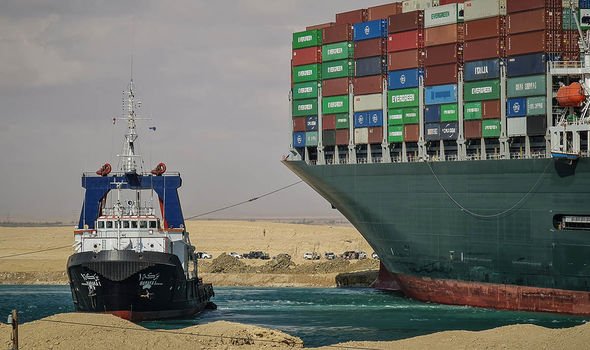 Mr Rabie confirmed weather conditions were “not the main reasons” for the ship’s grounding.

He said: “There may have been technical or human errors.

“All of these factors will become apparent in the investigation.”

Yukito Higaki, president of Shoei Kisen, said the ship did not appear to be damaged, adding: “The ship is not taking water. Once it refloats, it should be able to operate.”