ZURICH (Reuters) – Switzerland’s government is due to unveil on Thursday how it plans to relax the country’s shutdown put in place to halt the spread of the new coronavirus epidemic, Swiss media reported. 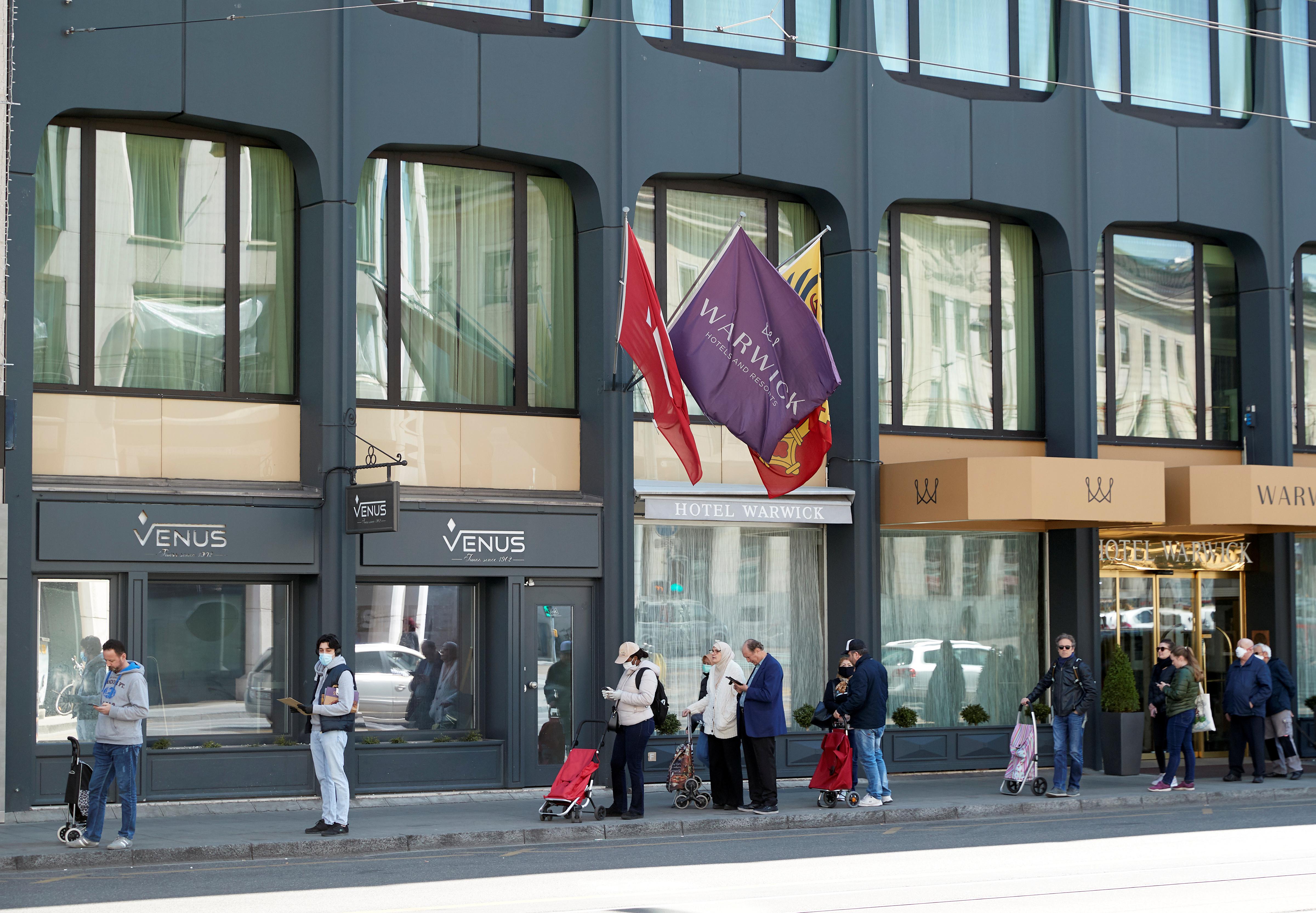 Health Minister Alain Berset will outline a three-stage plan to start a gradual opening of businesses and schools which have been shuttered for a month.

Under Berset’s plan, companies which provide personal services like hairdressers and physiotherapists will be allowed to return to work from April 27, Tages-Anzeiger and Neue Zuercher Zeitung reported.

The number of customers will be allowed on their premises will be restricted, the papers said.

Following a gap of two or three weeks for monitoring, schools could reopen on May 11. Bars and restaurant would remain closed until at least June 8, before reopening in the third phase.

No plans have so far been drawn up for when mass events like concerts or soccer matches can restart. Switzerland has banned gatherings of more than 5 people under its emergency measures.

The plans are not yet settled, the Tages-Anzeiger said citing sources, with the government seeking to prevent the country’s regional authorities acting alone.

Switzerland’s business community, facing huge losses from the shutdown, has been lobbying for lifting the restrictions as a soon as possible.

The COVID-19 outbreak has so far claimed 973 lives in Switzerland, although the rate of positive tests has slowed in recent days.

Neighbouring Austria has already announced a partial exit from its own lockdown, while Germany has announced its own small steps out of the lockdown.

Tags: Coronavirus, HEALTH, Sw, SWISS, US
You may also like
Recent News:
This website uses cookies to improve your user experience and to provide you with advertisements that are relevant to your interests. By continuing to browse the site you are agreeing to our use of cookies.Ok