Dozens of people are still missing after a Russian missile struck the shopping mall in Kremenchuk in the centre of Ukraine. The incident occurred at 3.51pm on Monday, June 27 after many believed the fighting in Ukraine was concentrated in only the easter regions. In the footage, a giant missile can be seen striking the mall from behind a parking lot. The bomb lands behind a row of trees, bursting into a huge orange fireball.

Ukraine said Russia had killed civilians deliberately when it pounded the mall in Kremenchuk. Moscow said the mall was empty and it had struck a nearby arms depot.

“De-li-be-ra-te-ly … It is clear that Russian killers received those exact coordinates. They wanted to kill as many people.”

Authorities said around 36 people were still missing, with the death toll expected to rise as more bodies are found and the injured remain in hospital. 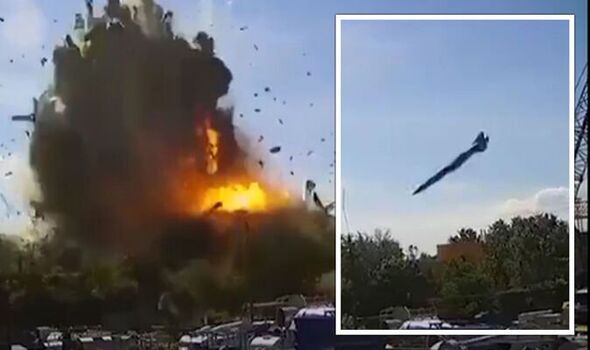 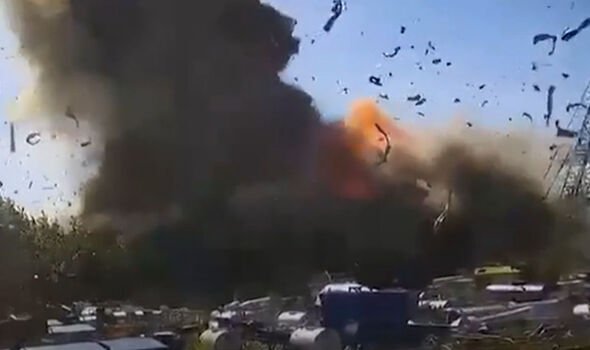 Russia’s defence ministry has denied targeting civilians during the strike, saying that the explosion at the mall was a bi-product of hitting their intended target.

They described the mall as “non-functioning”, having already claimed it was empty when it exploded.

In a daily statement on the war, the ministry said: “In Kremenchuk, Russian forces struck a weapons depot storing arms received from the United States and Europe with high-precision air-based weapons.

“The detonation of stored ammunition for Western weapons caused a fire in a non-functioning shopping centre located next to the depot.”

Mr Zelensky, constrastingly, claimed that more than 1,000 people were inside the shopping mall when it blew up. 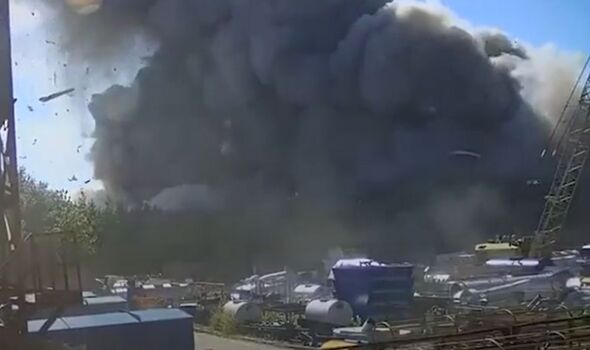 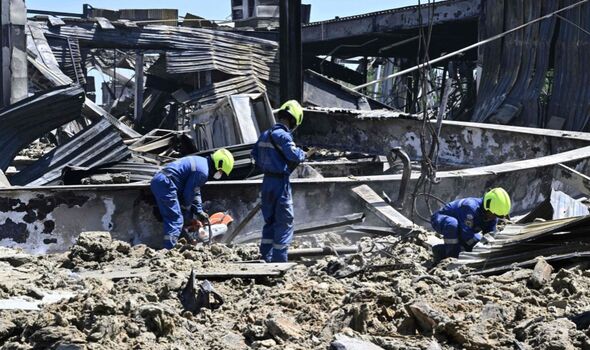 Russia has denied targeting civilian areas during its four-month offensive against Ukraine.

However, the United Nations says at least 4,700 civilians have been killed since Russia invaded on February 24.

And further east in Lysychansk in the Luhansk region, a key battleground in Russia’s assault on the industrial heartland of Donbas, the governor reported increased military action.

The situation in Lysychansk resembles that in its twin city Severodonetsk more than a month ago when the Russians started taking building after building, Luhansk Governor Serhiy Gaidai said on Wednesday. Severodonetsk fell to Russia last Saturday. 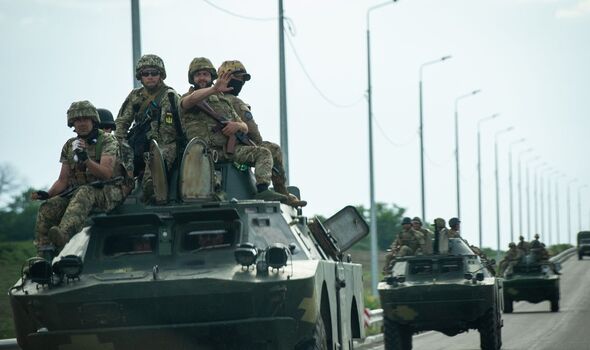 Mr Gadai said: “The situation in Lysychansk is very difficult. The Russians are using every weapon available to them …and without distinguishing whether targets are military or not – schools, kindergartens, cultural institutions.”

He added: “Everything is being destroyed. This is a scorched-earth policy.”

The mayor of the southern city of Mykolaiv, Oleksandr Senkevych, said a multi-storey residential building had been hit this morning and rescuers were working there.