Public transport was shut down and roadblocks set up in Bangkok as Thailand’s capital experienced a fourth straight day of anti-government protests.

Pro-democracy activists have been trying to evade the authorities and using social media to get followers to join them before police have time to block them.

However, unlike protests a day earlier, which saw police using water cannons to keep people at bay, demonstrations on Saturday were peaceful, with no reports of any clashes by the time participants started heading home in the evening. 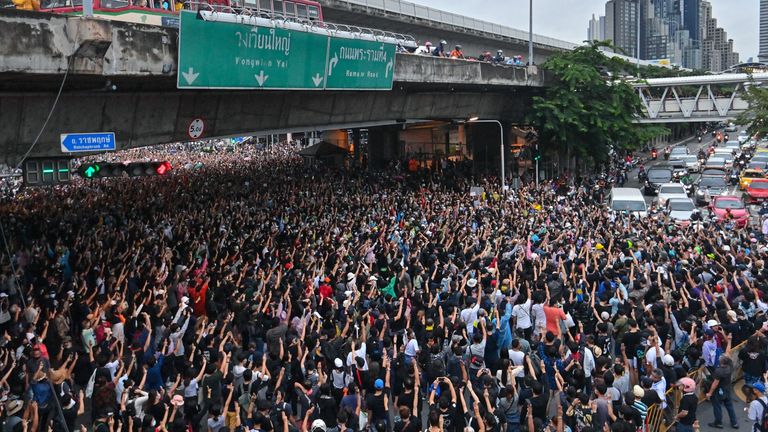 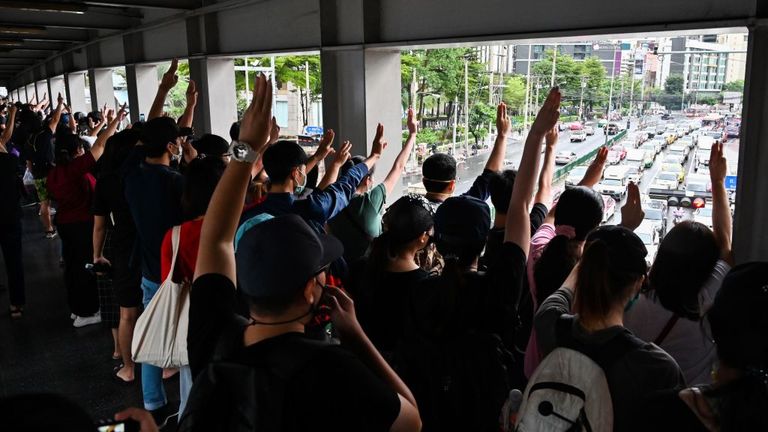 In the past few days, hundreds of activists have been able to gather despite authorities’ attempts to stop them, with many using the three-fingered salute to show their support for the protests. Its use is taken from the Hollywood film The Hunger Games and was banned by the military junta who took power in a coup in 2014.

The government in Thailand has announced it plans to take legal action against those using Twitter and Facebook accounts to publicise the protests, but information was still being posted on Saturday morning.

The demonstrators want the country’s prime minister, Prayuth Chan-ocha, to leave office, and the Thai constitution changed to make it more democratic.

The action comes despite a state of emergency being imposed on Thursday after demonstrators obstructed a royal motorcade transporting Queen Suthida a day earlier.

As the queen passed by, protesters were seen doing the three-finger salute, which has become a symbol of resistance in the country.

All the stations in Bangkok’s elevated Skytrain mass transit system were ordered to close on Saturday in an effort to prevent protests taking place.

A line of the underground system was also shut, and police also blocked off several roads. Organisers had told followers to meet at Skytrain stations ahead of further instructions. 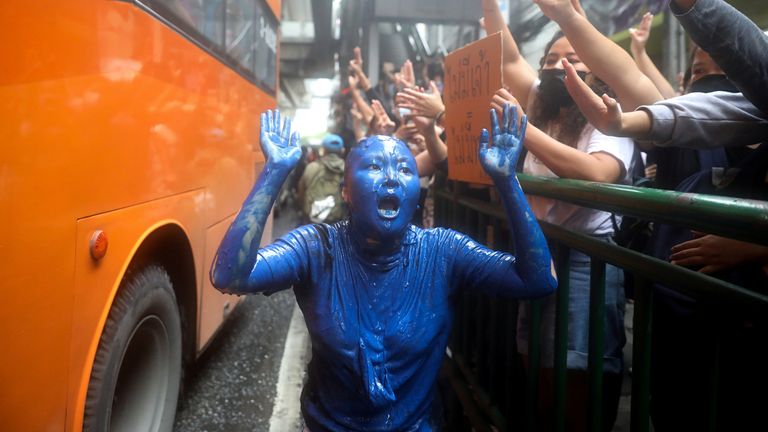 Police took similar action to block demonstrations on Friday, but failed when protest organisers switched the location at the last minute.

Friday’s rally was broken up by large numbers of riot police.

At least 1,000 people had gathered before water cannons were used – the first time authorities have used such force against the student-led protests.

One protester, a 26-year-old who asked for her name to be withheld, said: “The government has been pushing us to the cliff and now we have nowhere to go. We need to stand right now; if not now, then we don’t know when.” 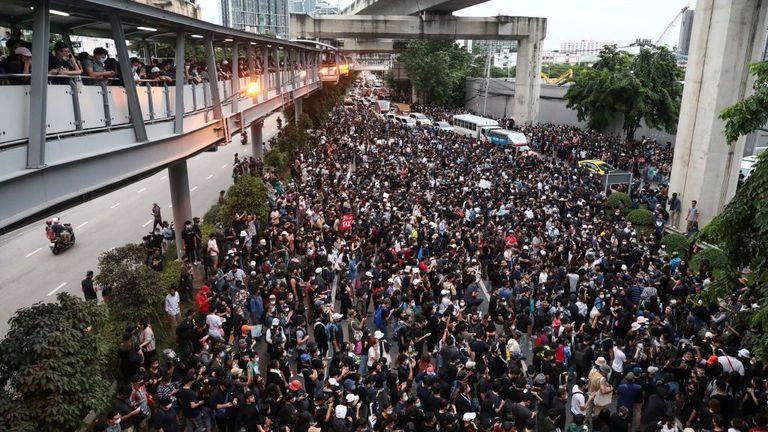 Protests were also held at several universities around the country.

The People’s Party, which has said it is representing the protesters, said: “From the dispersal of protesters on the evening of 16 October, we have learned that the government and military have established themselves as the enemy of the people.”

Most of the party’s leaders have been arrested.

The moves have angered many older conservative Thais, who regard criticism of the monarchy as effectively treason.

Key members of the royal family are protected by a law that can result in up to 15 years in jail if someone is deemed to have insulted the institution.