Homeowners affected by Ireland’s latest defective homes scandal have vowed to continue battling for full redress from the government.

At least 5,000 Celtic Tiger-era homes, mostly in Counties Donegal and Mayo, are crumbling because of substandard building blocks that contain high levels of mica. The mineral absorbs water and leads to disastrous cracking in walls.

The gable end was reminiscent of a warzone, with huge chunks of masonry scattered among rubble, the exposed blocks riven with cracks. She was able to peel parts of her exterior wall away with her bare hands.

“As you can see, the cracks are just getting worse every day,” Ms McLaughlin said.

“All the cornerstones have started coming away and bursting. It’s crumbling away, you can fit your hand in and then bits will come off. It’s just constant.”

As she spoke, she rubbed her hand roughly over the concrete surface, which crumbled away. Locals have said the consistency of the material is like dry Weetabix.

“Yeah Weetabix, definitely,” Ms McLaughlin said, jumping back as a large piece of masonry almost fell on top of her. “God, I wasn’t expecting that.” 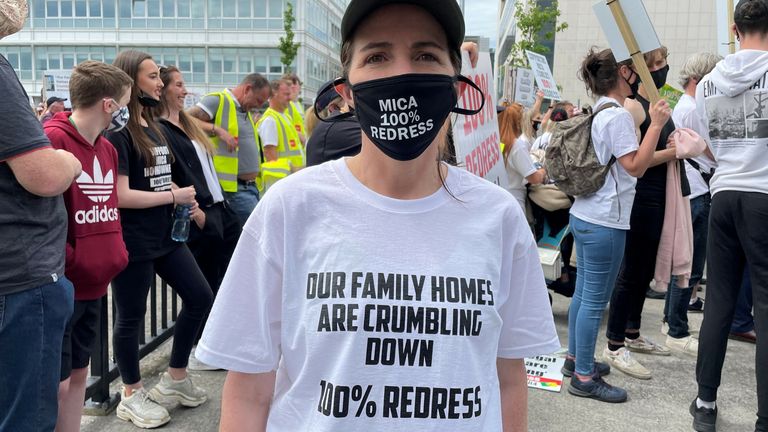 I asked her what it’s like to live in a house in this condition.

“It is scary,” she said, “especially when it’s so quiet at night time. You can hear the popping and banging, and some debris falling off.”

A short distance away in Buncrana we met Claire McDaid, originally from London, but living in Donegal for 28 years. The home she and her husband Greg bought has a spectacular view over Lough Swilly.

“We are living in a beautiful place, but we live in a nightmare,” she said. The house, badly affected with mica, has been recommended for demolition by an engineer.

“Mica has affected every wall in the house, inside and out,” Ms McDaid said.

“Demolition, it’s a hard thing to face, a really hard thing. Apart from the financial implications, the stress… it’s very hard to put into words how stressful it is.” 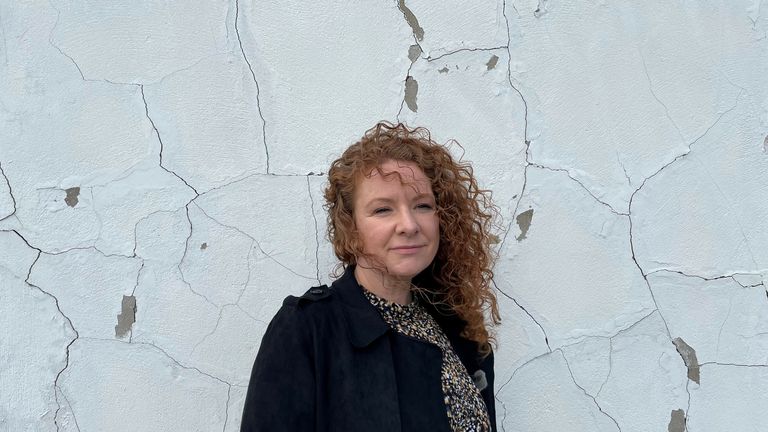 The affected homes were mostly constructed during Ireland’s “Celtic Tiger” economic boom of the mid-1990s to mid-2000s, a time of light-touch construction regulation.

Legal action was taken by some homeowners against at least one supplier of the defective blocks, but failed to secure compensation.

But affected families have said that due to various restrictions and caps in the scheme, the figure left to pay is closer to 30% than 10%. This equates to bills of up to €100,000 (£85,000) for families to pay, as many homes are destined for demolition.

In desperation, thousands of people travelled south to Dublin for a protest outside the Dail [Irish parliament] on Tuesday, calling on the government to increase the redress to 100%. Irish Prime Minister Micheal Martin, who visited stricken families in Co Donegal last week, refused to say if the government would commit to a 100% redress scheme.

Speaking after the protest, Mr Martin described the homeowners’ predicament as “scandalous” and “devastating”, but said there would be a working group set up to examine the issues and report back on 31 July.

The housing minister Darragh O’Brien has said the number of affected homes could be closer to 10,000 and the final bill for redress could reach €1.5bn (£1.3bn).

The mica-affected families see the new working group proposal as kicking the can down the road. They are cautiously optimistic the government will offer more, but say that anything less than 100% will be a betrayal – and will lead to further protests.

Tags: Are, cracks, getting, just, The, W
You may also like
Recent News: