The chef Blaine Wetzel first came to Lummi, a tiny island in the San Juan archipelago of Washington State, in 2010. At age 24, he was fresh off a two-year stint at the vaunted Copenhagen restaurant Noma. He could have found a job in any kitchen in the world.

Instead, he’d answered an ad on Craigslist, posted by a chicken farmer who owned a century-old inn on Lummi Island, 100 miles north of Seattle and reachable only by ferry. Sight unseen, Mr. Wetzel had fallen for the island’s ravishing isolation — fewer than 1,000 people live there full-time — and its unspoiled forests, farms and fisheries.

Since he took over the kitchen at the Willows Inn, it has become a global destination, fully booked nearly every night of its annual season, from April to December. Culinary pilgrims come for multicourse dinners of foraged dandelions, custards infused with roasted birch bark and salmon pulled from Pacific waters they can see from the dining room. After dinner, they float up to one of the luxe-rustic bedrooms, and wake up to wild blackberries and long-fermented sourdough.

Beyond the food, they come for the story, and pay at least $500 to live in it for a night.

But 35 former staff members who spoke to The New York Times said that story — the one Mr. Wetzel tells to diners, to the media and to aspiring chefs who come to Lummi to learn from him — is deeply misleading. 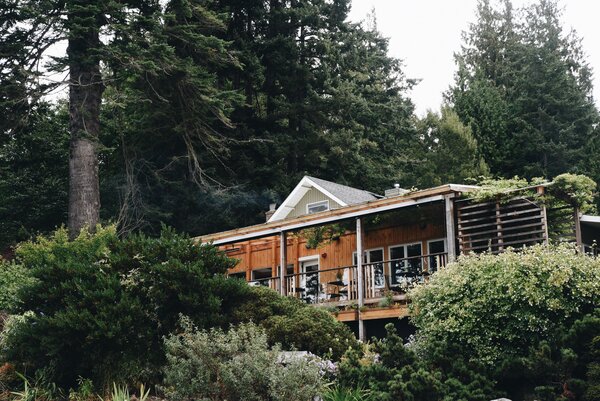 For years, they said, Mr. Wetzel’s culinary pedigree and the Willows’ idyllic image have hidden an ugly reality that includes routine faking of “island” ingredients, physical intimidation and verbal abuse by Mr. Wetzel, including racist, sexist and homophobic slurs; and sexual harassment of female employees by male kitchen staff members. In March, the Willows agreed to pay $600,000 to settle a class-action lawsuit, after a 2017 federal investigation confirmed accounts of wage theft and other unfair labor practices.

Former employees who grew up on the island told The Times that as teenage girls, they were touched inappropriately, given drugs and alcohol and pressured into having sex by men on the kitchen staff and visiting chefs. Former managers said Mr. Wetzel and the inn’s longtime manager, Reid Johnson, have been aware of these troubling patterns for years, but did little or nothing to change them.

In response to questions from The Times, Mr. Wetzel wrote, “We are deeply saddened to learn that some former employees shared concerns about our business. Our goal is for anyone who works at the Willows to think of us as the most kind, caring, generous, and talented people they have ever worked with and that the Willows was the best job they have ever had. If we are missing that mark in any way, we must improve.”

In a subsequent email, Mr. Wetzel, 35, denied the substance of most allegations. Mr. Johnson did not respond to requests for comment.

Meredith O’Malley, 29, was a dining room manager at Del Posto in Manhattan when she dined at the Willows in 2016, soon after Mr. Wetzel was named Best Chef in the Northwest by the James Beard Foundation. She immediately decided to move to Lummi to work as a server on the inn’s team of 30-odd people. “You think it’s going to be this dream: local sourcing, one service a day, sunsets every night,” she said. “But all these problems were swept under the rug.”

Along with eight other senior staff members, she resigned last season, disgusted by a toxic culture they say begins with Mr. Wetzel’s autocratic, erratic management style and permeates the workplace.

“I am really proud of the work I did there,” said Teo Crider, 31, who resigned as bar manager in November after five years at the Willows. “But the atmosphere was nightmarish.”

Some former employees said the Willows is no worse than other top kitchens, where perfectionism is rewarded and fanaticism about ingredients is admired. “I wanted to learn and grow, and I didn’t take it personally when Blaine was being tough,” said Robert Mendoza, who now heads the kitchen at the Paris restaurant Vivant.

But far more said that Mr. Wetzel’s substitutions cross the line into deception, and that his behavior often crossed the line into abuse.

The Willows opened for the 2021 season this month. Some of the new chefs have worked with Mr. Wetzel’s wife, the celebrated chef Daniela Soto-Innes, who won awards and accolades for her modern Mexican cooking at the New York City restaurants Cosme and Atla. Ms. Soto-Innes resigned from those restaurants in December and moved to Lummi, but she and Mr. Wetzel told The Times she has never worked at the Willows.

The couple’s romance, lavishly documented on Instagram since they met in 2018, has added a glamorous chapter to Mr. Wetzel’s story. His fame rests on his longtime claim of using only the island’s locally foraged, fished and farmed ingredients, mainly from the inn’s one-acre Loganita Farm.

But all of the restaurant employees interviewed disputed that claim. In fact, they said, most ingredients were ordered from distributors and farms on the mainland. When local produce ran out, cooks routinely bought supermarket ingredients, like beets and broccoli, that were then passed off as grown or gathered on Lummi.

They said “Pacific octopus” arrived frozen from Spain and Portugal; “wild” venison purportedly shot on the island was farm-raised in Idaho; “roasted chicken drippings,” part of a signature dish, were made in big batches from organic chickens bought at Costco.

“On my first day, I was cutting frozen Alaskan scallops down to the shape and size of pink singing scallops,” said Julia Olmos, 24, a line cook from 2017 to 2019.

Mr. Wetzel’s claim, said a longtime sous-chef, Scott Weymiller, was mathematically impossible: to serve 25 different plates to up to 40 people, six nights a week, from a nine-square-mile island. “You can do that for two days, but you can’t do it for two weeks,” said Mr. Weymiller, 32. “Much less for an entire season.”

Guests who requested vegetarian and vegan versions of the menu, they said, were routinely served standard dishes made with chicken and seafood. Mr. Wetzel denied this.

In response, Mr. Wetzel said “we never misrepresent our ingredient sources,” and described how the Willows grows and sources food on the island. He did not, however, deny that many ingredients come from elsewhere, including organic chickens.

Employees said they were uncomfortable with the lies, but far more troubled by the poisonous work atmosphere.

“The way in which people were abused and belittled there was horrifying,” said Spencer Verkuilen, 28, who said Mr. Wetzel shoved, screamed at and sent him home in full view of customers when he served a course out of order to one table. (Mr. Wetzel denied this; several employees confirmed it.)

In recent years, the restaurant industry’s longstanding tolerance of tyrannical chefs has begun to crumble. The #MeToo and Black Lives Matter movements have produced new awareness and language regarding inequality, bias and harassment in kitchens. Leading chefs like René Redzepi of Noma and David Chang of Momofuku have acknowledged the harm caused by their past behavior, and many others have vowed to raise professional standards.

But Willows employees said the kitchen atmosphere of misogynistic language and homophobic slurs has remained. Mr. Wetzel has publicly humiliated cooks whose work displeased him, often using a derogatory term for mentally disabled people to disparage them. He also has used racist language to describe Latino employees and Asian customers, they said.

“We used to laugh it off, give Blaine the benefit of the doubt,” said Larry Nguyen, who arrived at the Willows in 2018, having cooked at renowned restaurants like Noma, and Central in Lima, Peru. “We fully believed it was ignorance.”

But last summer, Mr. Nguyen said, after he and another Asian-American chef confronted Mr. Wetzel about using offensive language, including a racist slur directed at them, Mr. Wetzel denied ever having done so. Both chefs resigned within a day. Mr. Weymiller, the sous-chef, also quit in solidarity.

Mr. Wetzel said he had never used racist language of any kind. “My step mom and brother are Chinese, my wife is Mexican, and anyone that would claim I was racist is lying.”

Female cooks said that in addition to enduring constant barrages of sexual innuendo from male colleagues, they were consistently blocked from promotion and nudged out of the main kitchen by Mr. Wetzel.

Jen Curtis, 39, was a seasoned chef de cuisine when she left a job and went back to culinary school, just so she would be eligible to cook at the Willows as an intern. “The cuisine is what I identify with,” said Ms. Curtis, who grew up on a Cape Cod farm. “Hyperseasonal, coastal, handmade.”

When she was hired full-time, she said, Mr. Wetzel told her she was in line for a sous-chef position. (Many employees said they had heard the same promise, usually when they were on the verge of quitting.) But she said that after two years of watching younger men steadily being promoted ahead of her, and seeing other women chefs ignored, she resigned.

A Rise in Anti-Asian Attacks

A torrent of hate and violence against people of Asian descent around the United States began last spring, in the early days of the coronavirus pandemic.