PRAGUE (Reuters) – Thirsty Czechs were allowed to return to beer gardens on Monday in one of the government’s most eagerly anticipated measures to relax coronavirus restrictions. 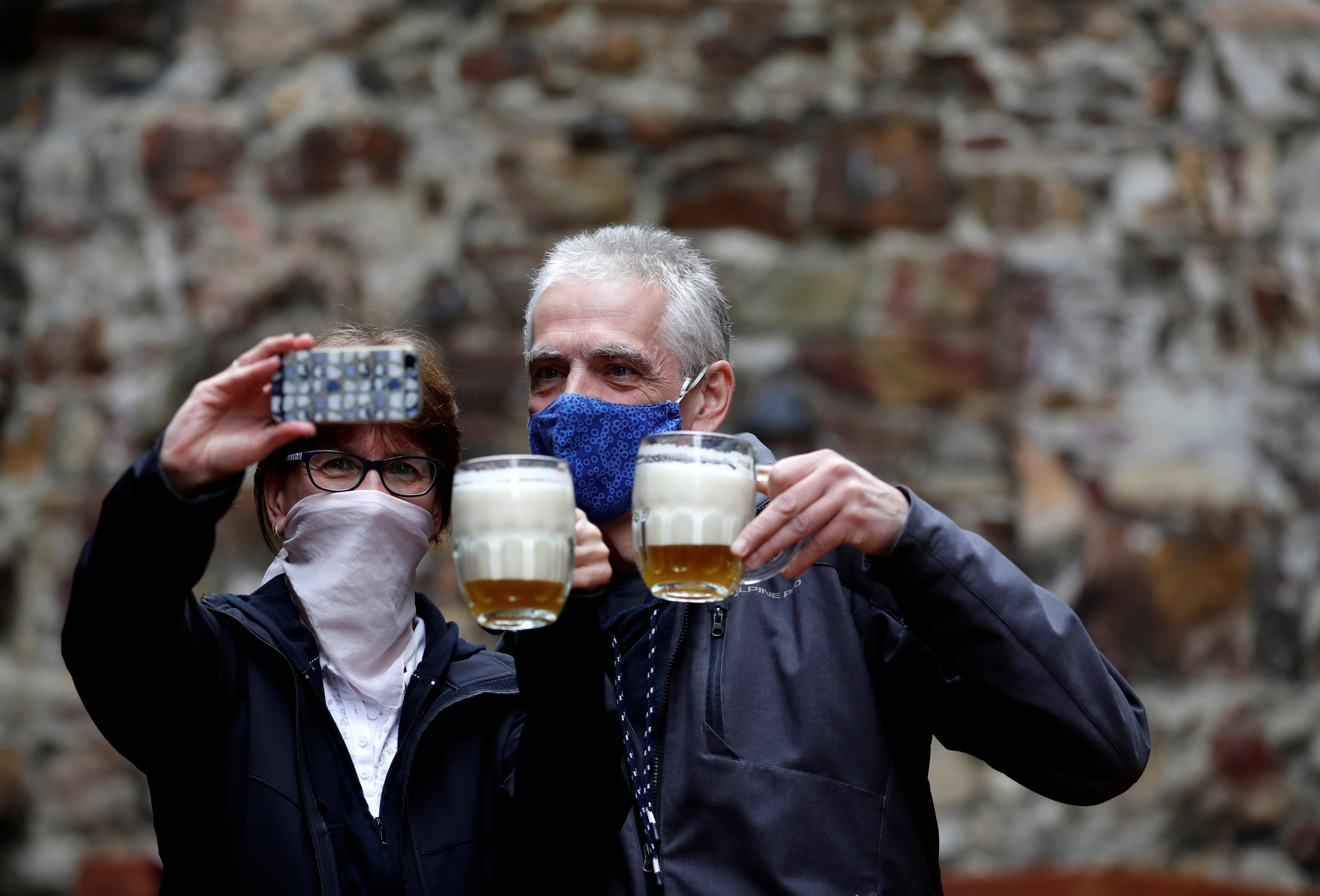 Authorities also permitted some schools, hairdressers, malls, cinemas and other businesses to reopen. Museums and galleries opened their doors and the government gave the green light for weddings, cultural and religious events of fewer than 100 people. Professional sports teams resumed full training.

But for many Czechs – who rank as the world’s biggest beer drinkers per capita – the reopening of restaurant terraces and beer gardens was a highlight of the government’s plan to re-start the economy in stages.

“Considering the beer is finally in a glass rather than a plastic cup from a take-away window, it is absolutely great,” said Ivan Verner, a retiree sipping a Pilsner Urquell at the historic U Pinkasu pub in central Prague.

Late-morning drinkers filled half the tables. The other half were closed due to social distancing restrictions.

“I’ve been looking forward to this moment since they announced the news beer gardens would reopen,” Verner said.

Strict lockdown measures have taken a harsh economic toll, with Czech manufacturing activity at its weakest since the 2009 global financial crisis. But the country is now slowly moving towards some semblance of normality.

“The clothes we should have been selling for the spring, we will now be selling in the summer and in the fall,” said Michal Micka, owner of the Pietro Filipi and Kara fashion brand chains, who predicted a 25% sales drop in 2019.

“That is the only way to deal with this. We have stock and we have to sell it.”

The government has sought to help companies with salary subsidies and rent deferrals but many firms say a complicated application process makes assistance hard to come by.

Authorities also eased travel restrictions from Monday, allowing residents from outside the European Union to enter the country if they can show a negative COVID-19 test and are taking up certain kinds of work, such as in the healthcare sector.

Trains and buses also restarted foreign routes while Czech Airlines has said it will resume some operations on May 18 with flights to Amsterdam, Frankfurt, Paris and Stockholm.

The Czech Republic reported 8,123 cases of the virus by Monday morning with 280 deaths, far less than many of its western European neighbours.

For an interactive graphic on new coronavirus cases in the Czech Republic: tmsnrt.rs/2S2oJ8A?eikon=true

(This story refiles to delete extraneous word from first paragraph)

Tags: Coronavirus, Czech, Ea, HEALTH, US
You may also like
Recent News:
This website uses cookies to improve your user experience and to provide you with advertisements that are relevant to your interests. By continuing to browse the site you are agreeing to our use of cookies.Ok