WUHAN, China (Reuters) – For barber Xiong Juan, a recent easing of restrictions in the city of Wuhan, epicenter of China’s coronavirus outbreak, means she is now busier than ever. 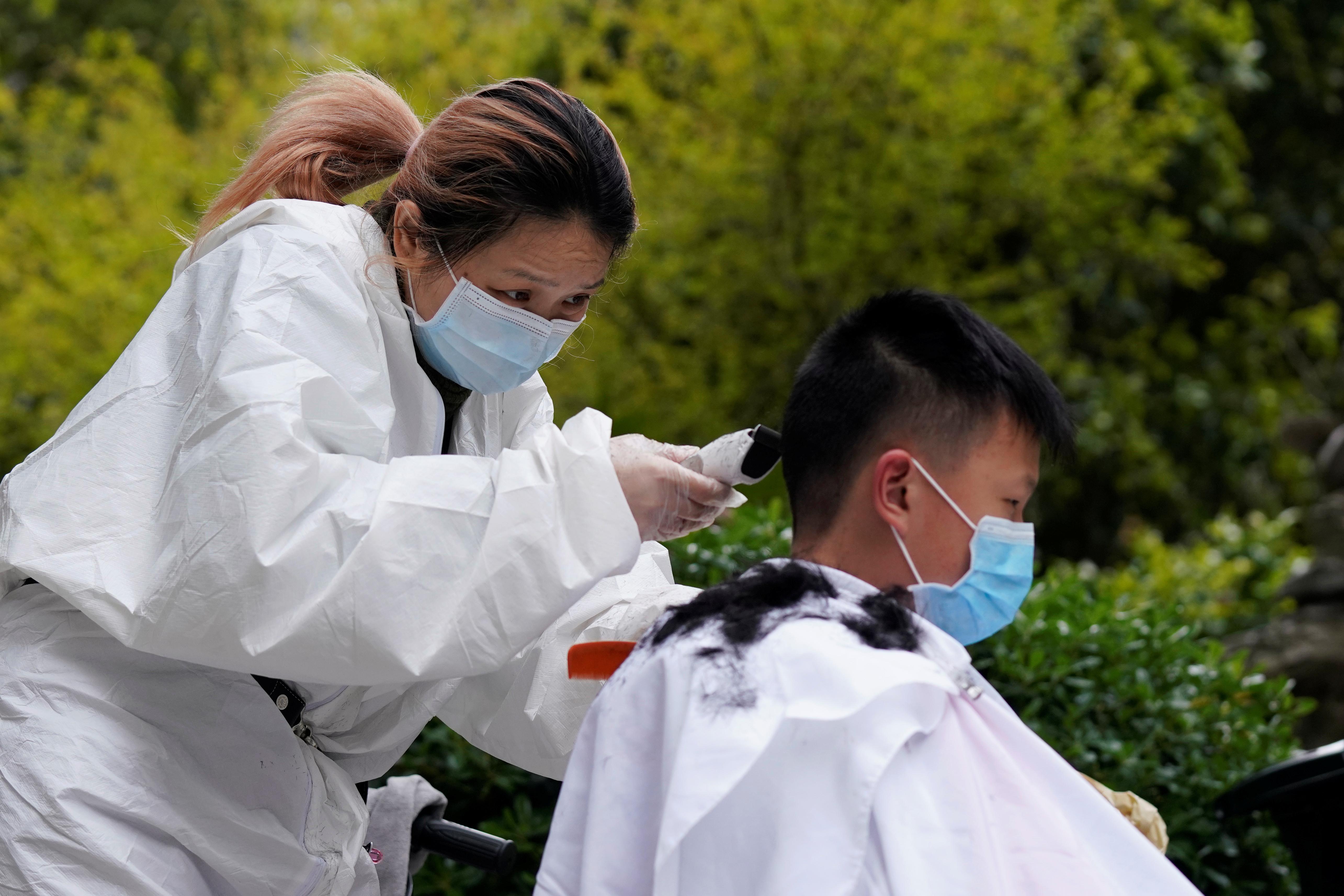 Xiong, 39, now spends her days riding around on her electric bicycle and offering her services to local residents who like her were stuck at home after authorities ordered a lockdown in the city of 11 million people in early January.

“It was so difficult to bear,” said one client who only gave his surname as Ren, describing how his hair had grown too long since he last had it cut in December.

“This is bliss,” he said as Xiong carefully trimmed his hair with a pair of clippers.

Xiong worked at a hairdressing salon but, like hundreds of thousands of businesses across China, it had to shut due to government measures to stem the spread of the coronavirus, which as of Sunday had infected 81,470 people and killed 3,304 in mainland China, mostly in Wuhan.

Xiong stayed indoors to look after her two children, but started venturing out three weeks ago. The additional income is welcome after being off work for such a long time.

“In a day, if it’s a peak period, I might work from 8 a.m. in the morning till 6 p.m. in the evening to cut the hair of 70 people,” she said from an open-air square of a residential compound where she had set up a plastic chair for clients to sit in. She lets them see their final look via her iPhone camera.

Each client is charged 30 yuan ($4.23), much lower than her usual salon-based cuts, which cost up to 156 yuan. She only cuts men’s hair as they usually take less than 15 minutes.

Xiong wears a hazmat suit and gloves and disinfects the clippers between each customer. She usually finds customers by word of mouth or just riding around, and sometimes cuts their hair at the roadside due to the restrictions some compounds still have on visitors.

The salon where she works is expected to reopen in due course when restrictions are eased further.

Asked about the risk of infection, she said: “Of course I’m still a little scared. But society needs us so I should help in the little way I can.”

The relaxing of curbs in Wuhan, where the virus first emerged in December, comes as the number of new local cases in China drops sharply, though the disease has since spread to 203 other countries, prompting lockdowns there too.

Tags: BA, China, Coronavirus, HEALTH, US
You may also like
Recent News:
This website uses cookies to improve your user experience and to provide you with advertisements that are relevant to your interests. By continuing to browse the site you are agreeing to our use of cookies.Ok